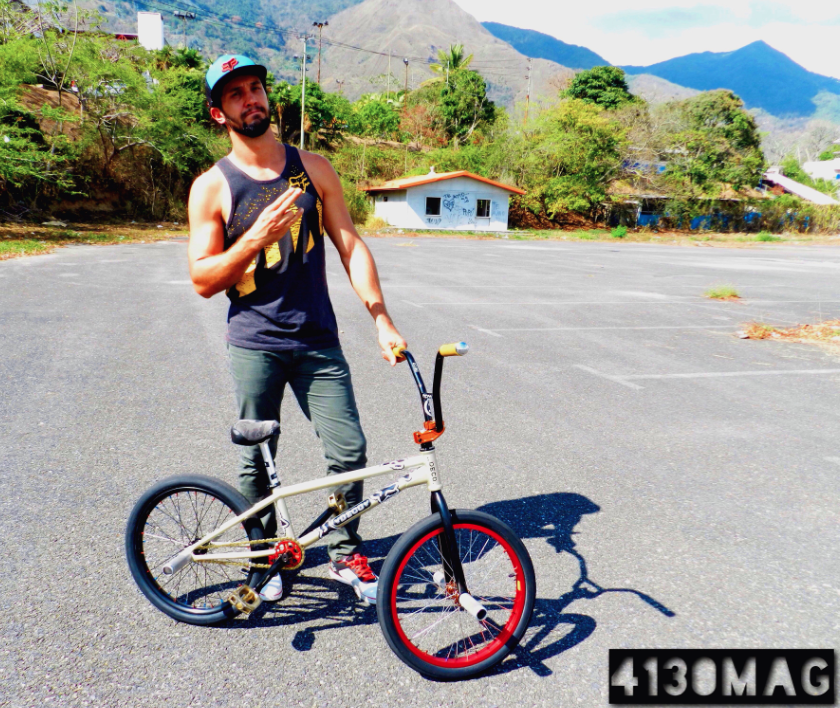 Lot of sponsorship news coming in at the moment, here is the latest from
Alejandro Marques….

“The Venezuelan BMX Flatland rider Alejandro Marques started the year with two important events; the renewal of his contract with FoxHead Venezuela and the beginning of his sponsorship with the brand Deco BMX.

2016 comes with tons of important projects on Alejandro’s side, he has a series of “How to” mechanics and trick tutorial videos on his Youtube channel and he is also about to present the second edition of his Online competition.

His contract with FoxHead extends for ten more months, with DecoBMX he starts a new alliance that comes at the right time since Alejandro is in the middle of some interesting plans to position the brand in the country. Venezuela is in the middle of the worst economic and political crisis in the history and still Alejandro has managed to put together the #AlejoMarquesOnLineJam, this competition allows riders to compete by sending videos without the extra expense of traveling; this time street riders get the chance to show off their talent and win amazing prices.

The support of brands like FoxHead Venezuela and DecoBMX will allow Alejandro to keep promoting BMX in his country and to keep working on what he is preparing for months to come. We will have to keep an eye on what’s coming this 2016.”