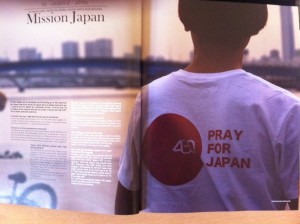 Issue 2 of ART magazine came through the door yesterday, the “japan” cover is not only timely but beautiful (you’ve all seen it so I won’t show it again) and the editorial is dedicated to “Mission japan”, Hiroshi from 430 clothing talks about his “pray for japan” campaign, Taiko Kaneta known for his back wheel madness, tells the moving story of the refuge work he is doing, and describes how the money generated from 430 clothing has gone into the cause. The layout and photography by Green G, is incredible.

So what else is in this issue?
-The First main article I came to “Who the Fuck is Martti Kuoppa?”, an amazing double page spread of Martti doing a x handed brakeless decade opens the interview, the interview discusses sponsorship, his contest achievements, trick mastery, the devil, Alcohol, and Groundtactics ” The whole deal is to being some new tricks on the table. Like when our generation was coming up, each contest we went, I knew someone would bring some new tricks to the comp so I did the same. Then the whole thing/attitude changed and that wasn’t too important anymore. When I realised that it is no more important to go out to a comp and bring some new tricks I did not want to support the comps anymore and started thinking Ground tactics.”… 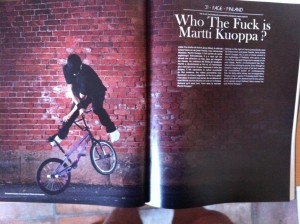 The Brazilian scene gets a dope five page article, with some great insight on their scene from Claybom, Lisias Tabarelli, Marcelo Lima, and Neston. They discuss years riding, Claybom’s video collection, international comparisons of scenes, scene unity, how easy it is to get parts, the contest scene, the talented riders, Claybom – ” I always try brand new stuff. That;s the opposite I see in the world scene. I see riders doing the same combo over and over just to get dialled on the their runs in contests. I call them all “contest riders”. In a few years these riders will tend to disappear”. I can’t recall too much coverage in the printed media on the brazilian scene aside from Balu, so it was refreshing to read about their scene. 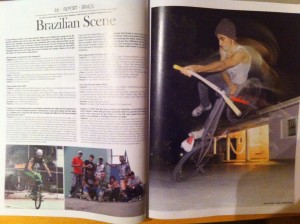 ART already has grown since the first issue, as I said before, It really doesn’t feel like “traditional” magazine, but something that rightly people outside of bmx would pick up, and be able to look at and comprehend. Besides those two articles I already previewed theres a lot more. 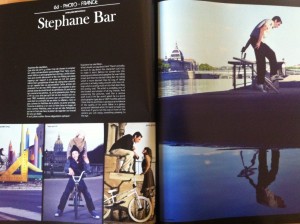 Besides the flatland coverage, ART caters for everyone, theres park, street, racing,dirt, lifestyle, girls, scene checks, it’s all here!
Already since the first issue you can see how the magazine has grown, beautiful photography and layout, I wish other magazines would take a lead from ART, and cover the flatland. I guess this is what sets ART apart from the rest.

Congratulations to the ART crew on a cracking issue!