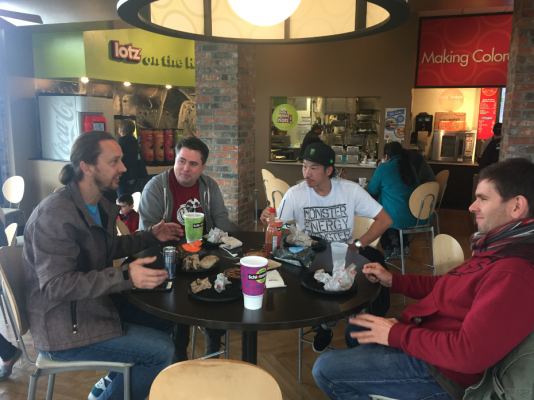 The McGraw household is full with flatlanders as the weekend draws nearer, yesterday we kicked out the day with breakfast at Schlotzskys. Before heading down to James’ work, upon arrival we met old school legend Robert Castillo, Gary Knecht, Tyler Gilliard and our AM BITR video winner, Salvatore Castro all the way from Chile plus many others who started arriving as the day went on. 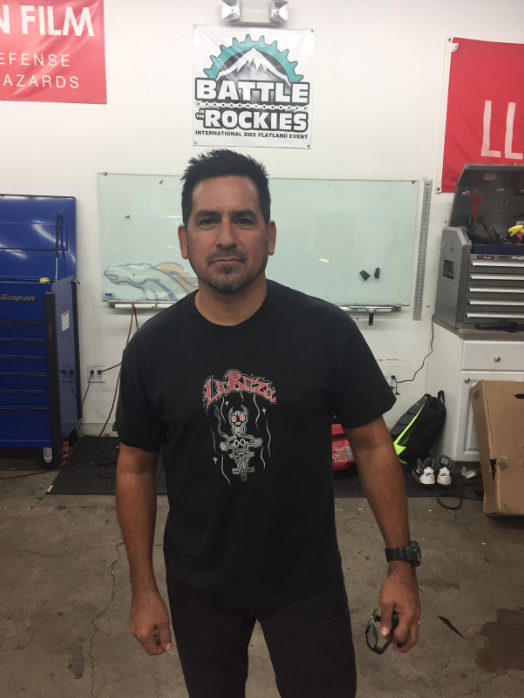 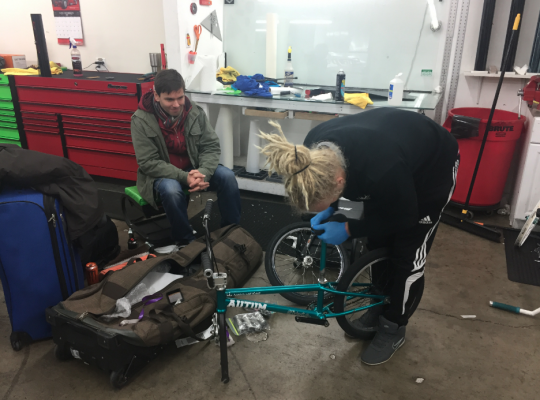 Myself and Todd Carter were on a mission to get the trophies done for the contest and for year end, the process of individually sticking each word on the wooden places was a time consuming but rewarding one, after around 5 hours we were done. 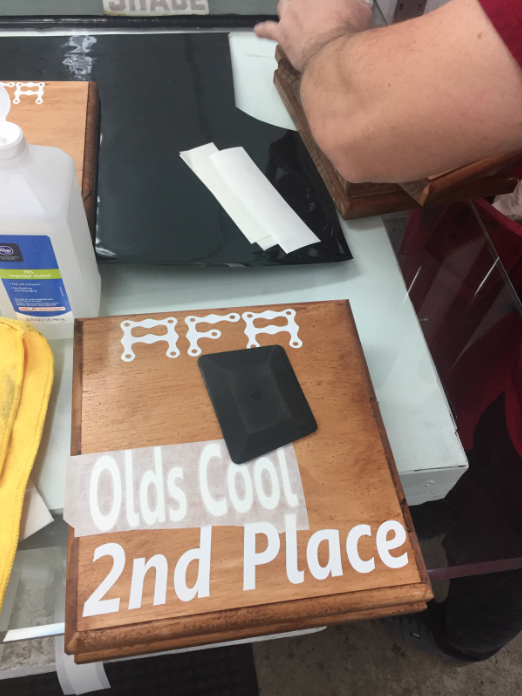 In the morning we had light snow flurries, which quickly turned into heavy snow. A few days ago, Mike S told James, the forecast says snow will it snow? Are you on crack? Hahhaha. As you can imagine Mike took great delight in ripping on James, if you are on my social media you will have seen the banter. Good times! 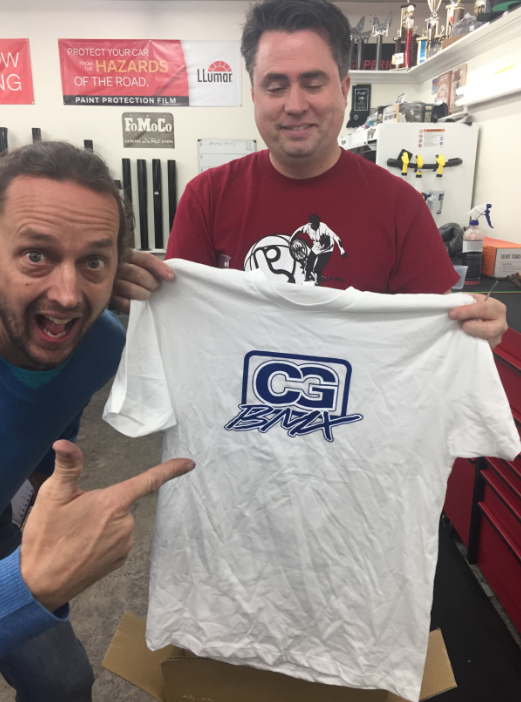 James workshop as you can imagine was a busy one, tinting cars, flatlanders, prizes coming in! We already had some great prizes from Pat over at Flatland Fuel, and also a package from Cheap Goods BMX, which is a store that Gabe Weed runs out in Huntington Beach, California arrived. James and Todd were psyched, see the photo above. This event really has a feel of a community event, everyone together, real family feel. 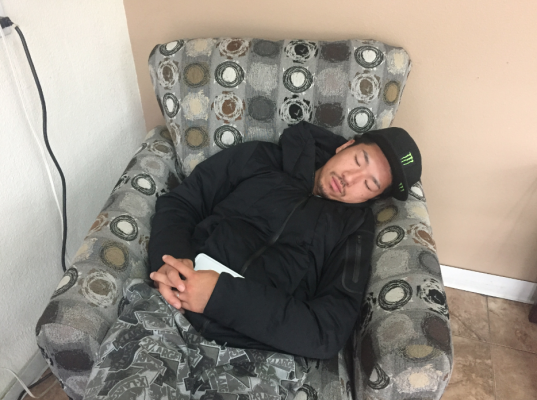 As we couldn’t ride till James business closed, there is a lot of deadtime to kill. In between being in and out of putting the trophies. Riders are putting their bikes together, Bill was getting hyped in the snow outside, Moto sleeping (see photo haha). It wash;t the best day for me personally with a few bike issues, and bad luck with tools. Somehow in a day, my socket wrench breaks, and chain tensioner snaps. Big thanks to Todd Carter for helping out and hopefully will be fixed today. 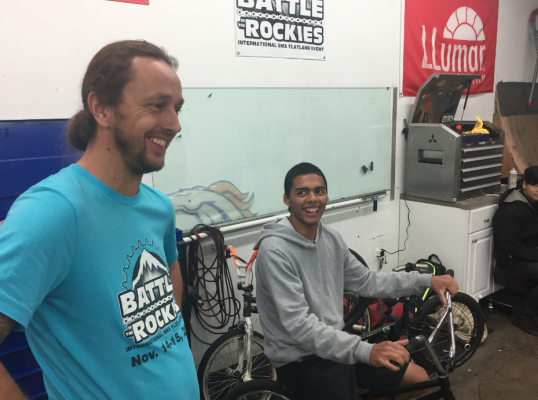 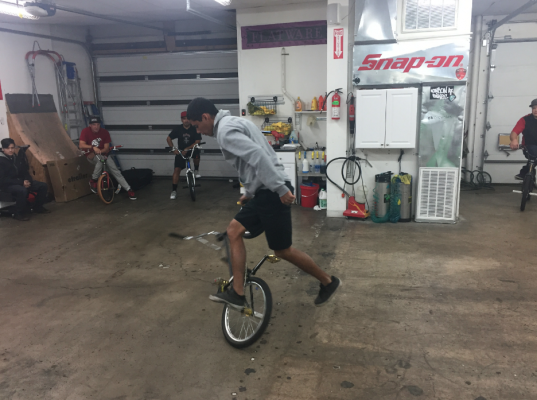 Salvatore Castro built his ride together, and bizarrely has a cable tie on the fork touching the tyre. We all thought it was from the flight, but we were wrong. He uses it stop the tyre for his back wheel riding, Salvatore armed up and quickly showed us all why he was here! Back wheel body varials on lock and so dialled too! 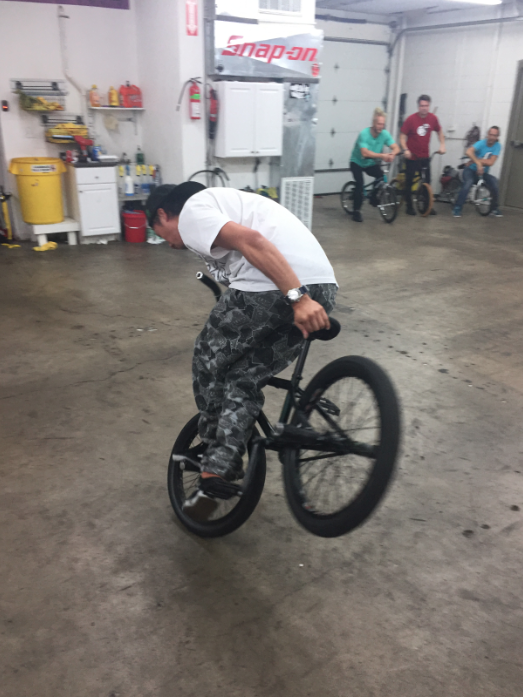 The vibe inside the Tintadome was amazing, riders supporting each other regardless of level. Moto Sasaki and Mike S were going off, and feeding off each others moves and styles. James landed two new combos, Tyler was looking dialled. One of the standouts was Mike S doing multiple brakeless pinkys to double footed back and forth chick squeaks with a clean foot jam type of ride out. Moto treated us to a few moves I haven’t seen before, I won’t spoil it for now. 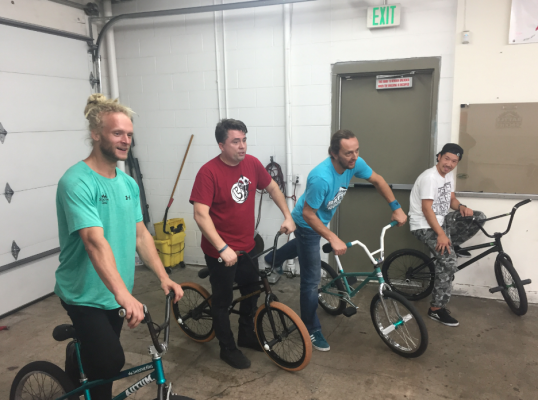 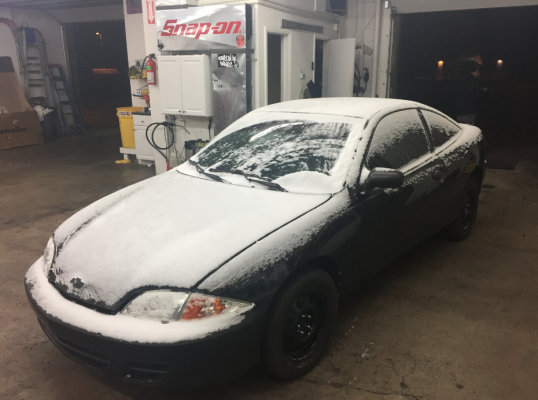 The session wrapped up about 10:30, and we headed back for food on the icy roads. Day 4 was probably the best session yet. Practise day at the contest venue tomorrow, everyone is hyped! 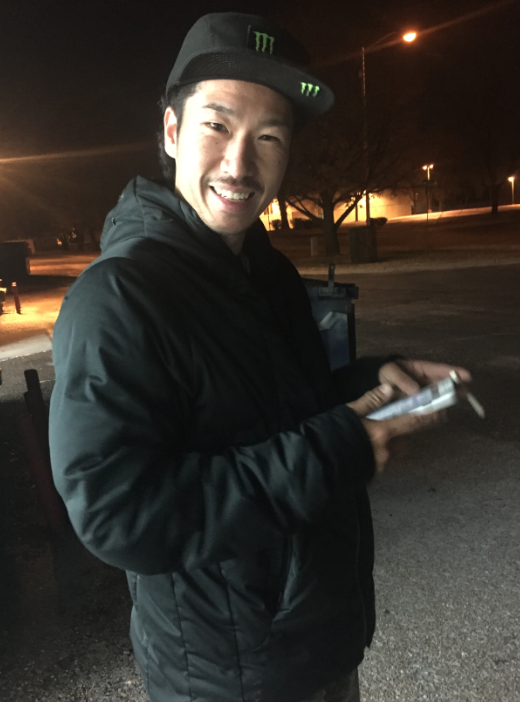 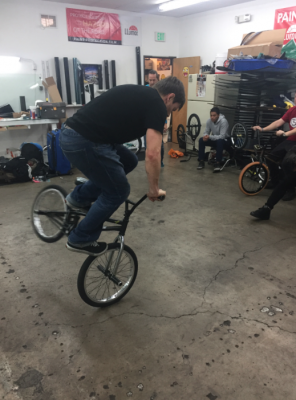