Day 2 was all about Pro Qualifying! It was nice to get some sleep after the long day Friday, most of the riders are all staying at a nearby youth hostel which is really close to the contest site. Bike Days is the largest bike festival in Switzerland, plenty of people here on all kinds of bikes, Mtb, Trails, Roadbikes, and plenty more. So nice to be here and see bikes everywhere! 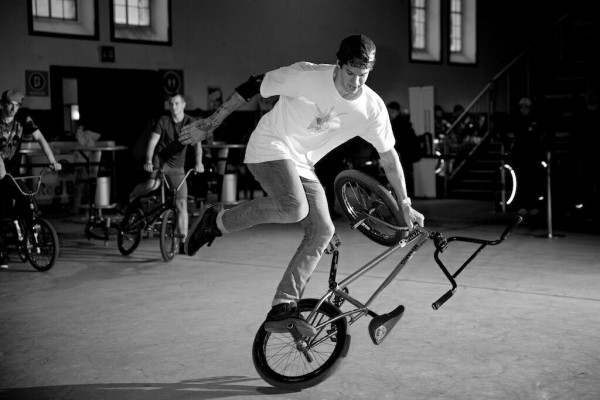 When I arrived first thing in the morning, I expected a lot of riders to be there practising for the qualifying at 3pm, but it was only Dominik Nekolny and Terry Adams for what seemed like hours. 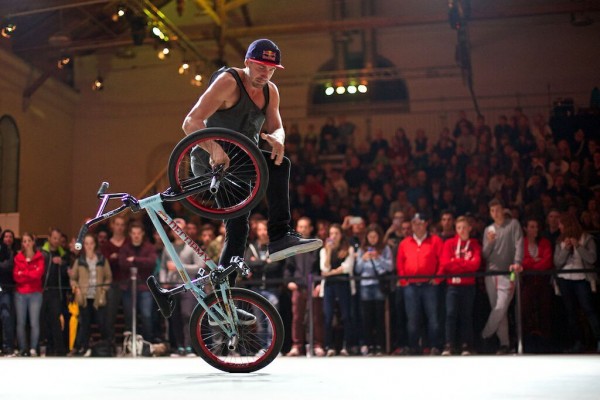 When the Japanese crew turned up, it was interesting to note that whilst everyone practised their runs Moto Sasaki just seemed to working on new tricks and freestylin’, whilst all of what Moto does is amazing he did a Xft opposite backwards spinning karl with the balancing for over the frame to spinning guillotine to crackpacker! Mind blowing! 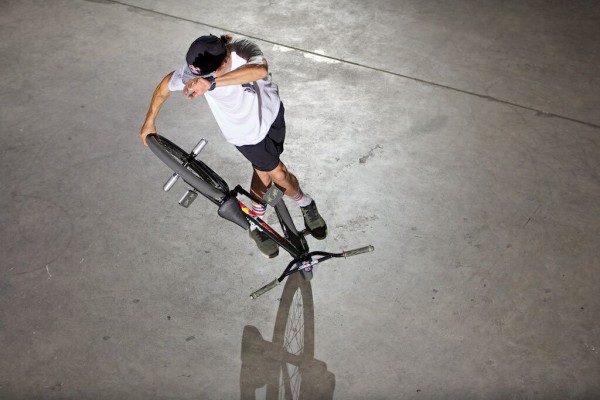 Soon enough it seemed like Prelims were upon us, 29 riders in the qualifying. I already posted the results, so you can who placed where. 3 minute run format, and as you can see from the results it was surprise to see Hiroya Morizaki and Terry Adams out of the top 10. Just from a personal point of view it was amazing to see Quentin Pelorson ride in person, unfortunately he just missed the cut in 11th place, but I’m pretty sure this guy will be back. Whilst on topic of riders just missing the cut, it is definitely worth a shout out to Martin Drazil and Jeremy Brosset who both had great runs. 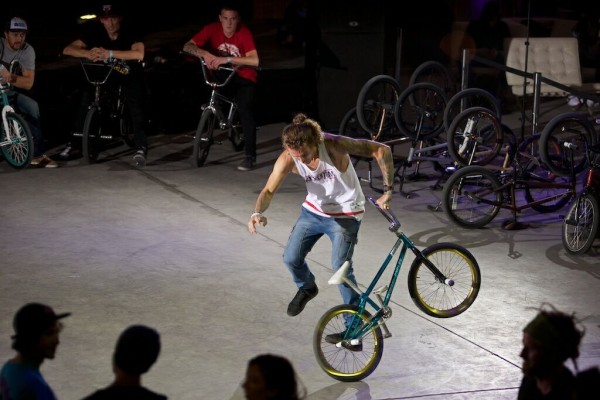 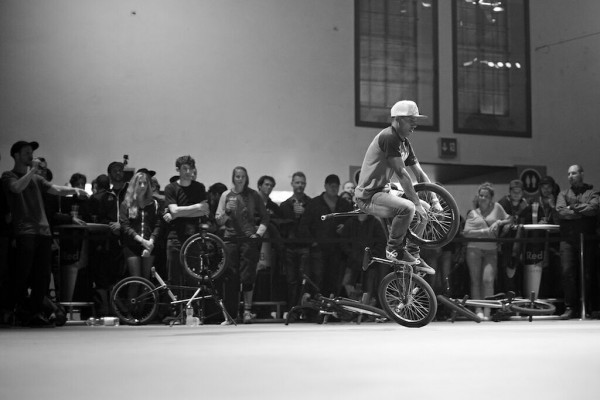 Balu also deserves a special mention, all the way from Brazil for the event. Hit his signature kick flip steam holding the back peg, and also a really nice opposite half hiker jump to gerator that got the crowd amped! 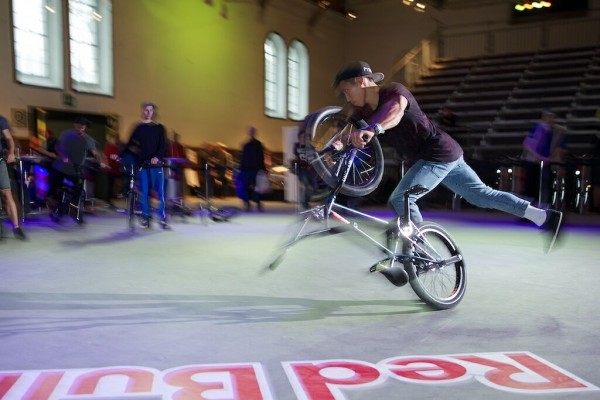 The organisers had arranged flatland vs breakdance battle for evening entertainment at 9pm. And this was truly a great moment, such a good vibe with the crowd, and riders like Matthias Dandois passing a phone to a breakdancer, then performing a plastic man and reaching for his phone in his pocket, so good! The energy inside the building was something I haven’t experienced in a long time, all the riders smiling, crowd going off.

One of the break dancers got really lucky, trying to ride flatland during the battle and washed out in like a half boomerang position straight to his face! We all thought he took his teeth out but he seemed ok! 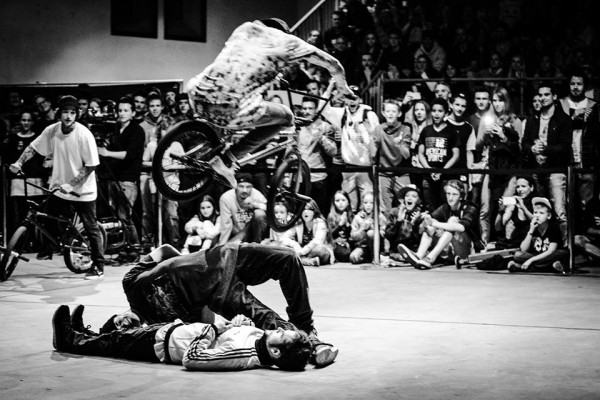 The battle was won by the flatlanders,it was a great way to finish up the day. Once the result was announced the flatland area turned into a party. Let’s just say James McGraw won the party!