The One Love Jam has become one of the biggest events on the flatland calendar, organised by Darin Wright. I wanted to catch up with the man behind this event and pick his brain about why this event is becoming a staple for flatlanders all across the globe to visit. 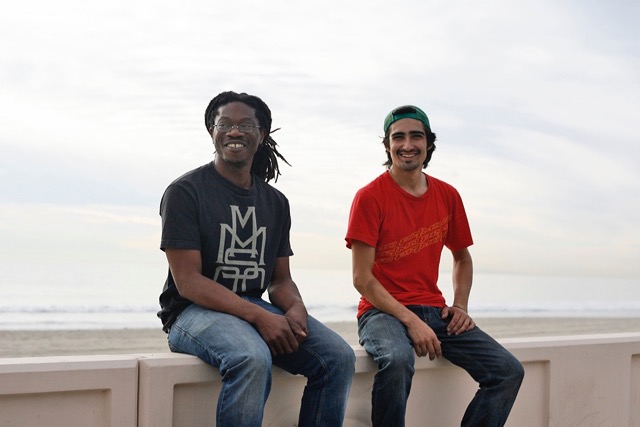 Hey Darin, the 8th annual One Love jam recently went down. Congratulations on 8 years?
Thanks Big E! Yes this was the 8th annual event, which goes down every MLK Weekend, time flies when you’re having fun.

The jam always goes down at Newport Beach, So Cal. You live in Nor Cal right, any particular reason why you pick that spot? Do you get insurance and stuff or wing it?
Yes I’m in Santa Rosa, Sonoma County about 2 hours north of SF, my town was in the news most recently from the massive fires that leveled many neighborhoods. OneLoveJam has been held in a few spots in the LA area. The first was in Studio City Lot, then Zuma Beach, and for the past few years at Newport Beach.
No permits just a pack with the local rollerblade hockey players, thanks Sean for helping with the negotiations.
OneLoveJam main inspiration comes from 2-Hip Meet the Street in SF at Golden Gate Park, which also did not use any permits.
I did have a little complication at the 4th event from Malibu Police, hence the reason it was moved from Zuma, no fines so far or shutdowns.
Newport Beach has to be the best spot in America hands down why not have it at the most scenic areas in SoCal. A Perfect floor, good sun rays and of course a beach less than 50ft away. If you never been ask someone who has this spot is amazing. 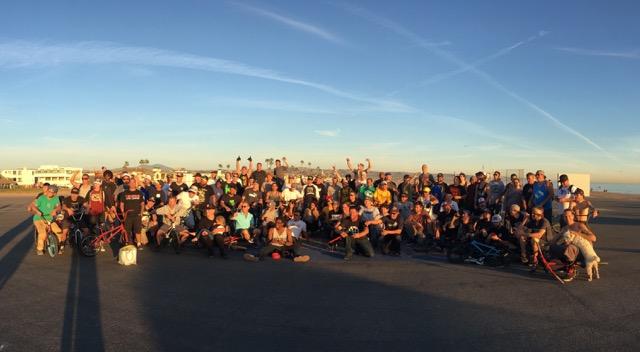 What’s the original idea behind the One Love Jam?
The original concept of OneLoveJam was to host a few events and then transforming it into a Beach Party Jam which would include more BMX disciplines, but still focus on flatland as the main event. As you know when flatland is included in other BMX events it becomes the “side show”, placed in a small area or in between ramps which limits many riders styles.
I was approached by Vans last year to combine OneLoveJam with the Vans Invitational, which would make the beach party a reality eventually. I declined, but that’s another story in itself. 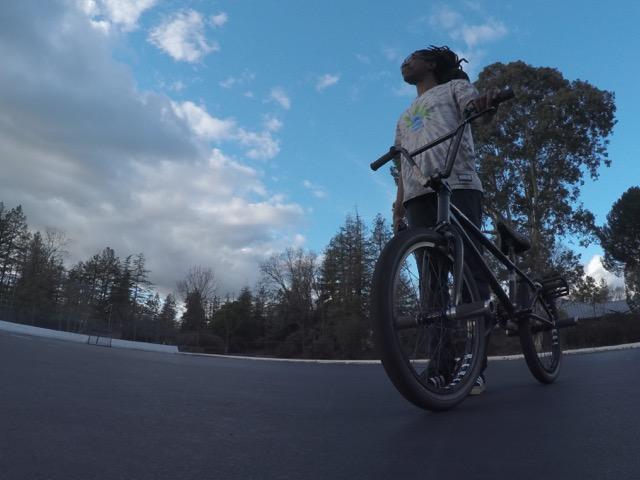 The jam seems to be getting bigger and bigger each year, what would you put that down to?
I would say OneLoveJam is getting bigger a lot of other riders from around the world are coming out, it’s becoming a worldwide event, where in the beginning it was Roy and Duke from out of state and rest of the riders were from Northern and Southern California. I honestly don’t know why it’s become so big, I guess it’s hard to say no to SoCal winters. 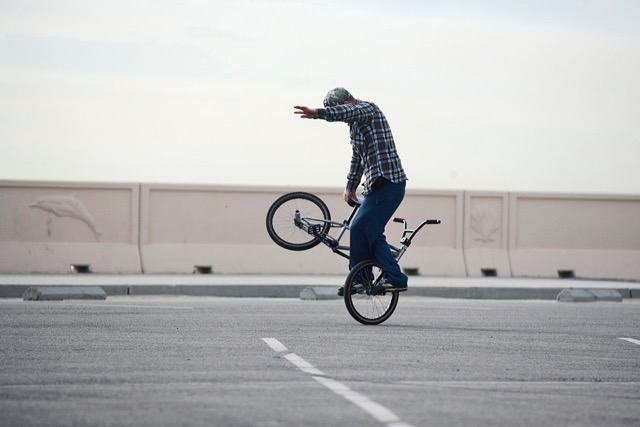 What were some of the highlights for you this year?
This year I gotta say catching a ride with Micah and the ASA guys, meeting Olympic BMX rider Pat Casey, thanks Dane and Micah for a great time.
When you hear a 3rd place X Games champion say Dan Rigby and other non Red Bull riders names you know these guys are paying attention not to just current, but the OG flat guys too. 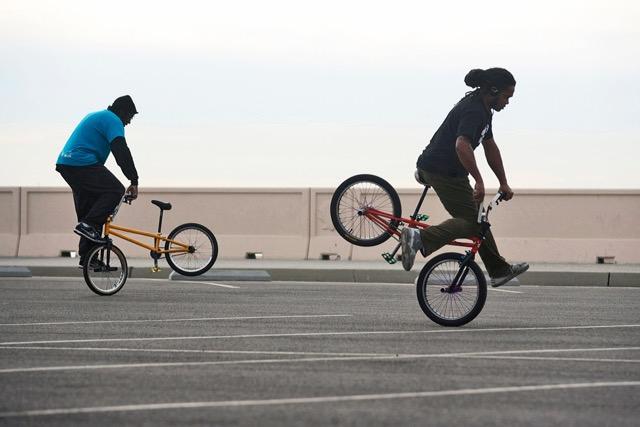 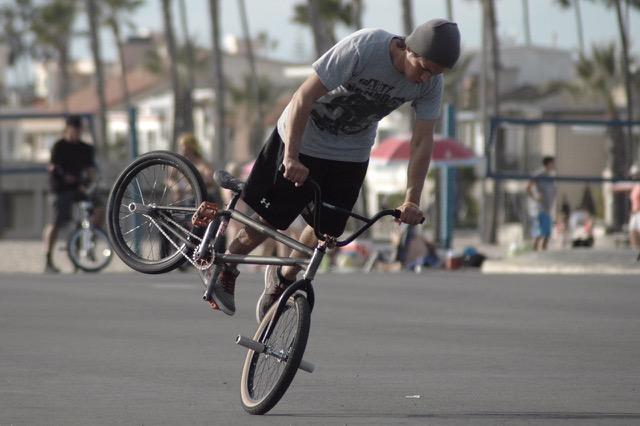 The jam is well supported, how do you go about giving prizes as comes across like a laid back jam in the sunshine?
This year I feel like I dropped the ball, this year sponsors list was very small, previous years I had more sponsors than most contest series stateside, this year we had support from our core guys who been with us since the beginning. Primo, Profile, Deco, and Cheap Goods Bmx. Each company with or being run by a flatland rider.
Each year I raffle off tickets usually I walk up to you and give you a ticket for free, great way to meet old and new faces, this year I tried to pass then out after the photo shoot, never gonna do that again, ha.
Right before sundown I make as many piles as possible and then call out numbers, this year after the raffle I did a “come get it” pile I wonder if anybody got footage of that.
Prizes vary each year, last year someone basically got a bike minus rubber and a freecoaster. And sometimes riders donate to the raffle too, I believe someone has a set of pedals Moto donated a few years back.
Some guys even give up there raffle to another rider, this day is all about love and Bmx. 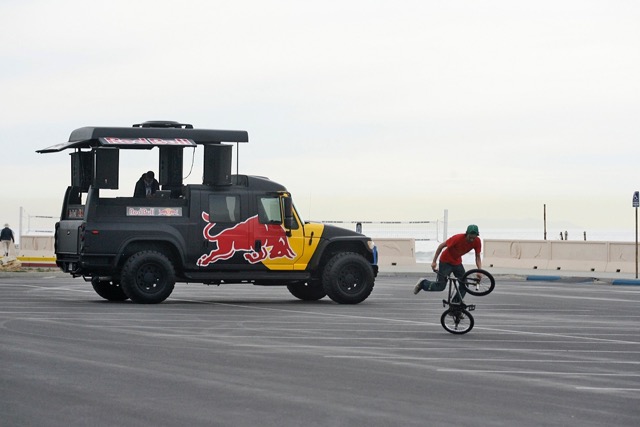 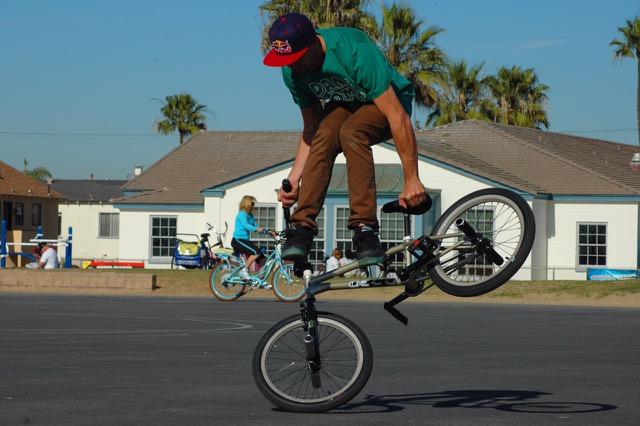 What for you is a successful One Love Jam?
Just seeing smiles on everyone’s faces. Knowing that they had a rad time like I did when I first experienced coming out to California to ride for the first time.

Ever have any plans to organise a contest, or sticking to the jam, make it a whole weekend thing?
OneLoveJam will always be a yearly event on MLK Weekend.
We shall see, I feel there maybe in the future a Beach Jam, but the core focus will still be OneLoveJam for the flatland riders. 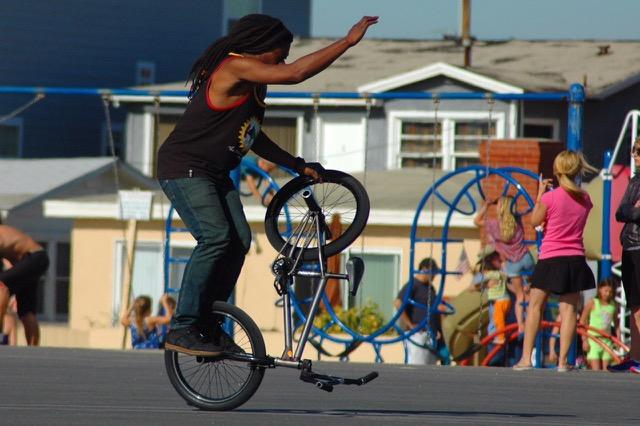 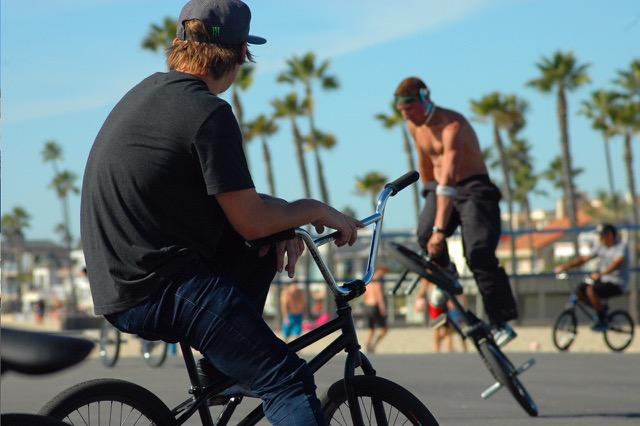 People travel across the globe to come to One Love jam, Bruno Zebu from Brazil and Bert Ribul from Estonia does that blow you away at all?
Yes it’s mind blowing how this became an international event. So many have come out to this historic event. Riders from Hungry, France, Mexico, and hopefully more will come as the jam goes on.

Darin, thanks for taking the time to do this interview and congratulations on such a great event for flatland. Any final thank yous?
Thanks Big E, hopefully we shall see you out here in the future. The list is huge, first I gotta give it up for Shayne, he wont take credit but without him there would be no OneLoveJam period, FANO @ Tip Plus, Chad D @ Deco, and Matt Coplan @ Profile, they without a doubt has been with the event also since day one. Gabe Weed, Chad and Amy-Johnston, Bobby Carter, Keith Trenor who always been showing up for the last 4 years w a bag of goodies to give away, Julian for keeping us healthy with his fabulous meals, Sean F aka Irie Z, OSG, Bo Wade, Sean McKinney, Brian Tunney, Lalo, The Arizona Crew for making lunch previous years, someone brought lump’s this year so S/O to those guys too, aggro roller hockey dudes, Mary Jane, and all the riders from around the world who make it out once a year to pop hella fresh wheelies.

Go peep his website (link below), and look out for the second One Love jam edit to drop next week!

10 thoughts on “Darin Wright – The One Love Jam Interview”