From the outset I had the intent to do a pictorial diary of the day, to give a different flava to the jam. So check out the photos, the repo continues underneath each photograph. Trying something a lil’ different than my normal repo style to try and give you a feel for the whole day rather than just the riding. So let me know what you think in the comments section….

So the occasion for the jam? Jason Forde was celebrating the one year anniversary of his blog, if you haven’t already seen his blog, hit the link at the bottom of this article..

Sadly for me after getting over my rib injury that kept me off my bike for 5-6 weeks, Tendonitus in my left elbow meant I couldn’t ride much at the jam. We have been blessed with unusually high temperatures this winter/springtime, but unfortunately this Easter weekend, has been cold,cloudy and windy, but at least dry for the jam, it’s pretty much been wet since then! 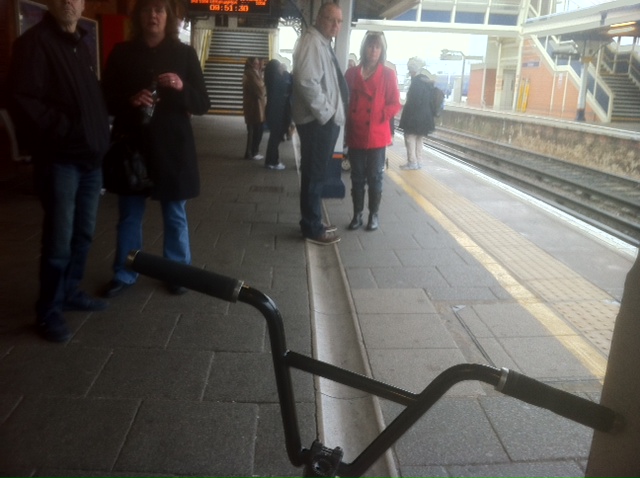 The journey starts the same almost each time, I catch the 9:52 from Fratton to Clapham, then change from Clapham to West Norwood, the journey is about two hours (on a good day). On this day it was a three hour trip. 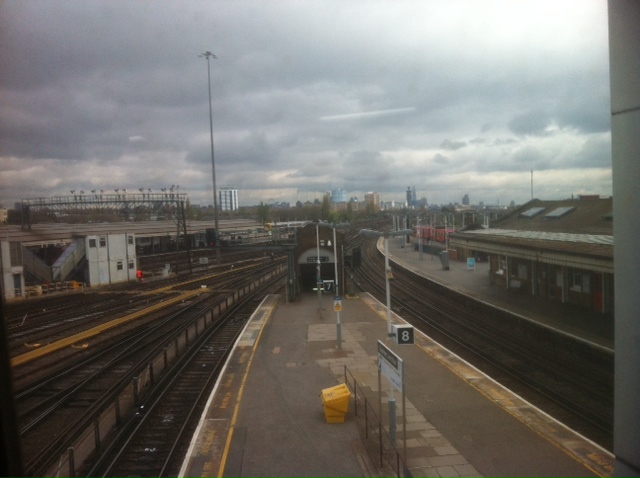 Every time I get to Clapham Junction, I always take a look at the view of the London skyline whilst I am waiting for the connecting train, if you are on my instagram you will have already seen this shot. On saturday as you can see it was a cloudy, moody day in the big smoke! For visitors who have never been to the Green Mile, it’s Platform 15 at Clapham Junction, the journey time is about 15 minutes. 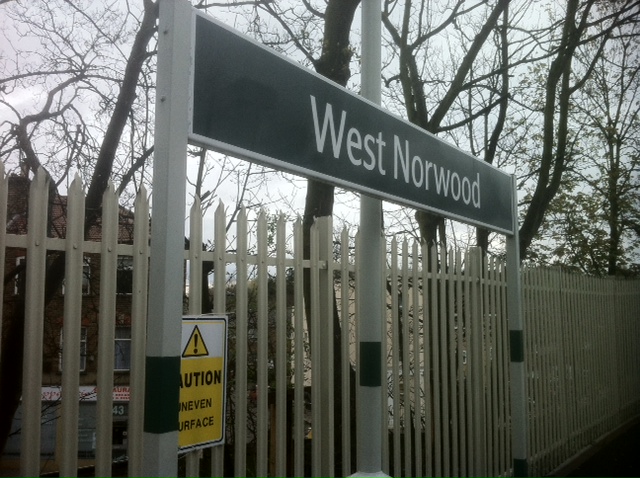 So I’m there! West Norwood! It’s just gone mid-day. This is the train stop for TGM! You get out of train station without going up the stairs, and down the hill, you will see a bridge, turn right then it’s an up hill bike ride for half mile or so, and down hill a short way! And you are there! Every time I take this journey I think the first time I went to the mile and knocking over the biggest dude getting out of his BMW, how i’m still alive I don’t know! 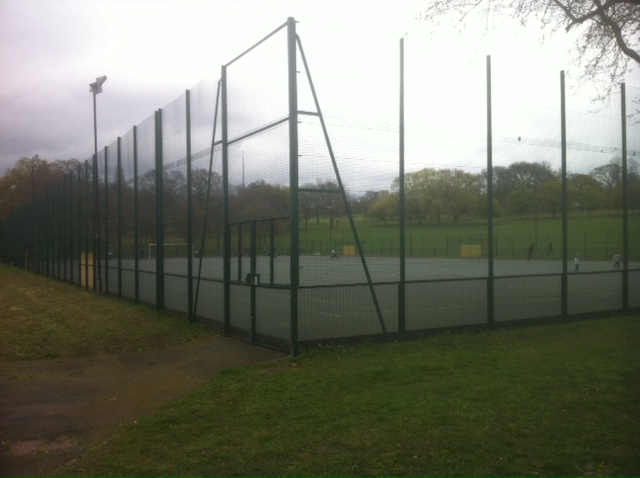 This is the generic photo I take everytime I’m at the mile, it’s that moment when I take a look, see who’s there, and to my surprise there were about 10-12 riders already there, whilst a small group were playing football at the pub end. It’s been a year since I was last at the TGM, the floor has faded a lot, the floor needs a good sweep, and isn’t so green anymore. There was the sound of a woodpecker in the woodland behind the mile all day, that I never noticed before. The mile is such an open area in my middle of a big park, that any wind tends to be amplified by the size of the spot. It is rare from my experience to get a calm day there. 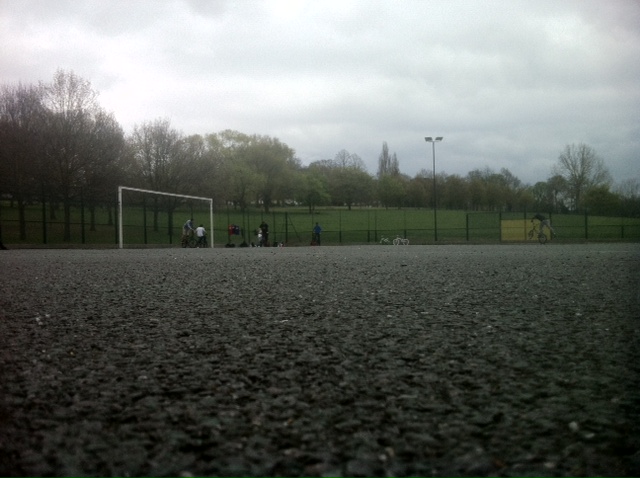 I got to ride for an hour before the pain was too much to continue riding, back to see a physio for me. As I stopped, more riders started to turn up, Jason Forde his girlfriend Penny were selling his 1WM t’s up at the far of the mile, that area at the top also turned into the spot most sessioned. 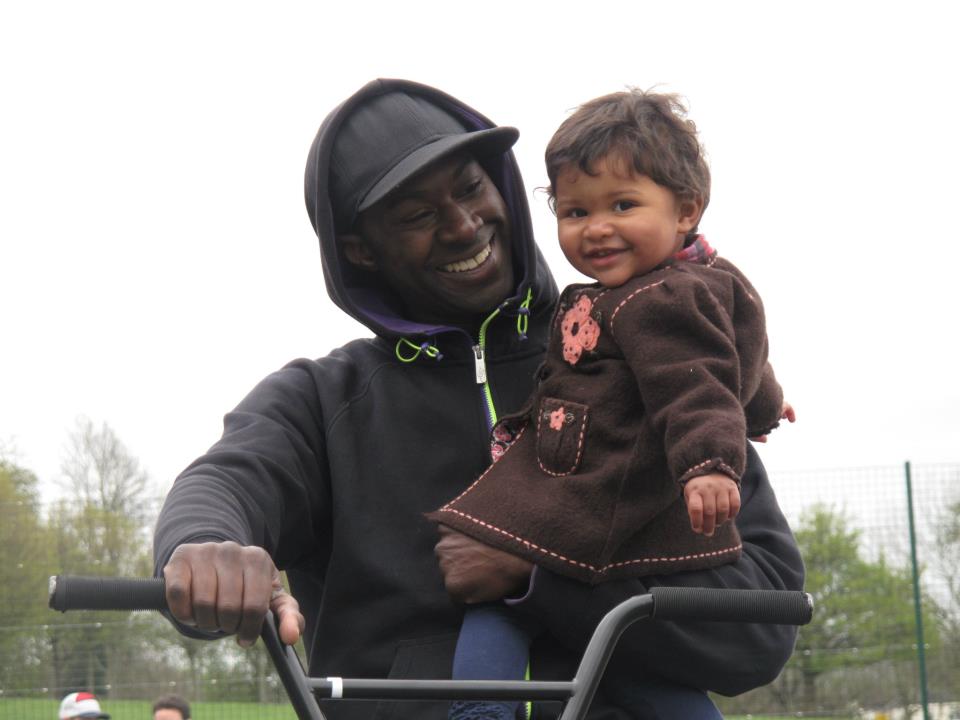 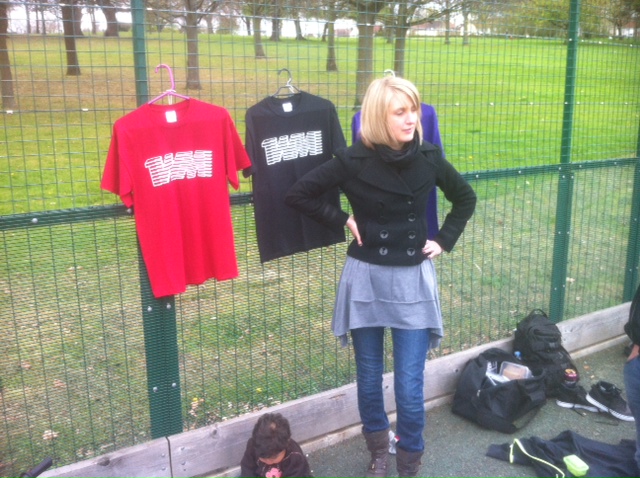 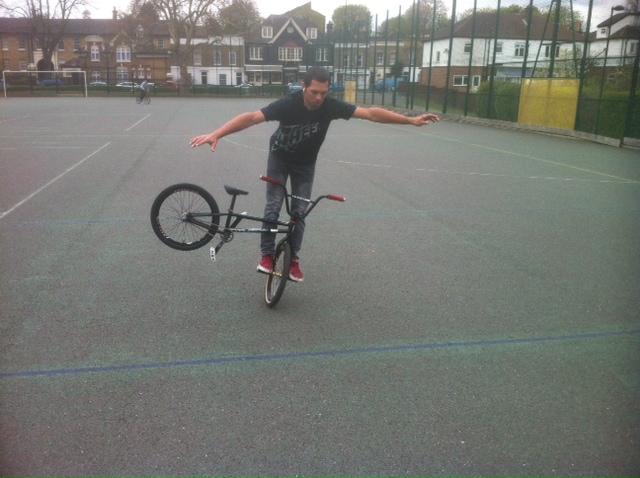 Mizo was back from winter vacation from his native homeland, Brazil. So I am guessing his feeling like a pretty cold Aprils day to him. Nevertheless, he stuck it out, and flowed these nice no handed halfhiker rebates for me a few times until I got the shot I was looking for. Great to see Mizo’s riding in person again, he is hoping to make it back to the mile again in the summer, when its a bit warmer (we hope). It was around this time, James White rocked up without his bike, looking after his kids for the day, i’m sure at some point you will see quite a few photos of James playing cricket with the little ones, alas without them infamous shorts! 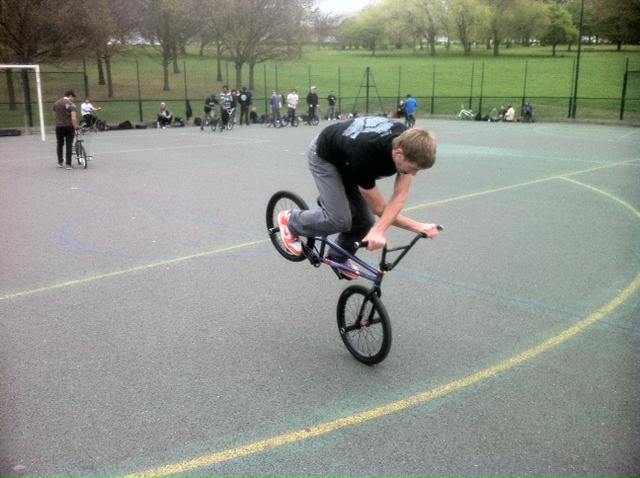 Highlights wise, it was great to see the contrast in styles between Denes Katona, and Sam Foakes, visiting the mile again for the first time in three years!
Denes Katona owns the mile, quite literally! Rolling from one end to the other, it almost feels pointless to do any kind of whiplash combination in front of this man for fear of embarassment! Throughout the day, I watched in awe, as he strung together, combos such as multiple whiplashes to cross foot whiplashes to framestand one footed nosemanual to xft whiplashes out, now bear in mind the size of the mile, and to each of those whiplash tricks listed add at least 6-8 whiplashes, and a long framestand one foot nose manual, and you can see why mine and i’m sure everyone else’s mind was blown. The xft handed nose wheelie pictured was coasted an easy 50 feet without breaking sweat, and you could sense he wasn’t happy with that either.

It’s hard to believe it’s three years since Sam Foakes last visited his old stomping grounds, but it didn’t show at all. In a very different kind of way, Sam owns the mile too. Whereas Denes cruises back and forth in all manner of nose manual and whiplash positions. Sam is furiously combining variations of halfpackers, crackpackers, in front of bar whips, backwards backpackers, Coat hangers, whiplashes, hitch turbine jugglers, cliffhangers, without any deadtime or as I call it “safety nets” in his riding at all. Many riders in attendance sarcastically joked, “Your looking rusty Sam”. Seeing Sam ride again, made me realise and no doubt others, that he could easily fit right back into the contest scene, and upset the rankings quite a bit. I thought it was very positive for the UK scene to see a rider of such high calibre in attendance, it’s good for the younger riders to see that level of riding. (Video footage dropping friday!) 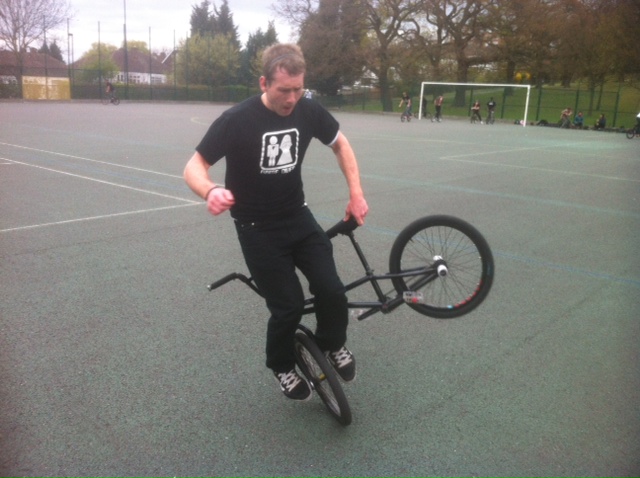 One of the positives of the day, were just seeing new riders that I have never seen before. There were about 30 riders in attendance. Sessions lasted throughout the day, around 6pm we all headed over to the pub across the road for the TGM ritual. This is always a good time, catching up on the day, meeting old and new friends, it was awesome to meet George Marshall from The Albion, catch up with Jay and Penny, Sam, Vlad, Amos Burke,
Johann, and many more. Jams like this are a good mix of the riding and the social. After a few teas and beers to warm up, it was time to endure a four hour trip home that normally takes two hours, I love South West trains sometimes. 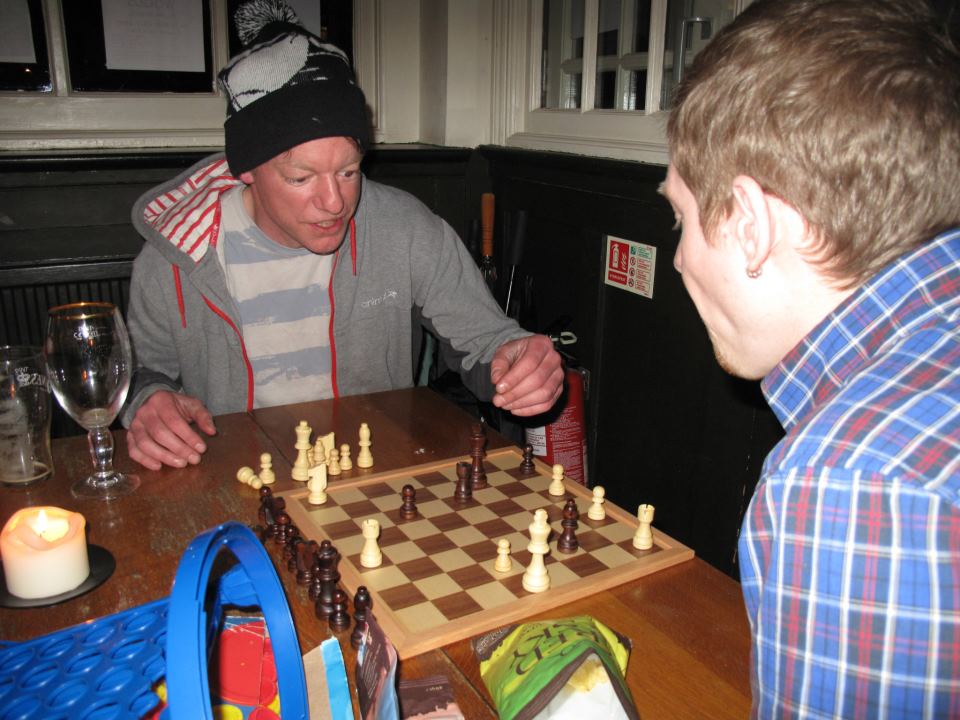 Whoever had Amos Burke down as a chess player! Not me!