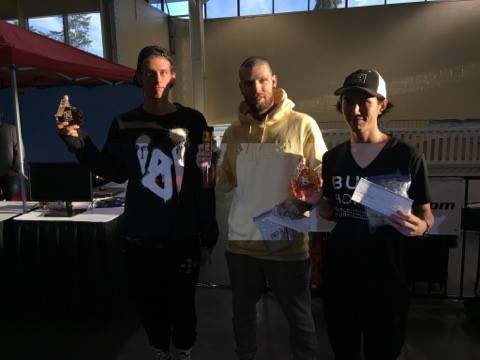 Congratulations to Dominik Nekolny who just won the Maple Vibes contest in Toronto, Canada for the second year in a row. Dom was followed on the podium by Jean William Prevost and Takahiro Ikeda. You can check the rest of the results in the pro class and best run scores below, as well as all the rest of the results. 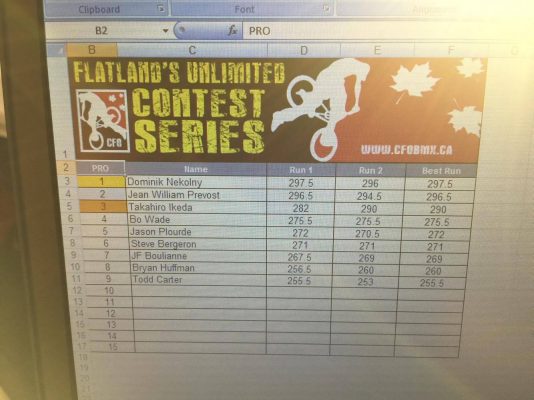 In the expert class, Etienne Bergeron took the win followed by Adrian Furniss, and Quest BMX’s Danny Sirkin. You can check the best run scores and rest of places below, congratulations to Etienne, Adrian, and Danny! 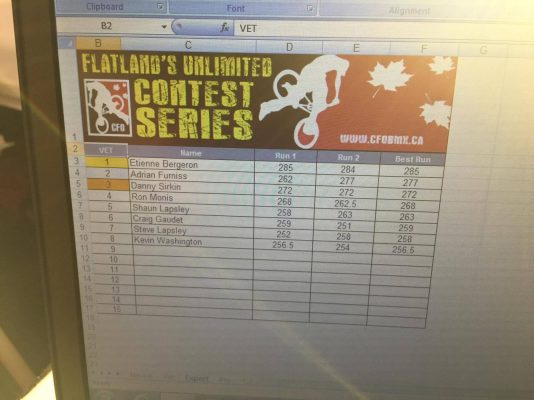 In the veteran class, Brandon Fenton took the win for the second year in a row, followed on the podium by Bertrand Williams and Paula Hesser. Congartulations to Brandon, Bertrand and Paula. 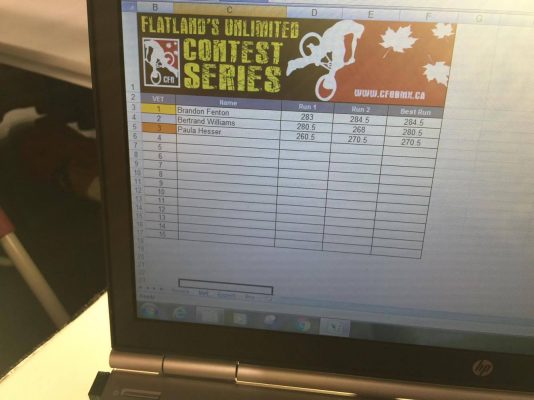 In the Novice class, David Marion took the Maple Vibes win followed by Camden Carter. Congratulations to David and Camden.

Big thanks to Todd Carter for the results and podium photo!