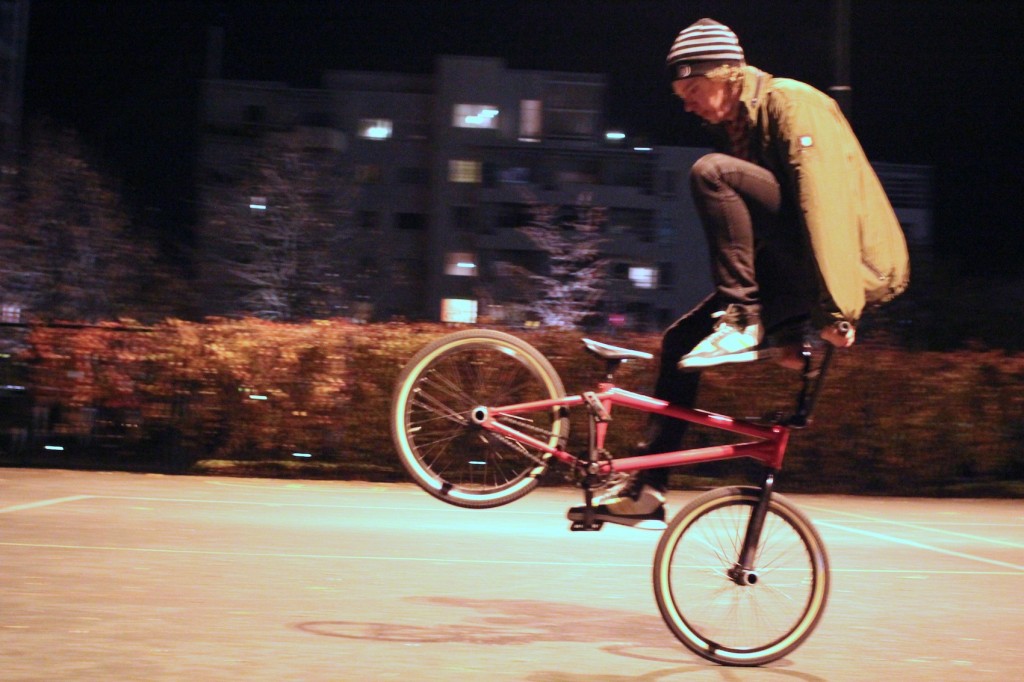 An Aleksi original move, in front of bar whiplashes on pedal, photo by Julius.

On wednesday, we dropped part one of the exclusive interview with Finland’s up and coming Aleksi Ritsila, part 2 continues where we left off, we discuss bike set ups, the flatland scene in finland, the competitive spirit, travelling, groundtactics, and much more, part 2 right here….

Tell me about your bike set up?
Bigger frame, like said earlier love the high top tube, feels good, looks soooo good, strong… Low seat for more room. I used to always ride my bars way forward so now I´ve had longer stem for soon 2 years, it makes the bike way more stable and looks better than having Chicago bars hehe. That’s pretty much it, just trying to keep it as simple as possible, S&M is where it´s at!

You mentioned before that flatstyles was a lot smaller than when you first started riding. What’s going on with flat scene in finland? Do you feel any pressure to be the next Martti Kuoppa out of Finland, if there will ever be such a thing?
Well the scene is small. But I can call these guys some of my best friends. I feel especially in the last years we´ve gotten tighter, doing trips, jams, party and all that shit… so much fun! As for Martti there won´t be another one like him EVER, period. He is the best rider of all time, and I don’t accept any other answers. So no I haven’ t ever thought about being someone let alone felt pressure. What pushes and pressures me is myself, thats enough hehe.

Do you travel much down to Helsinki, I know Estonia is pretty close?
I guess I´ve been to Helsinki once every month this summer. Its fun to go by car since it only takes 3hours. another option would be train but everything in here is so expensive, train to helsinki and back with bike is 150e. Estonia is fun also! It’s cheap and fast to go by boat from Helsinki. We did this trip with our crew there a year ago to ride and party. Now we are going to do the same again this weekend:)

I get the impression from doing this interview that you aren’t a competitive rider in the sense of wanting to win contests, but you battle yourself to be the best you can be? What you for do you look for is riding perfection?
Yeah, I´m just not at all about showing off. I hope to do well in contests, since its big part off flatland, but my tricks are more important, you know. That’s why I have always a bit mixed feelings with shows, it’s not me to act all hyped after a time machine. And contest are looking more and more like shows these days sadly… Perfection to me in riding is combos that are original yet not awkward, simpler the better. Nothing extra in the combos, so usually shorter combos appeal more to me. And most important, each trick should make sense to the following one, this is hard to explain, but it´s kind of like a park run: instead of using just the jump box over and over again, you have original lines all over the course. Hehe once again I have no idea if that made sense.

What’s great about flatland right now?
The whole flatland getting closer to rest of bmx (parts/tricks/contests) is in my opinion awesome and what we need. Also there´s so many talented new generation riders on the edge of coming top pros. It just feels like it´s so hard to make a break through in this state of flatland. The sport is defenetly progressing all the time, I mean this year we saw Adam do the upside down tailwhip, bmx history right there.

What are your plans for 2012 riding wise?
I´ll keep having fun and progressing on my bike hehe thats all I know for sure 🙂 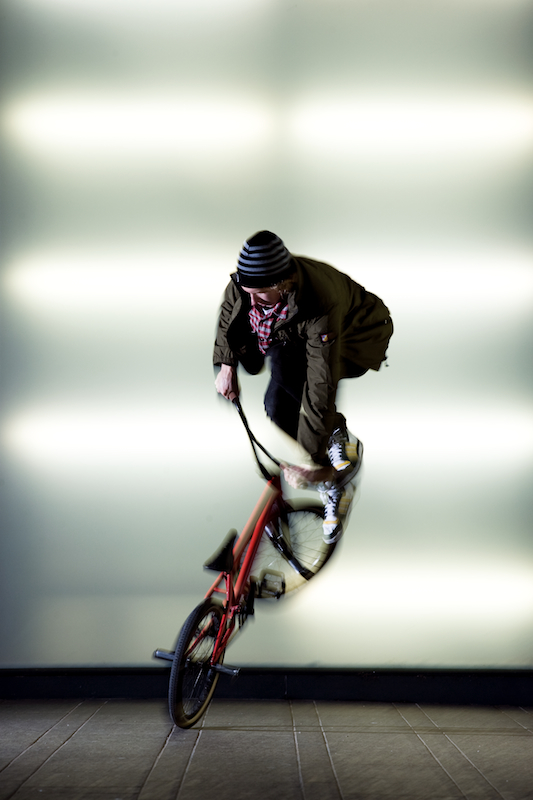 These days what would you say inspires you?
BIggest inspiration right now and for the past months or so has been street videos! Besides just being super stoked on the riding. I just love to see some “production” that went into making those, that’s something I’d love to see more in flat as well, would do good for the exposure we get I think!

What kind of music are you into it?
Don´t have a genre I could say is my favourite. Lately been into real chill sounds you know, for riding as well as for just hanging around. I listen to music pretty much always when I´m riding!

Rider wise who do you look up to these days?
I do like Matthias riding, Chad is doing the impossible without pegs, Moto is crazy, Martti´s progression has been something I can´t understand… And I´ll guess I can throw some street riders in here: Alex Kennedy, Ty Morrow, Mike Hoder, Eric Lichtenberger…

Tell me about some of the tricks you’ve invented, this year you brought a few to the table during groundtactics?
Yeah I guess that infront bars pedal whiplash was one, and the downside decade I learned last year. Super stoked on those, had been a dream of mine for a long time! I really enjoy practising these original moves, ideas for them have been staking on my head for years and now have been able to make them reality. If you have ever tried something original, you´ll know those are also usually way harder to learn, than something you can see someone do in a video:) I have few more new original ones you´ll see in the next web edit or in TOO SMALL BIKES 2 which ever comes first, stoked on those as well!

You mentioned you weren’t too stoked on the way contests are going, do you think online contests such as groundtactics are the future?
I definitely think there´s a place for online contests. I think the format is shaping right now and will be interesting to see where these things go. But I hope live contests won´t go anywhere. At the moment I think its balancing between entertainment and hardcore tricks/progression. Since we don´t have that many riders, we have to seek for audience in the non riding people. Which is cool because this way more people see flatland and kids can get stoked on it. So where as I don’t like seeing a contest run like a show, I think to some extent it´s neccesary and I totally understand it.

Any final words to wrap this up Aleksi?
Thanks to Chad and S&M Bikes, Niels at Sunshine Distribution, Adidas for the support, Martti, family & friends. Thanks to Kai and Julius for the photos, go check: kaikuusisto.com and youtube.com/tsbmovies! And last, Effraim huge thanks for doing this interview, FLATMATTERS!!! Be on the lookout for new edit from me some time soon:) Everyone just keep on riding and having fun! Bmx is the best!

If you missed Part One! Hit the link below!