What a response, we got from the first episode of FlatSnitches. Myself and Pete are super stoked and humbled by all the feedback. FS is a labour of love dedicated to being an educational resource on the history of trick inventions for flatlanders spanning across all generations of our artform.
What we realised after the first episode is that these are episodes that can be updated as useful information (“art of facts as Pete calls it) comes forward. This wasn’t something we considered when we started FS.
We had numerous riders, for example reach out with further information about Jesse Puente doing the Plasticman after we published the first article. Articles can be updated much like tricks are, you get a refresh every so often and learn more about tricks you love to do on the daily. 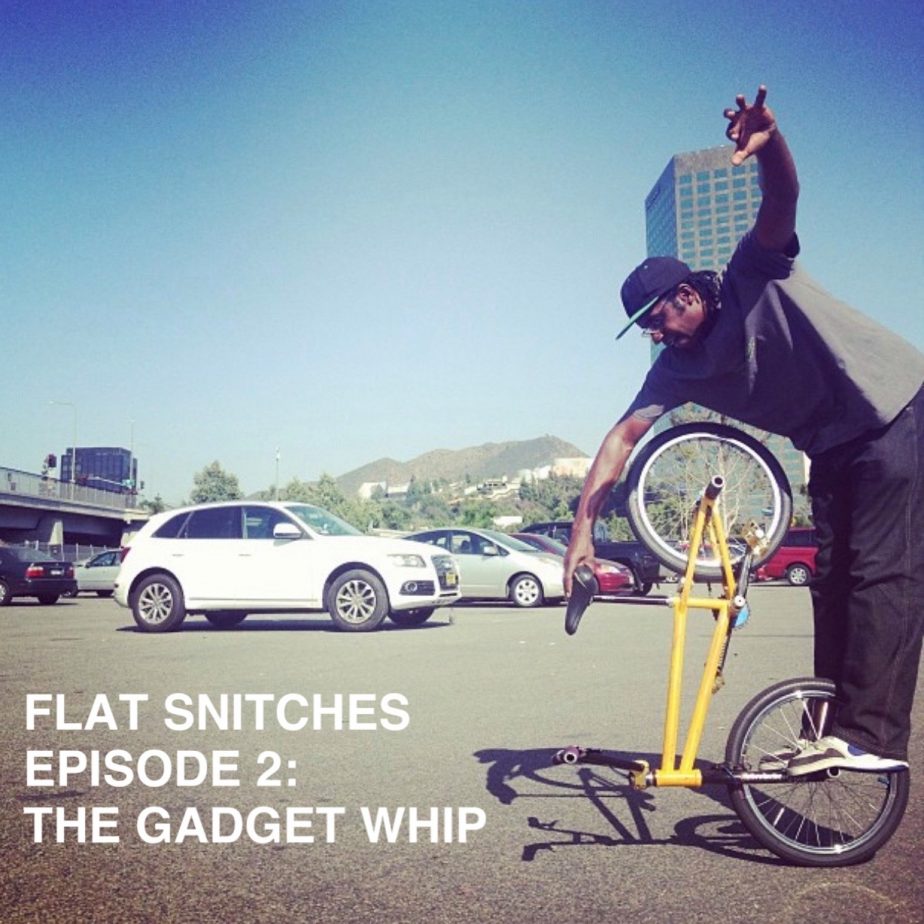 Today we catch up with the man behind first putting a BMX video on the internet, and of course the infamous Diversion Video Magazine, Bobby Carter!

The trick in question for Episode 2 of “Flat Snitches” is called the “Gadget Whip”, invented by Bobby Carter. We feel many of you out there in the flatland community, will be thinking what the hell is a “Gadget Whip”?. Showing some love back to the creators of tricks many of you will be unaware of, was a big motivation in us starting to get FlatSnitches off the ground.

What is a Gadget whip?

“The Gadget Whip is basically a juggler variation, where you hold onto the seat the entire frame rotation. You never touch the bars or pegs.”
As with any trick we cover here on FS, we (Effraim & Pete) both like to get some context as to where the trick was created, and what background the trick came from…..

It’s quite refreshing from our perspective in the modern era, as riders show their creations almost immediately online via their social media. That Bobby created the Gadget Whip without much fuss, and left it out there in “flatland” to be explored. Bobby recalls “I created it in 1999. I was 22 years old.”.

At 22 years old, I wasn’t sure if Bobby had made the move from Michigan to Los Angeles yet back in 1999, when he invented the move. He replied: “No, I had just moved to Los Angeles, California in 1999. It was really a golden age for the Southern California flatland scene. There was a big push in the scene to come up with new concepts in flatland. It was an amazing experience. “

Bobby made the move to the City of Angels primarily to study at the American Film Institute. “Explorations” was the first video he made during that time period, Bobby added some cinematic concepts to the video with the locations and the way he presented the riding. Bobby arrived on the So, Cal flat scene during arguably the biggest progressive burst in the scene and would regularly make the trip from Hollywood down to Huntington Beach to ride with the likes of Day Smith, Gabe Weed, Dylan Worsley, Trevor Meyer, and the list goes on with visitors regularly coming through and pushing each other with new tricks and ideas daily at the HB parking lot.

In Flat Snitches Part 1 we discussed how Jesse Puente’s trick was well documented in Reality TV Part 2. The gadget whip however, went largely under the radar even though it was created in a booming Southern Californian flatland scene at the time, and despite being documented on video (see below).

Effraim remarks: “I recall a conversation with Bobby whilst I was staying with him at Studio City a couple of years after Martti Kuoppa’s solo DVD “Moments” dropped in 2004, and we discussed the Gadget Whip and I was talking about Martti doing it and Bobby waxed lyrical “That’s my trick E!”. It was a chat that stuck with me for years, and was on mind to uncover the story behind the trick creation. 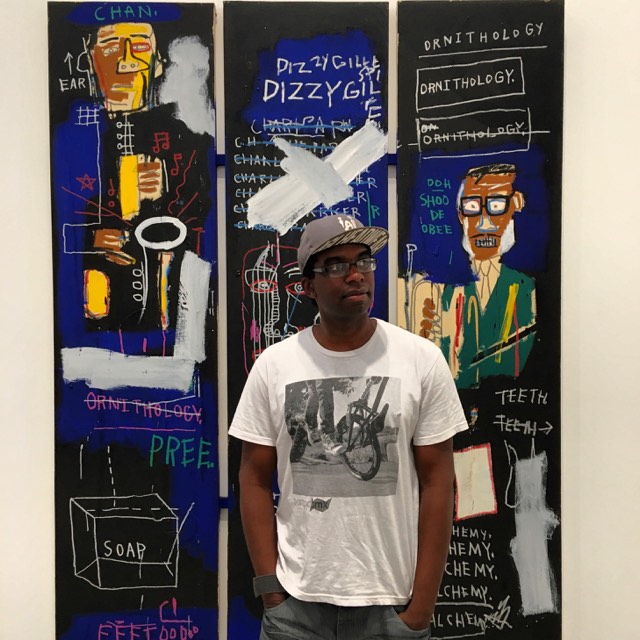 I ask Bobby about documenting the move and Bobby recalls: “The first documentation was in 1999 in the video “Explorations.” We filmed it up in the Hollywood Hills at the Runyon Canyon courts.” Bobby was riding the Pink Andrew Faris “Schwinn 36-24-36 frame” at the time.
Bobby’s long arms and body helped make the Gadget Whip a reality.

Pete chimed in: Have you tried cross footed? And if you have, you may possibly have extremely long arms.
“Yes, I’ve tried cross footed, but they need more work, specifically on the exit. I also have a pivoting variation in mind that’s like a dream trick for me. I’m currently working on my foot pivot techniques to build up to the actual trick.

Inspiration for creating the Gadget Whip?

The Gadget Whip in our mind stands almost alone as a unique style of trick on the front wheel, juggling the halfhiker without taking his hand off the seat throughout the whole rotation of the move. We were both naturally curious about Bobby’s inspiration for the trick:

“I was at the Ralphs riding spot (in Hollywood), having a conversation with Hollywood Steve about tricks never done. Juggler came up and I thought about holding the seat all the way around. The concept of having to thread it through under the arm seemed pretty cool to me. I pulled it a couple of weeks later at the Gene Autry Museum parking lot.”

Quite often riders who create tricks, already have multiple variations of the said trick in the trick locker, before many riders have actually seen the initial trick. Effraim asked Bobby: What variations have you done on the gadget whip?
“Forwards, Backwards, I did a rebate version too where I push it through then bring it back. Also just adding it into combos as well. ”

The name of the trick is from Inspector Gadget the cartoon right?
Yes, Shawn White was like “that’s a tall person trick. Go-go gadget arms!”. So I called it a “Gadget Whip.” 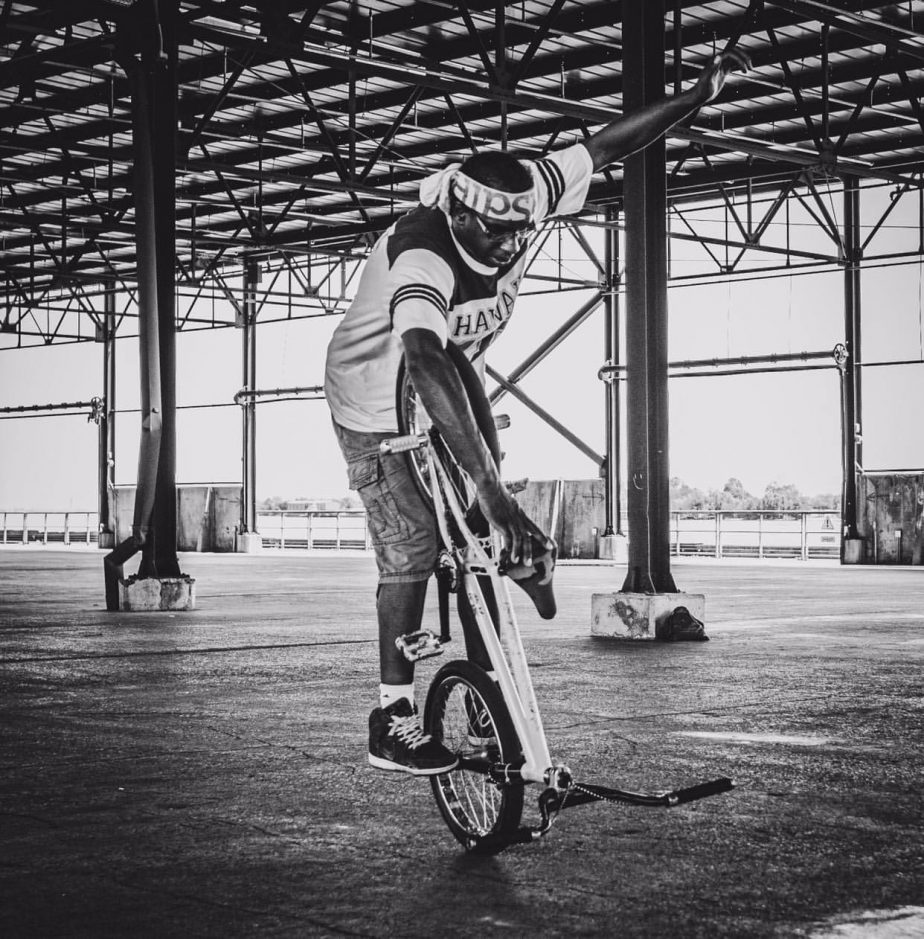 Go go Gadget arms, Bobby lets one roll at the Voodoo Jam back in the summer of this year. Photo by The Tech Patient.

The Taboo subject of creating a trick and watching someone else do it?

It’s almost taboo to ask riders how they feel about other riders doing his trick, but nevertheless Bobby had a fresh outlook on things. “I’m stoked when I see anyone doing Gadget variations. Simon Warsan has crossfooted on lock! I feel stoked when another rider does a Gadget variation. I’m happy that I came up with a concept that others feel has enough value to be doing themselves. Also, I feel that all tricks are like open source software. Each and every rider on the planet has a unique skill set that they can apply to a concept. So I’m really stoked to see how far riders can take the concept beyond what I can do with my skillset.”

Continuing with this fresh “open source software” outlook, Effraim asked: “What do you feel is the key part of learning the gadget whip, any advise for riders looking to learn this move?”
First key is understanding that you can do it. When you stand on the pegs you’ll have the extra reach. A lot of riders try to simulate it while standing on the ground and it seems impossible to push the wheel under your arm. The second key is that you need to straighten your legs to stand tall as you push the wheel through. 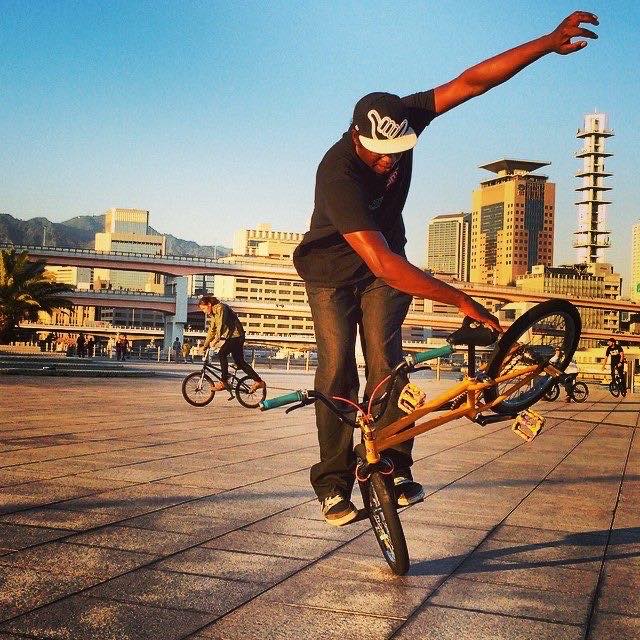 Bobby let’s the gadget whip rotate in a clockwise direction, myself and Pete were curious. Is that something you can do both ways?
“Just the rebate. I never got around to learning straight opposite. “

As with any trick creation, the Gadget Whip lies there waiting for a rider to pick it up and put his or her twist on it. Much respect goes out to Bobby Carter, the man behind the Diversion TV Video magazine series, Explorations, Aloha Jam, his contribution to flatland by putting the first flatland video online is legendary forever. Not to mention the gadget whip, use your body to your advantage flatlanders!

It was a pleasure digging beneath the surface, and showing MR Worldwide himself, Bobby Carter who now resides in Honolulu, Hawaii some much deserved love and respect for this trick. Keep on creating out there people, and one day we might get to you for a Flat Snitch episode.

Respect to Bobby Carter, who continues to this day to create various projects that push flatland forward in many different directions.

Until the next episode, we outtttttt!!!

Explorations from Diversion TV on Vimeo.