During the making of this site, whilst Simon was designing the structure, I was archiving away, during the last week or so, ten hour days were not uncommon, what better time to give you some insight as to what I was listening to. 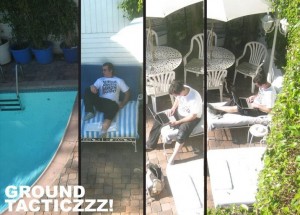 1- Logistics- Kaleidescope
2- Eric B and Rakim- The punisher
3- Farside- Worlds
4- Calibre- Even if
5- Metallica- Blitzkrieg
6- Nas- One on one- Streetfighter soundtrack.
7- Wiz Khalifa-G’ed Up.
8- Dj Deckstream featuring Mos Def- Life is good.
9- Twilights Last Gleaming- High Contrast
10- KRS One- Out for fame.

3 thoughts on “The making of Flatmatters Playlist”