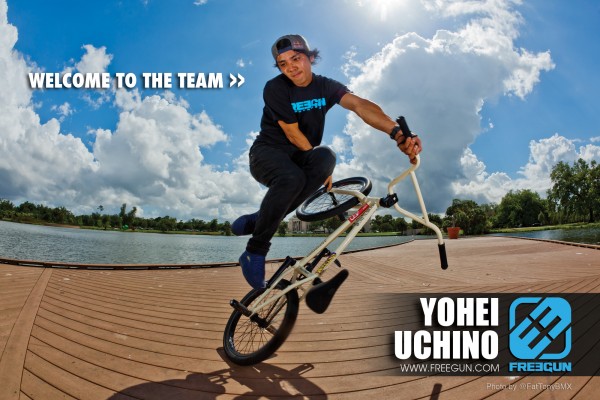 I broke the news already, but here is the official press release from Fat Tony over at Freegun.

After signing a deal with a major distributor in Japan, Freegun is proud to announce the addition of Japanese flatland phenomenon Yohei “Ucchie” Uchino to the Freegun family. Ucchie has been killing it on the back wheel for years now and has numerous big contest wins and podiums under his belt, along with a NORA Cup for number one flatland rider of the year.