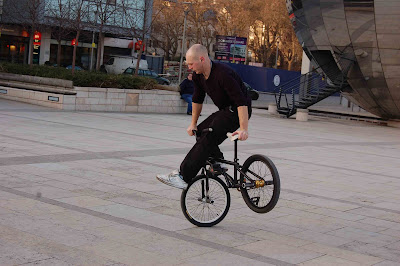 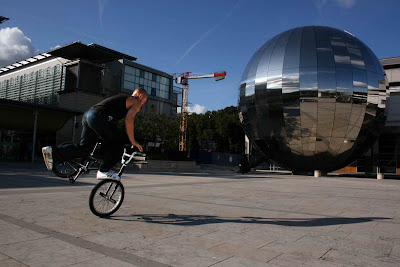 Ciaran Perry is the first of the ‘isolated’ interviews for my blog, it’s great that in a country as small as ours, there’s still amazing riders that I haven’t ever met yet. Throughout the UK and no doubt every other country in the world, there are pockets of riders or individual riders that help push the artform forward at their own speed, not inspired by trends, but their own personal aspirations.
Ciaran’s 23 years old, and lives in the South west of England, in Taunton. Not too far from where the NASS event happens.
No doubt many of you have seen Ciaran’s videos on global flat, Vimeo, you tube, if you haven’t theres a few videos within this two part interview, an awesome rider, with a real creative flair. Read on.

Your quite far removed from the rest of the UK flat scene, how did you get into riding? I’m always interested how riders get exposed to flat?
Well I used to skate for 3 years + before flat and was first exposed to flat at I believe the first ever NASS. Phil Dolan was doing a show with GT, I remember being massively intrigued by what was going on, it just looked so different and so fresh. I think even then I percieved it as being super creative and pretty much limitless ironically as a skater I was full into flatland skating but without the influence. I never knew who Rodney Mullen was or even saw flatland skating till pretty much after I had finished with it, it was just my natural style, so it was transitional to move to flatland. It was the perfect sport, my love for bikes and the creativity I enjoyed in skating all came to one with flatland. So yeah, Phil Dolan and the first issue of Ride (UK) I ever owned, which again had a Phil Dolan interview and Jimmy (Petitet) and Alex (Jumelin) interview in were my first exposures to flatland.

That shows the importance of flatland being in the magazines really, and also flatland in contests, that also really proves worthwhile when something I was involved in inspired somebody to get into flatland. Now your into flatland and fully involved, I guess you don’t miss the magazine coverage and everything has moved online pretty much? What’s your standpoint on lack of flatland in the magazines?
I can’t really say I was ever much of a magazine buyer anyway, they were more like if I happen to be going past smiths I’ll have a look to see if there’s anything worth purchasing, so for me whether flatland is in magazines or not is no direct concern, but now we are all online I think it’s positive for a number of reasons.
Firstly its easier to reach a broader audience online which is clearly a big thing, its also free online to both access and create so the concerns of covering costs aren’t so great, but also outside of that, the internet is fast and everyone now is contributing like a family, if some jam comes down you can guarantee someone was there and will be reporting it online within a day and then it will be talked about and to be honest the only negative I can ever see is the lack of quality in online videos compared to professional DVD work from Bobby and Chad, etc, but I think slowly that’s improving also.
At the end of the day flatlanders aren’t film makers so they just want to see the riding, which is a shame because the art of film making and presentation is important to. The end of magazines isn’t a negative though, it’s merely a focus shift to a more accessible online format, it’s basically made the most underground riders able to show off their stuff if they want to.

+ couple of videos below to educate on Ciaran’s riding