So when I had the idea to start out the “Last Time” feature again I was running with the train of thought to feature a rider you might not expect me to run with for the opening article. I had some good feedback from Gabe Weed’s LT. For the second feature, I was thinking more along the lines, who should I have already interviewed already? That person is the godfather of UK Flatland, Mr James White! Every Last Times feature is unique to the person, plenty of inside jokes in this LT! Hope you all enjoy! 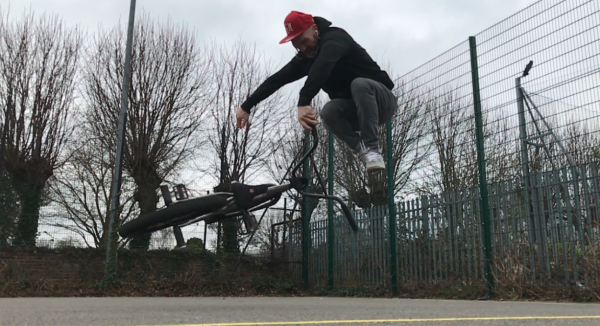 Last time you did ten whiplashes:
Today… of course!

Last time you watched the Dorkin’ box set?
I watched the whole boxset the other day, there’s always something new to find on there.

Last time you rode at South Bank?
December, and it was on a Grifter!! I haven’t rode properly there since the early 00’s.

Last time you downloaded music?
I refresh my ipod on a weekly basis. 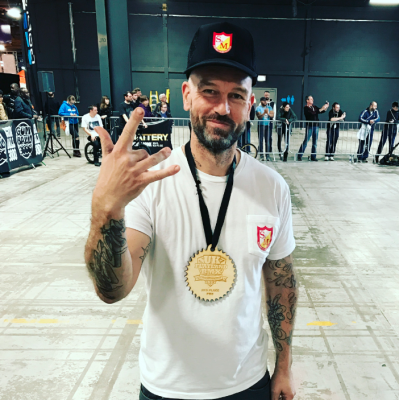 Last time you rode with brakes?
Summer 1997, I was ridding with Amos Burke filming for ‘Word’ Seventies video. I came away from the session knowing brakes wouldn’t be part of my life anymore.

Last time you bought a bike part?
So long ago I can’t remember, but if it includes Old School parts, I purchased a double bolt Addicks seat clamp literally seconds ago.

Last time you did a double decade?
Never! It’s a Girls trick!…. Hah! No, I took a conscious decision not to do them in the 90’s, as it was so over done and never got the inspiration back to do them. Never say Never, but Yully has taken them so far out of reach, I think I’ll leave him to it.

Last time you made a parody video?
I think it was the Nigel Sylvester’s ‘Go’ Edit from last year. I got a lot of hate mail from that one, Haha love it. No one if safe from a Whiteski piss take. 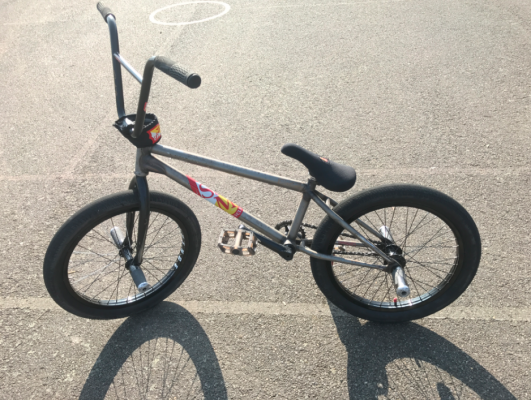 Last time you did White Friday?
No idea, but I still do them in my head from time to time.

Last time you competed?
Last weekend at the UK Flatland Champs. I’ll try and get to as many as possible this year for a laugh, we’ll see.

Last time you broke a bike part?
Break parts??? That stopped when I started riding S&M stuff!!… Actually Spokes! I go through a lot of spokes. I wait until at least four are broke before I replace them!!

Last time you fixed your bike?
A week a go, see above. (only two broke at the moment)

Last time you rode with Phil Dolan?
A long time a go, he’s giving me the cold shoulder ever since I said I was better than him. He’s like a women scorned!! 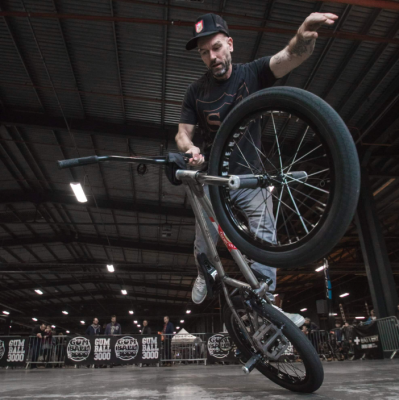 Last time you rode abroad?
Was it Germany 2015?? Blimey! I must get out more!

Last time you rode TGM?
Years a go. Even though it’s only about 10 miles away from me it’s a mission for me to get there!!

Last time you had a puncture?
Ain’t had one for a long time, but I bet I get one today now I’ve said that. 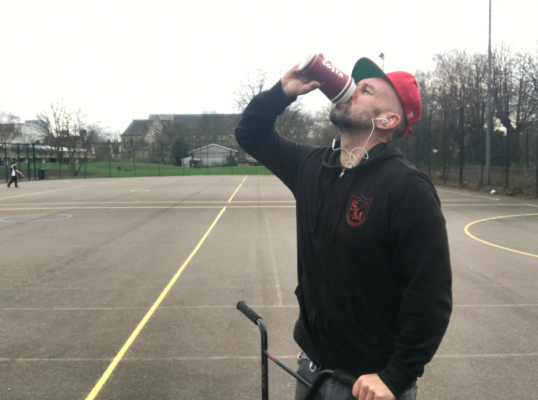 Last time you said “fanks a lot Phil”?
Recently haha! If anything gets in my way, I blame it on Phil!

Last time you did ten one handed whiplashes?
I don’t think I’ve ever done ten, I hardly do them, I may have to now though!

Last time you built an old school BMX?
The end of last year. I have a 82 PK Ripper I’m about to start.

Last time you bought a BMX magazine?
I bought a few copies of Invert Magazine recently. So many memories. 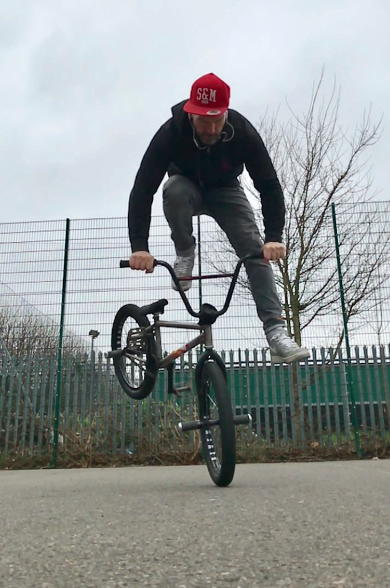 Last time you went to Starbucks?
Starbucks is rare as it’s a walk from my riding spot, but a large Americano from Costa is a must before every session.

Last time you scuffed a caboose?
I have no idea what your talking about. Hah!

Last time you broke your phone?
Okay, so a few years ago Phil convinces me to go Germany for a ‘Deep’ contest. He tells me to meet him out there and we’re ride in the contest etc and have a laugh, but I get there he’s got no bike and is just getting drunk. Then on morning I’m due to fly home he smashes my phone in a drunken stupor! It had all my flight info, e-tickets, directions etc on it, I was fucked! Fanks a lot Phil.

Last time you checked Flatmatters?
I’m on it now.

Fanks a lot James, that was fun! 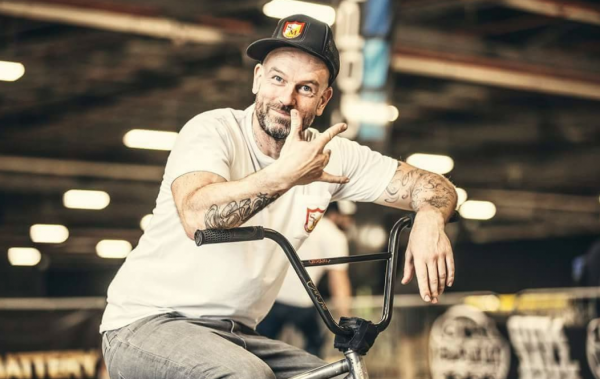