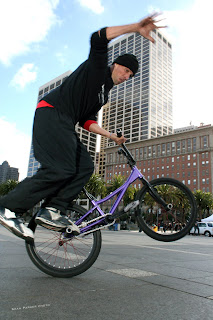 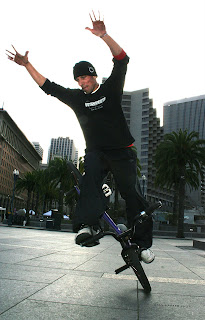 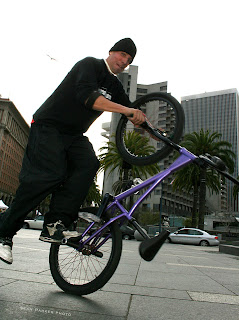 
Pete Brandt, what can I say? For me he’s one of the most iconic people in flatland, I grew up watching videos such as Reality Tv part 1, and reading his Bio in Freestylin’, fast forward to modern day and he’s still killing it, “machine, artist, and athlete all in one”- quote from Chad J. And like when I was growing up, is still one of the top riders, like i said, a true iconic legend of flatland. Here’s Pete B’s last time’s, enjoy!!


Last time you rode in the wet: Today, it started raining at the Clocktower after a few hours of a dry session.

Last time you rode with Eric Emerson: Around 9 years ago.

Last time you watched Reality tv part one: Must be at least 2 years and that was part 2. Part 1 must have been 8 years now.

Last bike part you brought: tennis tape for my bars.

Last bike part you broke: bars, bearings, and a shitty Haro 22mm bb (dont ever get one! I used it for a week and wore it out).

Last video you downloaded: I usually stream, the last video was Steph Cerras new video. It’s sick check it out!

Last time you checked flatmatters: Everyday it is the flat site that has everything!

Last time you rode at the San mateo underground: 3 weeks ago.

Last time you did a show: Last week and I got one tomorrow.

Last time you dj’ed: Cutting it up yesterday. I haven’t played a set out in a while. iPods have taken over the club scene!!

Last time you screamed outloud after rideout at a contest: Probably Voodoo jam. I get caught in the moment and didn’t realize I do that stuff!!

Last time you rode with Jesse Puente: About a week ago. We ride together a lot still.

Last time you were drunk: 3 days ago. 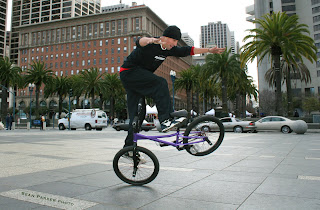 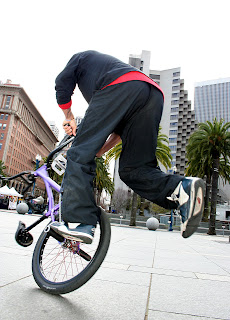 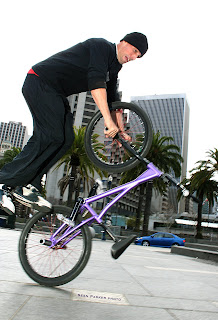 Thanks to Sean Parker for these great photos, shot yesterday!