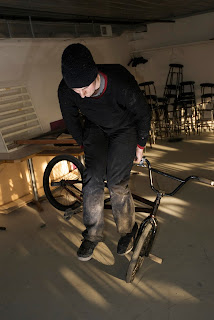 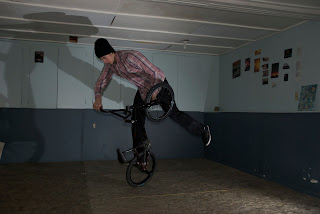 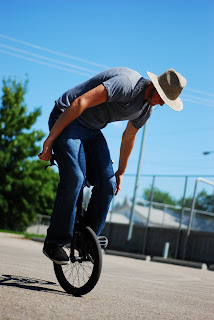 photos all by Trevor Oleniuk.


Pete Olsen has on the scene for many years, some riders just dont have a platform from which to excel,  recently he shot to worldwide fame with his ‘groundtactics entry’, the internet has most definitely had it’s good and bad points with regard to flatland, getting to know Pete Olsen has without a doubt been a good point…


Last trick you learned: Haha, I’ll show you soon!Last time you rode in your basement: 5 minutes ago.Last time you filmed a combo: Yesterday. Last time you threw your bike: Just about never out of anger, but recently on purpose. Last video you watched: Cory Strat’s 97-99, timeless footage from the master of smooth.Last time you saw Andrew Faris: I saw him at the bar a few weeks ago, we both exchanged our “what’s up”‘s and that was that.Last time you rode with Cory Strat: November? December???Last time you rode outside: DecemberLast time you got drunk: Been awhile…Last time you checked flatmatters: One hour ago, I thinkLast time you cried: Last thursday from laughing too hard with my friendsLast time you kissed a girl: Boxing day morning!Last time you danced: December 12th, I did the Polka with my sister at a wedding. The polka was extended for like 12 minutes, which was awesome and horrible at the same time.Last song you listened to: “Lemmingmania” by Amon Duul Last video you downloaded: Natas Kaupas in “A history of Street Skating”.Last trick you invented: Have I ever invented a trick?? Haha.Last time you smiled: I smiled a little bit at my last response there.Last time you wore your strawhat: In the autumn, but perhaps I could wear it all winter too. thanks for the reminder.Last time flatland got you stoked: Today.Last person you rode with: Brandon Derbowka and Trevor Oleniuk, my boys.Last bike part you brought: Grips.Last bikepart you broke: Backwheel spokes.Last time you said “Eh”: Oh probably in conversation within the past few hours. It’s natural.Last time you went riding: About 5 minutes before filling this out. Last trick you landed first go: Xfooted megaspin 360 pivot to Xfooted megaspin thing. Last good film you watched: “Radio-Television” done by Slave SkateboardingLast trick that scared the crap out of you: I did this crossarmed whiplash pivot thing the other day and popped my shoulder in scary fashion.Last injury: Rolled ankles from whopper stuff. Last time you did backwards halfpacker juggler: Few days ago.