We start the month of October with an amazing edit!!!
It feels like I have given out the Must Watch tag a lot recently, it’s already been quite a week for progressive edits and today Joe Cicman’s new Curriculum Vitae 2016 certainly lives up to the hype he’s thrown at it! Curriculum Vitae 2016 documents Joe’s progressive journey as he has pushed his riding month to month working on new ideas for the Master of Creativity confine contest.
The edit really builds from June, and the format quickly going month to month really makes this easy on the eye! Joe has really pushed the Jaffa Whip concept to new levels and the banger what Joe is calling the “Terradoom” at 2:17: a no handed crackpacker no handed jump to no handed backyard is absolutely bonkers and ballsy to say the least! I will stick my neck out and say that is one of the moves of the year so far! This left me wanting more, as all great edits do. Thank you Joe you just pushed flatland up a few notches! 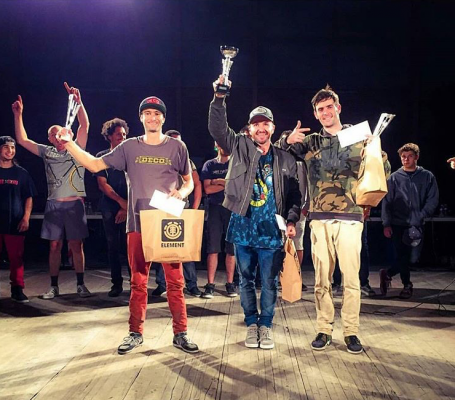 Anyone counting? Alex Jumelin just won his third contest in three back to back weekends and has now competed in nine contests in nine weekends in a row all over the globe. Congratulations to Alex for the win in Royan, France, Thomas Noyer in second, and Remy Dunoyer for the third place finish! 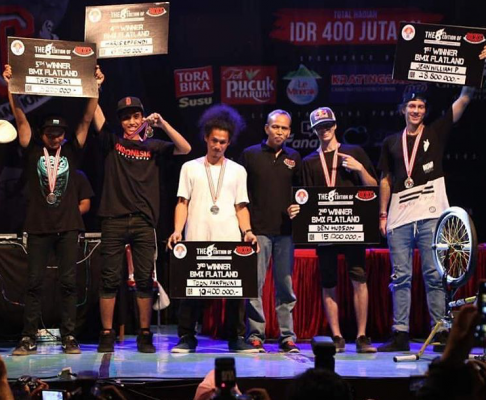 A day later, Congratulations to Jean William Prevost who won the IOXC contest in Indonesia for the third year in a row, followed on the podium by Benjamin Hudson and Toon Pakphum, with Muhammad Harris Effendi, and Botak Kuantan rounding out the top 5!

A day later, Congratulations to Jean William Prevost who won the IOXC contest in Indonesia for the third year in a row, followed on the podium by Benjamin Hudson and Toon Pakphum, with Muhammad Harris Effendi, and Botak Kuantan rounding out the top 5! 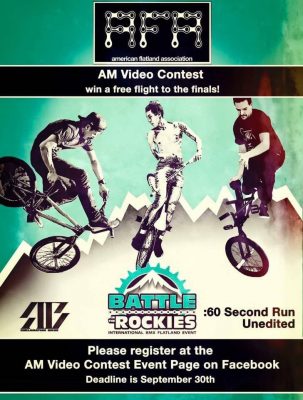 On the 5th, Congratulations to Salvatore Castro who won the AM BITR Video contest and wins a free flight to this years event. Salvatore was followed by Rob Shaw, Jussi Laukkanen, Paul Dezeix, Michael Shao, Etienne Bergeron, and Marty Clark.

On October 7th, A nice treat for us all from Brandon Fenton! The opening scene is pretty powerful. Here’s what Brandon had to say:
“This video is about my exploration of a trick concept that has always been very challenging to me: the whiplash. In the opening scene I experience complete muscle failure in my lower back from pushing it too hard. The rest of the video is a testament to what can happen if you keep pushing yourself past your pain, your fear, your injuries, and other set-backs. You are a force. Don’t let anything stop you.”.

On the 8th, Matthias Dandois took the win at the King of Paris contest at Bercy Skatepark, followed on the podium by Alex Jumelin and Dominik Nekolny! 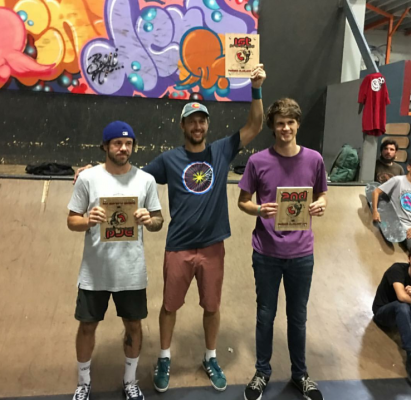 On that same weekend, the other side of the globe. James McGraw won the annual Tangent Flatland Jam in Tucson, Arizona followed on the podium by Austin Luberda and Bo Wade! For all those following, that was James’ fifth win of 2016! 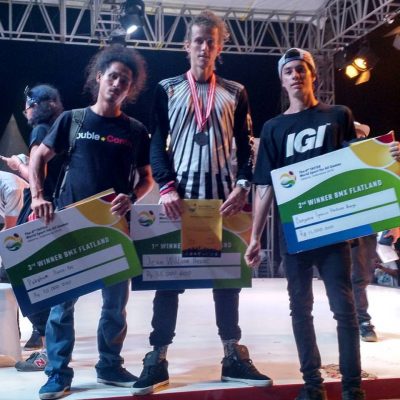 Three contests that weekend, Jean William Prevost took first place at the Tafisa Games in Indonesia with two flawless runs followed on the podium by Benjamin Hudson and Took Pakphum!

On the 11th, I was a day late late posting this edit Steve Mulder posted of Bill Nitschke’s 22 Day Double Decade Challenge! Here’s what Bill had to say about this fun idea:
“10/10 2016 WORLDWIDE DOUBLE DECADE DAY is officialy here. Thanks to Brett Downs for this great idea! The History of this trick with me is DEEP!!! This is my favorite trick. If you’ve been following me this last month, then you may have seen my 22 days of Double Decades. This idea started out at 5:30am on September 1st when I read a post by my cousin, Bradley Ford. It was the song September, by Earth Wind and Fire and I remembered it was my birthday month. So, jamming out in my garage I decided I needed a goal. It popped in to my head (like the Stay Puft Marshmellow Man from Ghost Busters), 22 days of Double Decades!!! At this point I didn’t realize I was going to be doing 22 different variations, but just wanted to do 1 a day until my 46th birthday on the 22nd.”

Also on the day, Hit play for this awesome ambidextrous turbine hitch clip out of TGM’s main man, Jason Forde! So rad!

On the 12th, I reviewed Stewart Munro’s “Landscapes” video, hit the link below for a reminder on that project.
http://www.flatmattersonline.com/landscapes-review 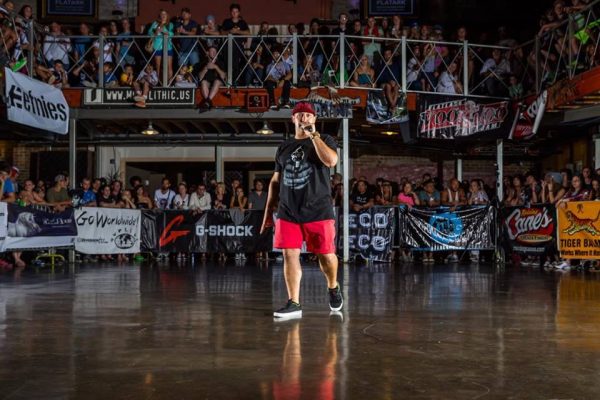 On the 18th, Scott O’Brien hit me up with some sad contest news, for now read below the official press release.
“To my friends I want to say Voodoo Jam is over. It’s difficult for me but it’s true.
Thank you all for coming to Voodoo Jam throughout the years and thanks to everyone that has ever helped with Voodoo Jam.
Especially thanks to Terry for everything with sponsorships and the push these past few years. It was impossible without his efforts in securing sponsors and getting things in order.
I started this contest in 2004 with the help of Red Bull and people that believed in my vision for Flatland. It evolved into a grass roots event that was the results of some hard work and dedication to the passion for riding Flatland BMX.
The mission was simple. Show the world what Flatland BMX can be and have an amazing experience with the best riders from around the world pushing what we love about Flatland.
Mission accomplished!
Time to move forward with new BMX projects and other aspects of life.
Voodoo Jam changed my life and I hope it influenced you in a positive way.
See you out there on the BMX!” 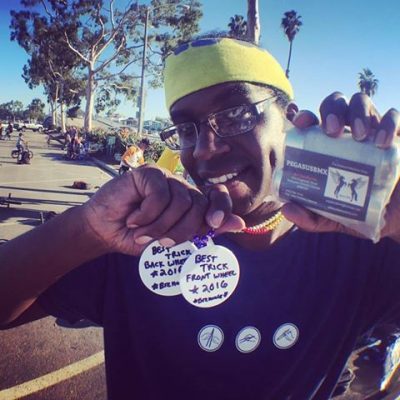 On the 24th, We started off a big week with a banger from Lee Musselwhite, who has been working on his consistency all year which has helped him get to the level of being able to string together some of his hardest signature moves into one heavy line. From the opening spider glide into black widow switch, this is real combination of what flatland is all about: hard work to get the consistency, and the artistic/creative side!

A day later and another Must watch edit! Oh boy, this whet’d the appetite somewhat, combine Heresy’s Sebastian Grubinger & Matthieu Bonnecuelle and a couple of moves I have never seen before, that apparently leftovers! And you wonder what’s coming?? I’ve already hit the rewind several times on Matthieu’s slow carving whiplash line at 00:17, Sebsastian’s xft backwards fakie one handed foot jam whiplash stall at 00:34 is such a nice idea! And if I had to pick a favourite line of the edit it would have to be Matthieu’s front yard foot jam stall no handed one footed going backwards and forwards at 1:10, this is an awesome edit that I have hit the rewind several times! Enjoy!
Photo: Matthias Dandois.