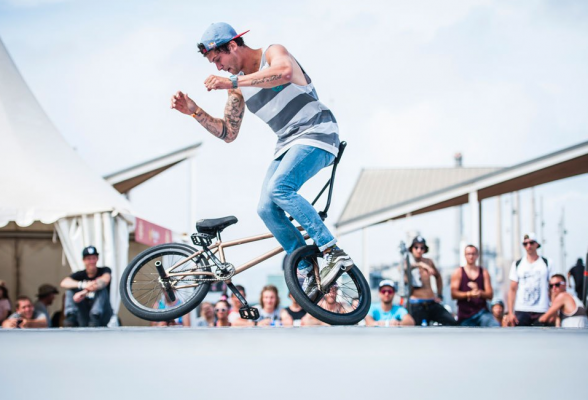 I don’t have a photo from Mulafest, so here is Matthias during his signature no handed spinning half packer at Extreme Barcelona, photo by Ruben Vigil.

Besides a regular contest, the Madrid locals hosted a few fun events for everyone to get involved and win some cash (10-20 Euros per event):