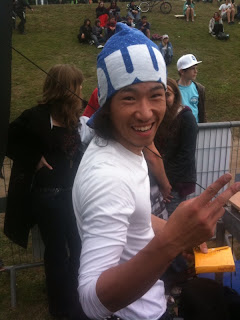 Moto’s 3 min combo link took the top honours in the final stage, before the live finals in Finland on the 7th of august.

* Sam is getting married the week after, so has lot of work to do for is wedding so is unable to make it. That means the fourth place spot gets a free flight.
Martti will be posting the rest of the results later. A few people bailed from this round, which is a shame, but thanks to everyone who took the time to film and post their entries!!!