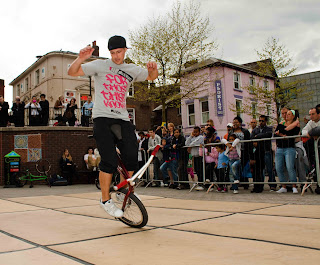 Keelan Phillips, spinning cliff on his way to First place.

There a million things running through my head after this weekends Odyssey Flatware contest in Luton. The event was part of arts festival in the city town weekend.
It turned out a sunny day in the end, and a good amount of riders turned out and even a few faces, which I was psyched to see.
The format was simple, battle format, one rider against another, in the event of an odd number in the battle three riders would battle for the top two spots, one rider would go out.

The expert class had a decent turnout for the UK. With a lot of fresh faces, which was great to see, the format was quick based, and before I knew it I was announcing the semi final, pretty crazy!!! Highlights were definitely Salvador landing his first decade that day! By the end of day he had landed six! Congrats dude! Salvador took his brakeless decades, backwards gadget whips, backwards cliffhangers to third place. There were some great battles along with the way with the likes of Random Rob vs. Salvador, new faces like Michael and Norbert  were the highlight of the contest for me(sorry don’t know their second names,) Michael ruled with a very Alexis Desolneux type of style, brakeless g turn front scuff to pedal 5 out, pedal 5 half bar flip out, and pedal 5 bar flips, it was debateable that he should have won, Norbert did nice turbine hitches, and front wheel boomerang type combos but struggled on the floor, Faqe and Adhim brought their flava into the mix, along with Bmxism’s Trevor who laced together a nice fire hydrant turbine and turbine mega spin to win his first battle, the first place spot went to Jimmy Bondi, a French rider living in Andover, who did bring more variety to the mix, rear wheel backpackers to caboose, time machines, and took home the win and whole bag of goodies from Flatware, he was psyched. Props to all the am’s competing, I really think this contest was about them, these are the riders that matter, these are the future!!! Keep it up!!! 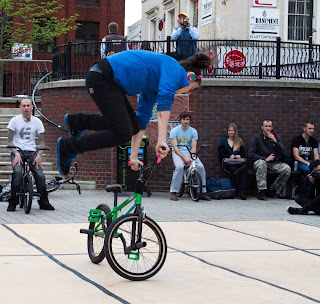 We ran the pro class right after the Ams finished, there were an odd number of riders in the Pro, so one battle was three riders. Lee Wilson made the step up to Pro, and rode consistently in the battle with James White and Jason Forde, I think Lee was surprised as anyone, but 4 clean links took him through with James and Jason sweating over the second spot, it was a tight decision with neither James or Jason pulling a great deal, the decision went to James… 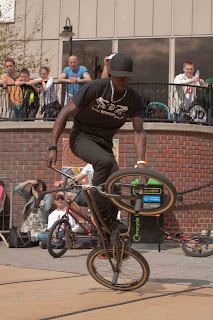 Keelan Phillips had no such trouble, easing his way through his battle with Kevin Brown, meeting Steve Green in semis, Keelan’s consistency was too much for Steve, although Steve in his battle with Lee Wilson for the third place spot, laced a lovely pedal manual to brakeless decade out,  one of the best tricks of the day, stoked to see Steve busting out, Lee had bit of trouble getting it together, which was a shame after starting so well in the opening battle, what is good is we have new riders stepping up to the plate! Much respect!!! 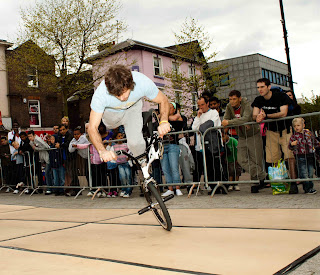 James White got it together after an early wobble to face Keelan in the final defeating, or was that a Beyonce booty shake, the final battle which I already posted up, had the crowd cheering the loudest of the day, Keelan rode flawless with hitchhiker, cliffhanger and crack turbines all over the floor, whilst James touched a few times, James degree of difficulty was higher, but not enough to defeat the consistency that Keelan brought to the hardboard cobbled floor, Keelan deserves mad respect for being able to deal with that floor, I for one couldn’t, hence why I announced… 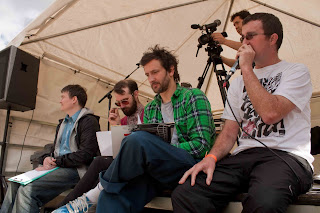 Judges and Flatmatters hard at work…

Much respect to everyone who turned out and supported,Aleks for organising! Odyssey Flatware for supporting the UK scene, I do believe we need to reach some kind of standard as to what is required to put on a flatland contest, we have had two contests in the last year in the Uk, where the floor has been terrible to put it nicely, let’s learn from the mistakes and build the scene!!!!