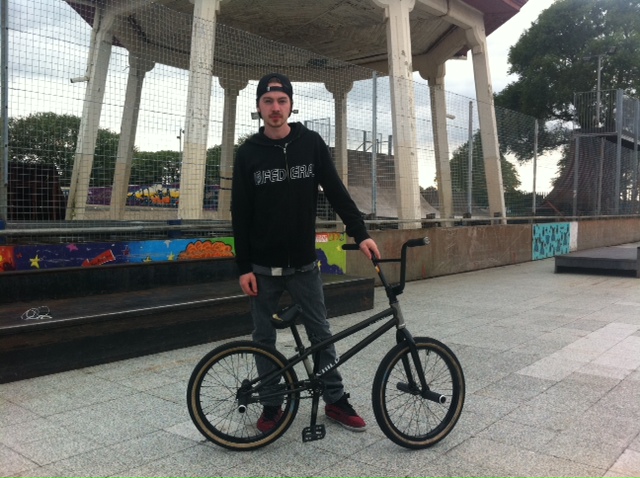 Pete Hollinger was in town for 4-5 days for the King of Southsea contest, the day after the contest we shot this bikecheck, Pete’s ride is dialled, check it out!

“I think this is my eighth SickChild frame, from the Baddabling to the Aqueduct, from the Metropolitan to the Instrumental, they’ve all been solid. I was on a 19.25 version of this last year, it was great for whiplashes but because I’m such a short-ass i struggled to do anything else so i switched back to the small one.”

“Just won these at KOS. They feel huge compared to my last bars, need a while to get used to them.”

“I picked up a few pairs of these dirt cheap a while ago. They are pretty sick. I shred barends pretty often so its one part of my bike I’m really particular about. Before these I always ran the Quamen stainless steel ones.”

“Had this for years. I was running it when I learned kickflips, didnt slip once. No complaints.” 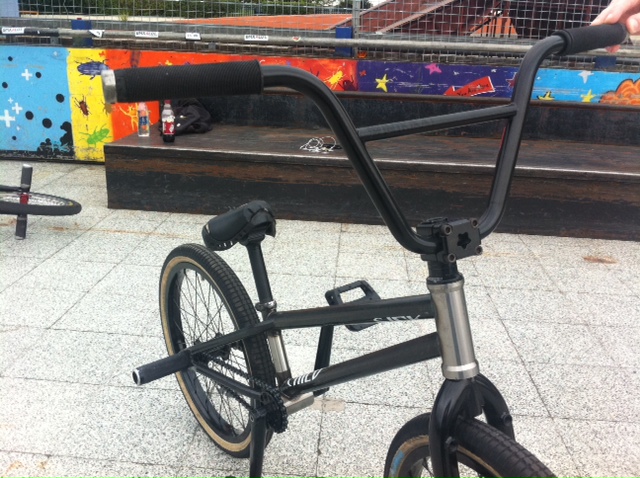 “Its a headset. Not much to say, although I will give it its dues, its been around for a few years, probably time for a change.”

“I wanted lightweight, zero forks with a long steerer- these were the only option really. I wish they made brakeless versions. Stones always end up inside the legs due to the brake mount holes – the noise drives me mad! I spend ages at the end of a session shaking my bike to get them back out. Its like one of those labyrinth games only you cant see what you are doing.
I have always used zero forks. I tried some Primo Strand forks recently, they were awesome but I just couldnt get used to the offset”

“I always like to pimp my wheels, when I’m buying a new set I like to do the job properly. I have no complaints about this wheel at all. Two years old with no problems.”

“I think its a pad from the original OG seat which is about 5 years old, probably more. Then the base is from the newer version which has been cut, grinded and drilled to within an inch of its life. I have tried a few seats but I always come back to this one.”

“They are all the same really” 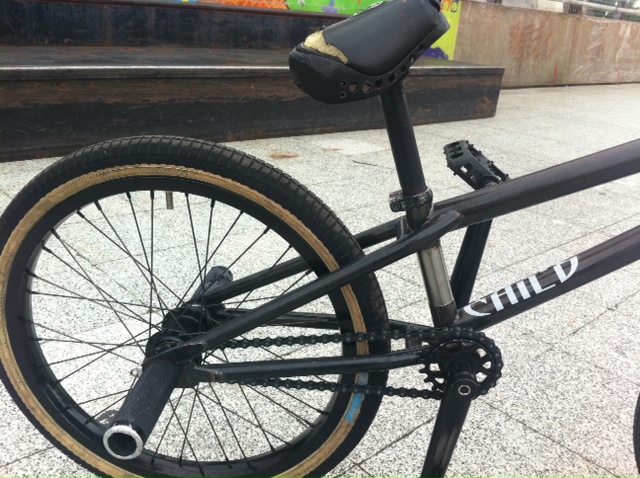 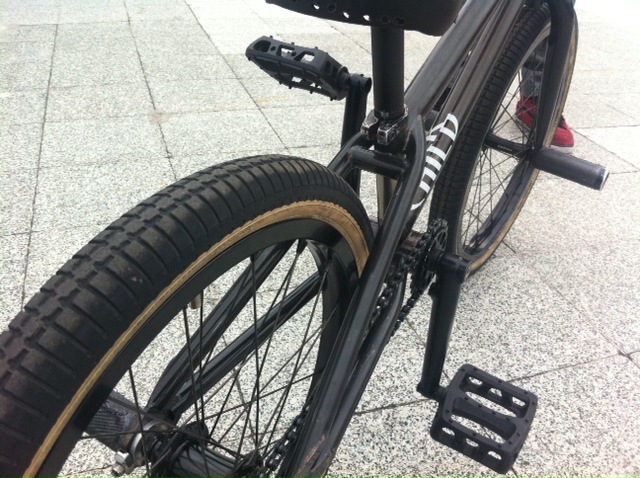 “I am a nightmare with seatclamps. I always overtighten them, I have broken at least four this year already. The Animal one has survived the longest.”

“This is my second set of these, nothing else on the market comes close. They are stupidly light, simple and seem to hold up just fine.”

“Again, this is my second one of these. Quality is second to none. Ideally I would like to see either Profile Mini cranks made for spline-drive or Profile Mini cranks made for micro drive as it would look much cleaner but thats just me being fussy. I know both versions are available in standard Profiles but then they weigh a bit more. Its not that im overly concerned about weight, just that I like to pimp everything out as much as possible.”

“I was running Fly pedals for a while which were really nice but they came loose and I had nothing to tighten them with at the time so I switched to these. I’ll probably put the Fly ones back on when I get round to tightening them up. Lazy.”

“Cheap and cheerful with a halflink. I need a halflink to get the rear end length right and this seemed like the best option. One thing that annoys me a bit is that no matter how tight it is the rollers still rattle from side to side and make noise. Again, thats me just being super fussy. 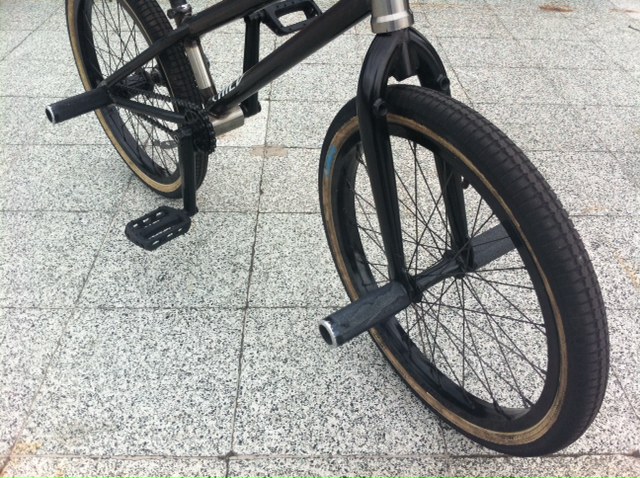 “When i built up this wheelset I wanted everything to be black. Since the Geisha is only available in silver the guys at Seventies hooked me up with a black Federal V1 shell which I then put Geisha internals in. No complaints at all.

“I rode KHE’s for years but I was wearing through them way to quickly. The Odysseys are fine but I have to say, with the cost of tyres going through the roof i reckon I will try something cheaper next.”

“Had these for years and they have lasted really well. The ends are still in really good shape.”