As I reflect on Phil Dolan’s 40th birthday jam weekend, it brings a smile to my face.
Jams are 100 percent positive for the scene, and with the mix of the older and newer generation we began to see some positive light for the future in the UK, which believe me, has been lacking for years.
The plans were loose, day 1 riding at TGM, and Day 2 at Phil’s riding spot in Camden, see what happens, see who turns up? Easy right? 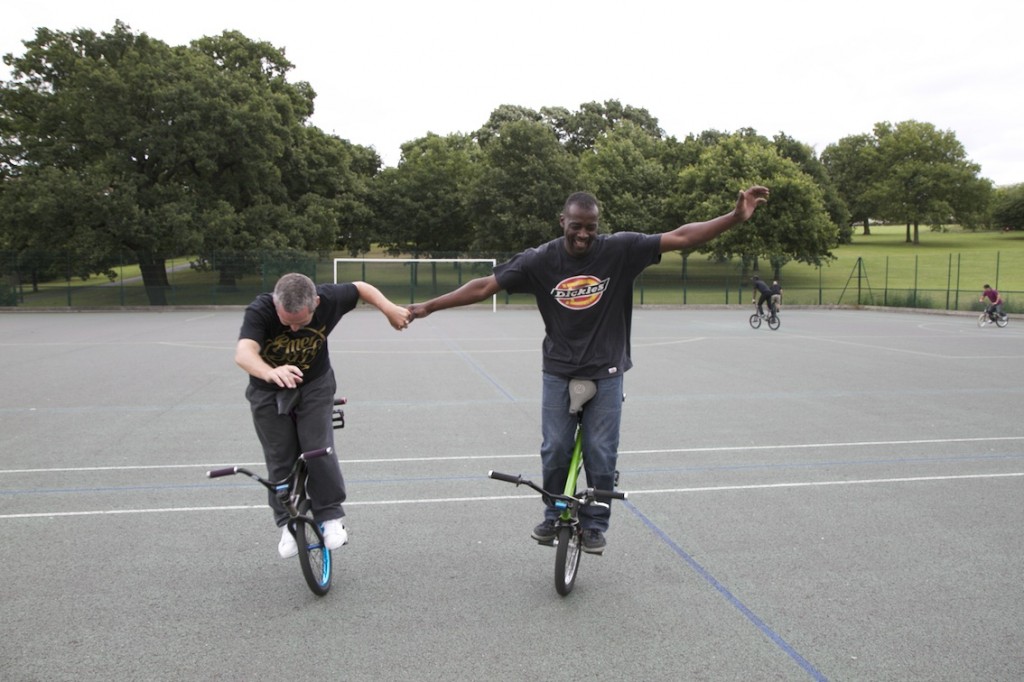 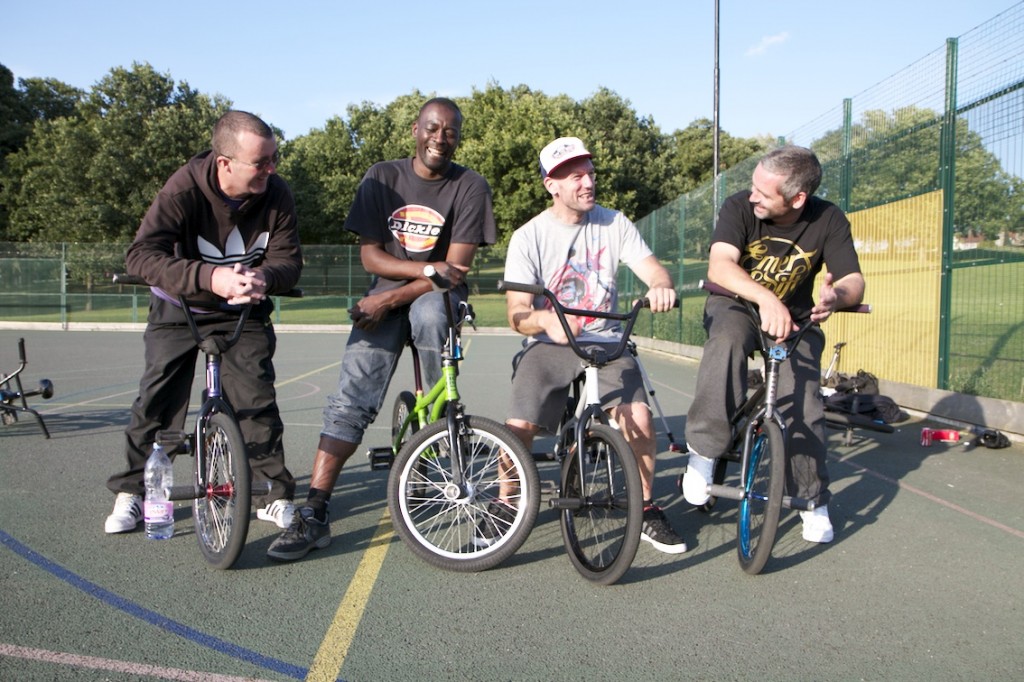 Armin Batoumeni made his way from Paris by eurostar, on his bike for the first time in 7 years! And within an hour he was killing it! What a natural rider!
Phil decided to come out on his birthday weekend holding hands with Armin mid cliffhanger (see photo above), nuff banter followed, well actually all weekend!!
Besides the surprise of Armin being there, it was also a surprise to see James White later in the day, who’s had a lengthy amount of time off (since groundtactics finals).
Towards the end of the first day, a jam circle formed at the mile (as it always seems to do), there were some great moments that can only bring a smile to your face, Armin’s super fast death trucks that had us all scared! Phil nose manualling the mile, followed by James coasting down the mile no handed hang five (jones style), the sessions like this seem to be lost in contests, but happen naturally in jams.
Funny moment at end of the day when myself, James, Phil and Armen were chatting and Jason Forde started spinning a hitch right in front of us. (see photo)
The session went on till late evening, till myself, Phil, Armin and Johann headed back to Phil’s place for the night. Thank you to Sharlene and Phil for being amazing hosts.. 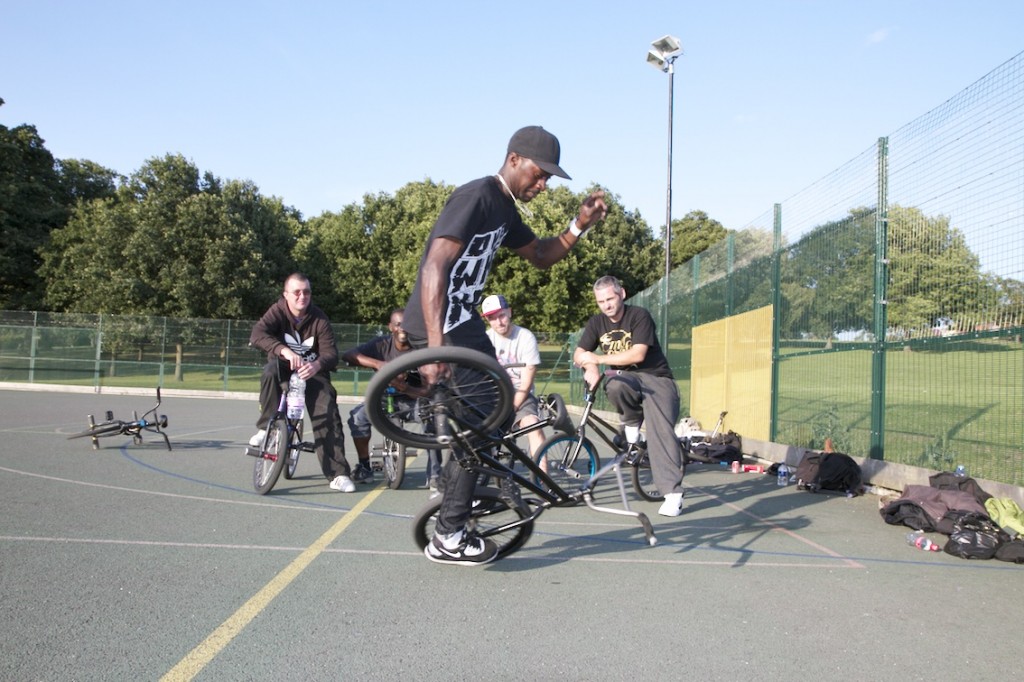 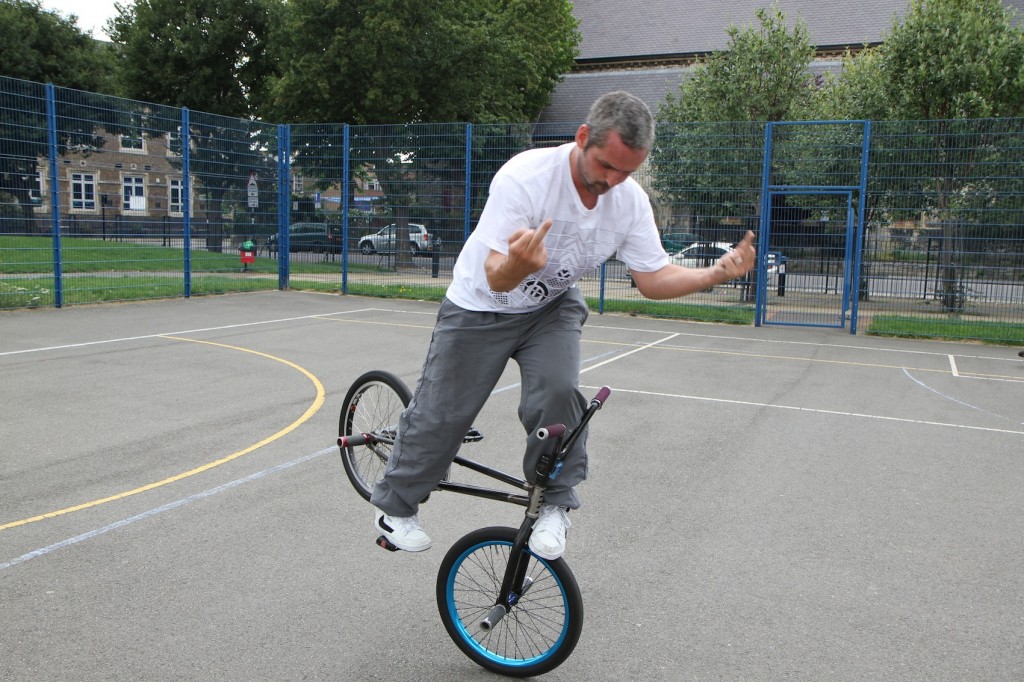 Day 2, at Phil’s Camden riding spot, infamous for Phil and Viki videos recently posted online, around 15 people showed up. As if yesterdays guests were surprises, it’s been also maybe ten years since we have seen Amos Burke at a UK flatland event! It had been quite a weekend for surprise turnouts!
Needless to say Phil was on hometurf and shredding, rolling from one end of the court to the other like only he does, Johann was on hand filming Phil’s combos for an up and coming Emer edit, complete with D lock to steady the camera shot, so look out for that.
Chris Massey brought down up and comer Ashley Adams all the way from Bolton, it was great to see both Ashley and Yinka progressing in their riding, sessioning together. (check the last two photos)
By day 2 Armin was feeling the bike a lot more, multiple jumps crackpacker to steam, cliff kickflips, and even much to my amusement learning how to pump rolling tricks, not that he needed to!
As Phil headed to a local pub, I stayed at the jam to offer some trick advice to a few of the remaining riders, jams are awesome for this, and was a great feeling to give something back, and see the riders progressing as a result!
The vibes were laidback, the sessions at times were amazing, the whole weekend was fun! Amos is already hard at work at organising a flatland jam in hastings, so keep an eye right here for the news on that!
Thanks to everyone who came and supported the jam! 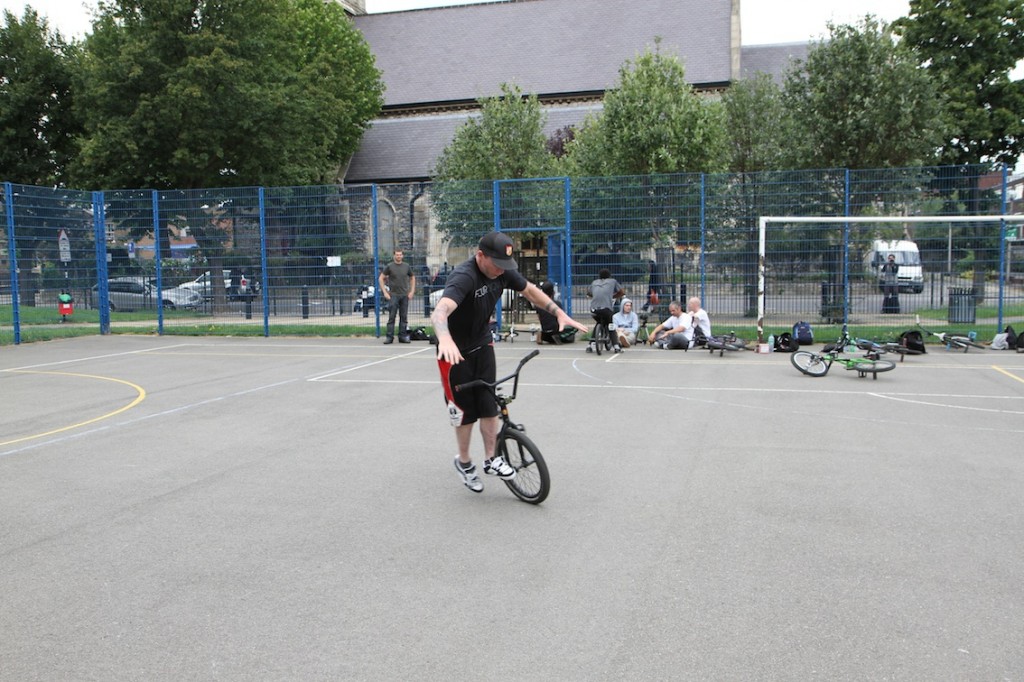 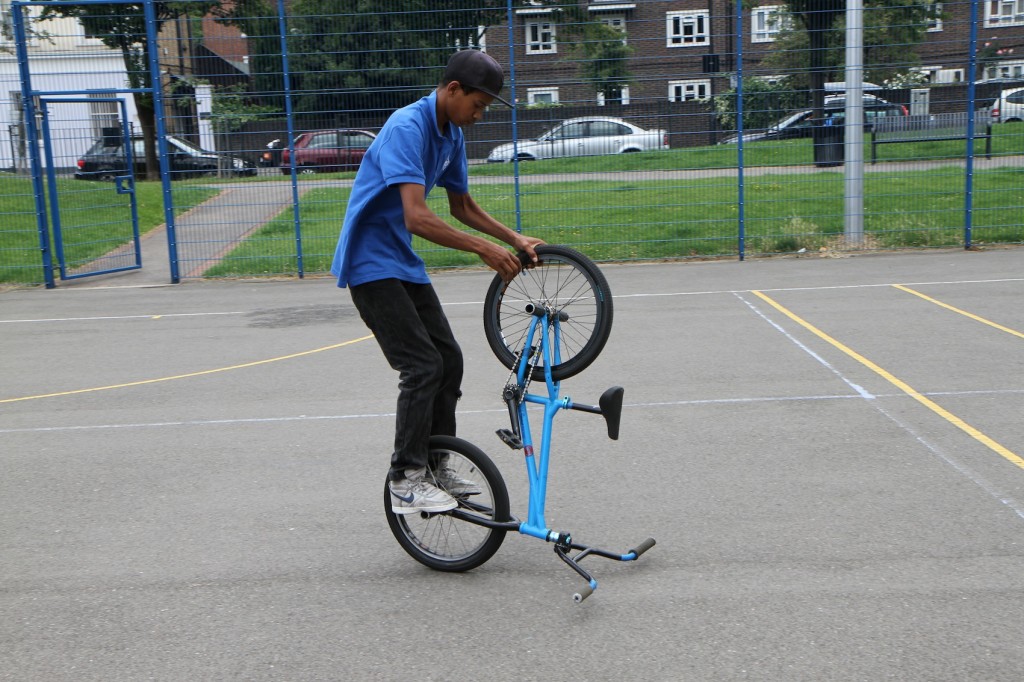 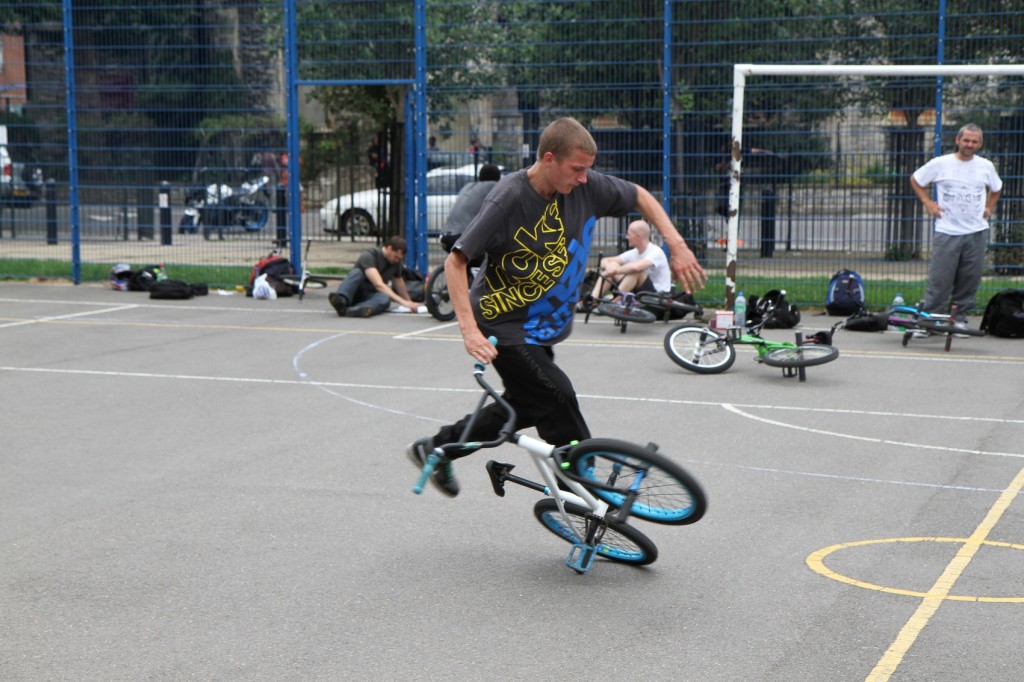