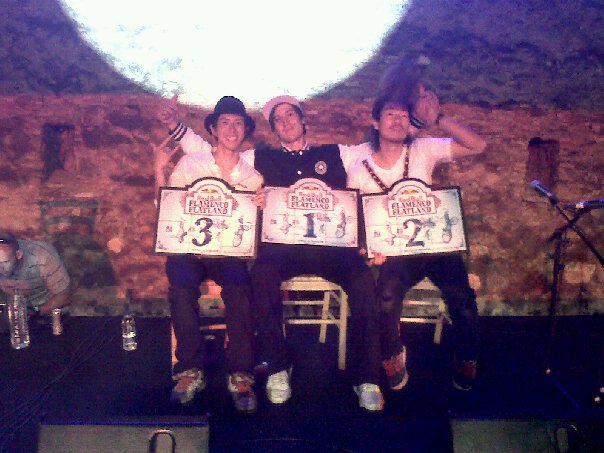 Acclaimed by hundreds of attendees, the current BMX Flatland world champion Viki Gómez won last night the second edition of Red Bull Flamenco Flatland. The Spaniard managed to do the most impossible tricks on his bike showing the beauty of this type of BMX.
In a tight duel, Viki beat Japanese Moto Sasaki in a breathless final round at the Castillo de Gibralfaro in Málaga. A jury of experts in BMX Flatland and flamenco had to take the decision of who is the best flatlander when it comes to combining it with the art of flamenco.

After the successful first edition of the Red Bull Flamenco Flatland held last year in Granada, hundreds of young BMX and flamenco dancing fans have gathered once again in this unique event.

Balance, creativity and loads of art have been the ingredients blended by eight of the best Flatland BMX riders around the globe in an unforgettable night. Viki Gómez (Spain), Matthias Dandois (France), Takahiro Ikeda (Japan), Moto Sasaki (Japan), Jesse Puente (USA), Sam Foakes (UK), Miguel Monzón (Spain) and Camilo Gutiérrez (Peru) were the participants of this singular and beautiful contest.

Viki, exited right after the competition, said: “After last year’s world championship this is the first contest in which I have taken part. In addition, to win at home makes it even more special. The artistic and technical level has been extremely high. On the other hand, the fact that we are riders coming from different parts of the world has brought variety of styles and tricks”.

Moto Sasaki added: “It has been the greatest competition I have taken part recently. It was packed and people were totally into it. For me Viki is the star, he has always been my superhero since I learnt looking at his videos. It has been an honor facing him in the final”.