I was invited over to Koblenz, Germany to judge the Red Bull flow combo contest by Andy Zeiss and Frank Lucas, a team contest consisting of teams from all the different regions in the country. Nice concept. I flew out on friday night, I arrived slightly later than planned due to the flight being delayed. Andy Zeiss and his crew were working hard on the friday and Saturday getting the contest floor ready, check that location!! Amazing!! 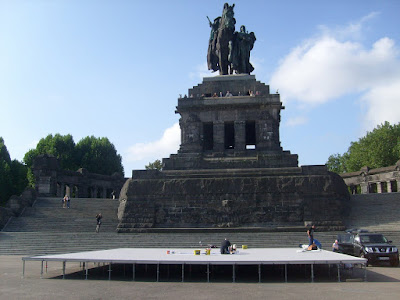 Myself and Martti went riding the whole day saturday whilst the crew set up the floor, this spot in Koblenz had a nice vibe right next to the train station, we met Waldemar there in the afternoon. The spot took a bit of time to get used to, pretty severe slope. We had two sessions there on saturday, martti learnt a few new killer tricks, and Waldemar of course on his home turf was incredible. Both were pretty close to one handed jump lashes, insane!! 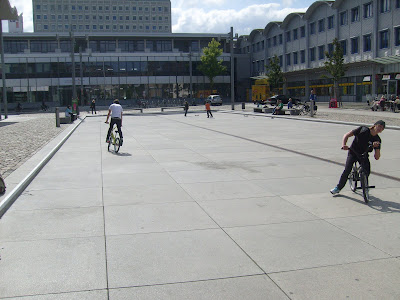 After the first session at the Koblenz train station we headed to Waldemars basketball court, famous for his deepbmx promo videos, Martti filmed a few combos for groundtactics with Waldemar. I landed one new trick there so I was stoked,and martti worked on new back wheel combo..Saturday was a fun day away from the contest, just sessioning, was so awesome to hang out with martti the whole day, and also to see Waldemar killing it, nosemanual jump direct to halfpacker, stook out in my mind, the guy just rides fast, bounces around the bike, so good to watch! 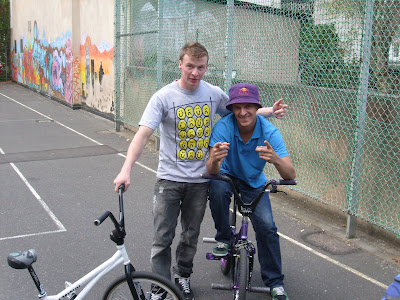 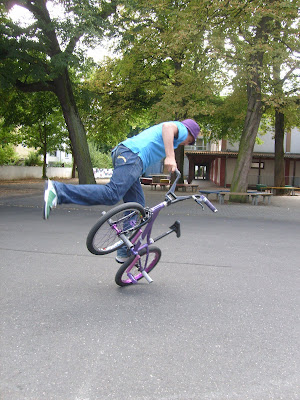 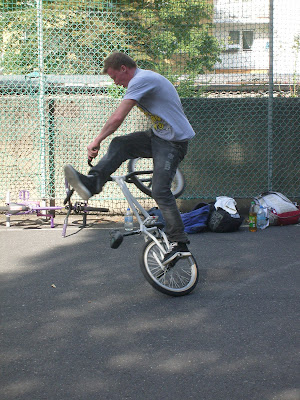