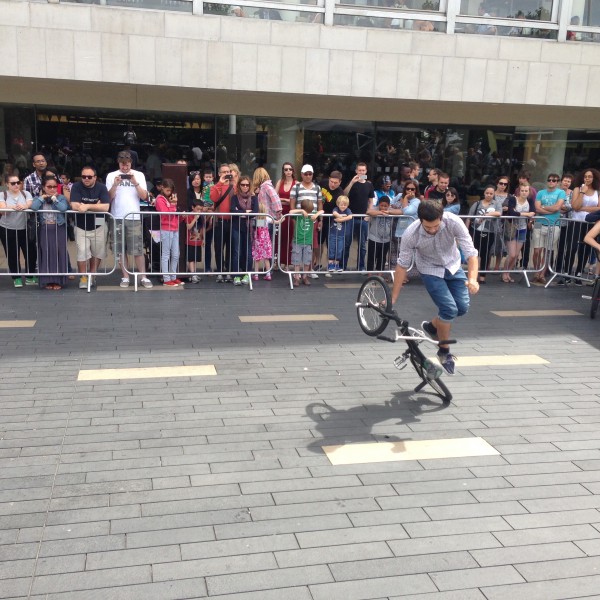 Sometimes flatland can take you to some extraordinary places. Take the Battle Royal event in the heart of London at the beginning of August. The event took place at the Royal Festival Hall – South Bank Centre, normally known for its high end art events, exhibitions, book fairs, live performances, music concerts etc. For many years the London flatland scene rode underneath at the legendary South Bank spot that is now ironically in danger of being taken away.

Things change, cultures change, attitudes become more tolerent. Jason Forde at One Wheel Motion worked hard with the organisers at the South Bank to put on an event at a legit venue, as a teaser for something bigger he has in mind.

The event kicked off with a few shows outside the Royal Festival Hall to drum up interest with the general public. The whole South Bank Centre location has had a clean up, the Battle Royal was part of “Festival of the Neigbourhood”.

As we all moved from outside to the main location, te first impression was “wow!”. How did you get this Jason?

To be riding on a floor that is listed, felt a lil’ bit like “we had made it”. Normally flatland can be tossed off to the side, flatland was a big part of the weekends entertainment at the SBC. Jason organised two teams of 4, Jason captain one team, James White the other captain, Jason invited me along to MC the event. I have to admit I was curious as to what Jason was up to, as he kept his cards very close to his chest. 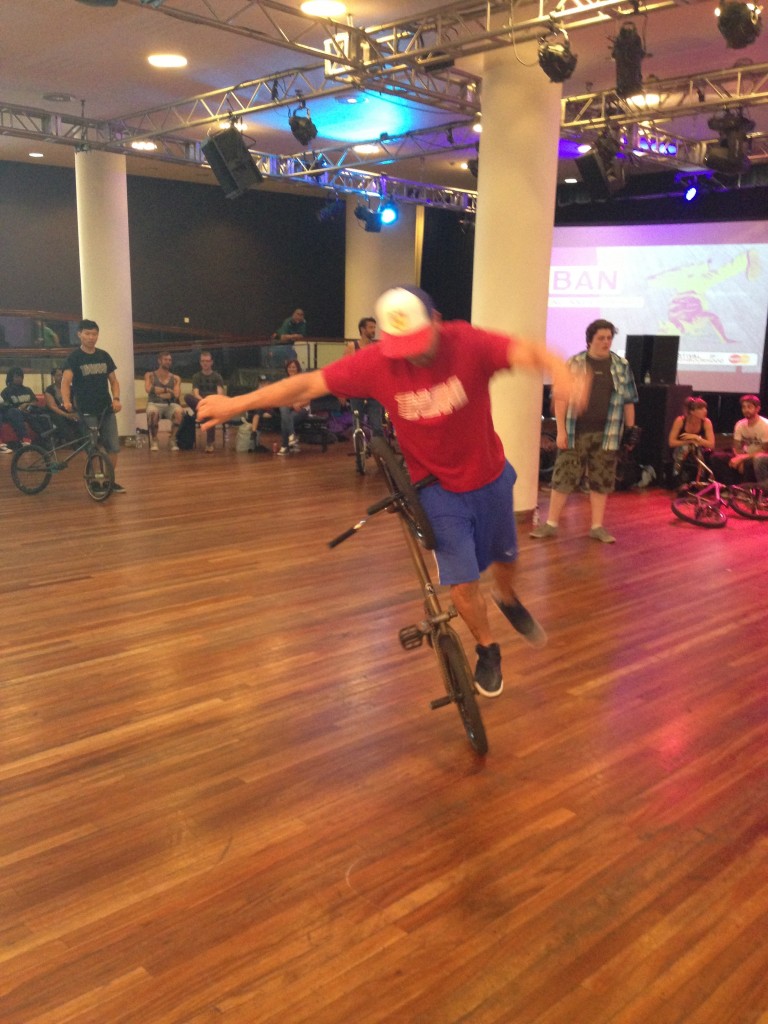 Now sometimes you can prejudge an event, I expected maybe ten riders to show up, but there were more like 25-30 riders in attendance which for a 8 man show/battle seemed a lot! The vibe was great, the general public loved the show/jam sessions. The flatlanders were grinning ear to ear at getting to ride such a good floor before and after the shows, me included. And in the end, not a whole lot could be better than that!

The general public decided the voting for who won, with Jason’s team taking both battle wins. The event was a definite success, and a big plus for the UK scene in general. It was great to meet so many new faces I hadn’t met before, and of course old faces as well. 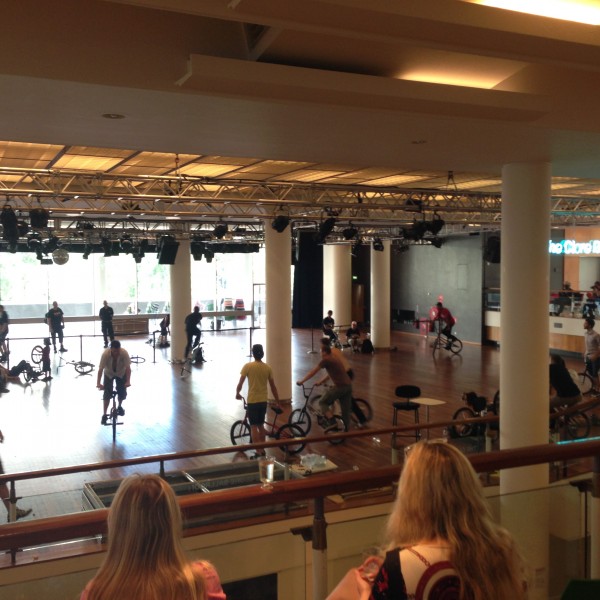 Top marks to Jason and all involved with the event, really look forward to where this event has the potential to go! My apologises for taking so long to get this repo up, it’s been a long busy summer!