On Thursday night I flew into Zurich, Switzerland for the annual Bike Days contest. Dan Hennig kindly picked me up from the airport and we kicked it at his new house out in the beautiful countryside on the outskirts of Zurich. Dan picked up Dustyn Alt and Maik Speer on Friday morning before we made the one hour trip to Solothurn. 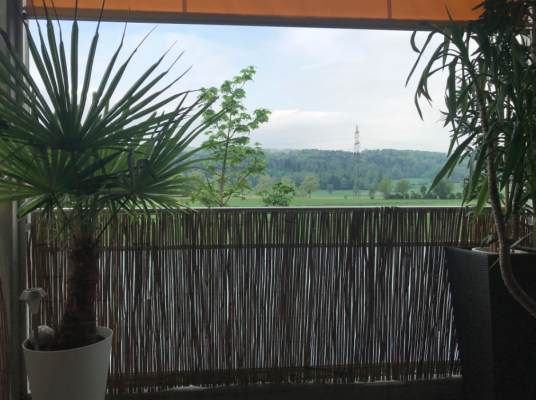 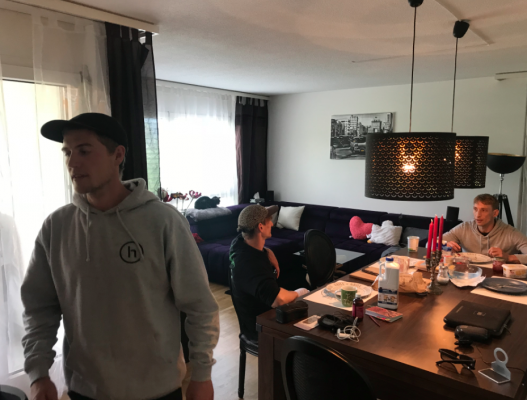 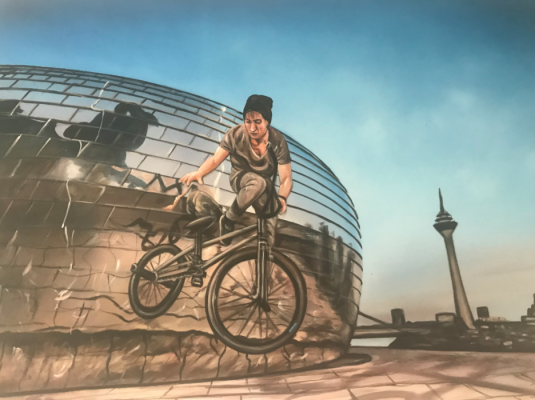 Dan made us all breakfast and coffee, and we had a nice moment talking about the current state of flatland and everyones collective responsibilities.
Dan was having some problems with his car, so Dustyn and Michael took the train to Solothurn whilst myself and Dan made the trip in Dan’s girlfriends car. As always when I am away at a contest I like to give you the reader of Flatmattersonline at home a flavour of the event I am at, rather than just a winning run and podium shot. These events like the Bike Days have much more going on, hope o capture a flavour of the event so you can what it’s like. 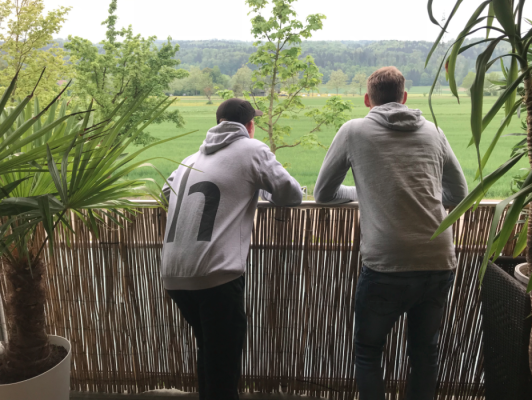 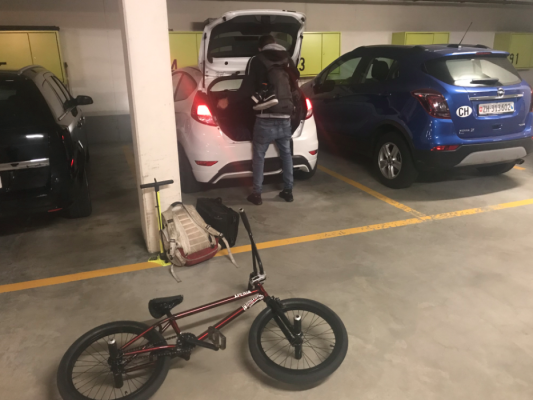 As we left for the contest, I was blown away by Dan’s parking garage set up, a flatlanders dream, large stone floor, totally smooth, great lighting. Dan said it was too cold in the winters, so he hired a small room to ride. Soon enough we were in Solothurn, checking out the mountain back drops the whole way there the time seemed to fly. 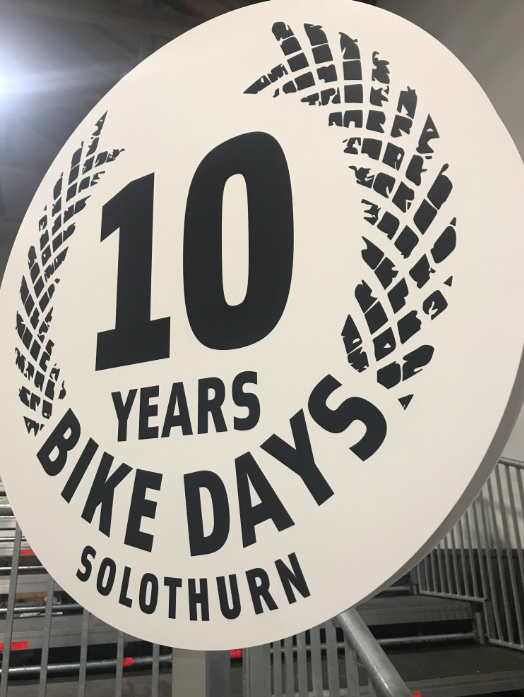 Upon arrival, I didn’t realise it was the 10 years anniversary of the Bike Days contest. This was my third time being invited to judge, time to check out the area. The Bike Days area is one of my reasons for coming back, stone floor and always good riding here, plus the organisation is always spot on. Good vibes in Switzerland, the attendance looks a little down on previous years with 20 or so riders competing today. The riders are warming up on the area as I update behind the DJ booth. Frantically trying to keep my charger adaptor from popping out, can you imagine? 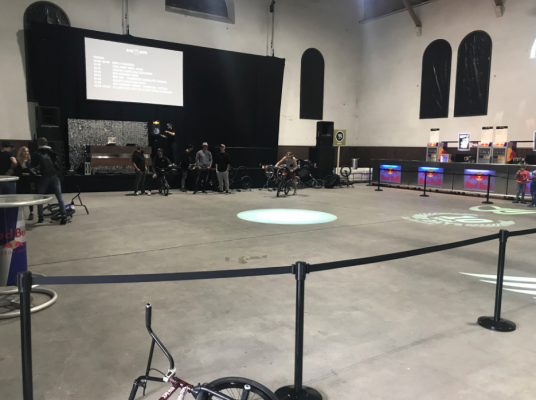 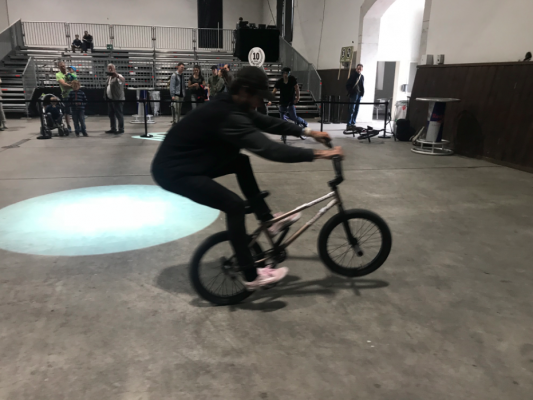 Matthias Dandois was warming up as I arrived, coasting backwards manual across the smooth floor. Jenza from Italy, Frank Lucas, Dan Hennig of course,, Gino Stuart, Jorrit van Drumpt from Holland, Etienne Giraud, Masato Ito and Minato Sato were all sessioning and getting used to the floor, later on in the night would be a highest bynnyhop contest and spinning on the spotlight. 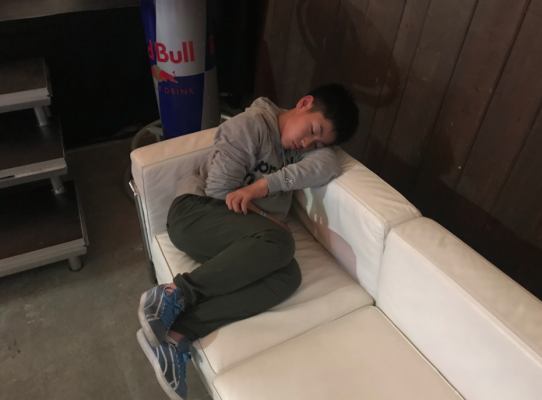 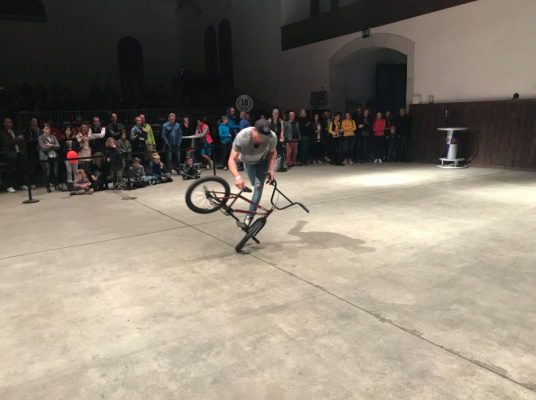 Food and general living is expensive in Switzerland, so pretty grateful that the organisers take care of all our meals throughout the weekend. I sat down with Jorrit and talked about his trip, turns out he took the train to Solothurn, and is travelling from here to Montpelier with Gino on Monday. Rad to hear of riders making the trip to multiple contests like this. 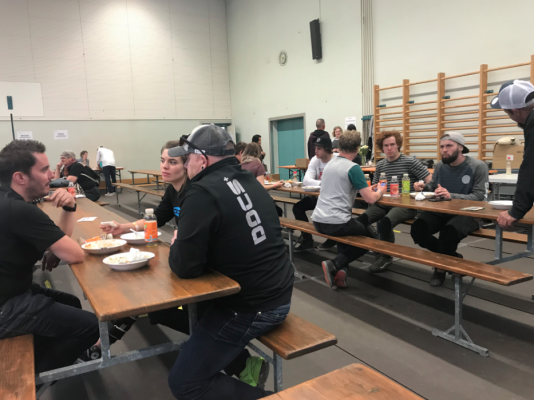 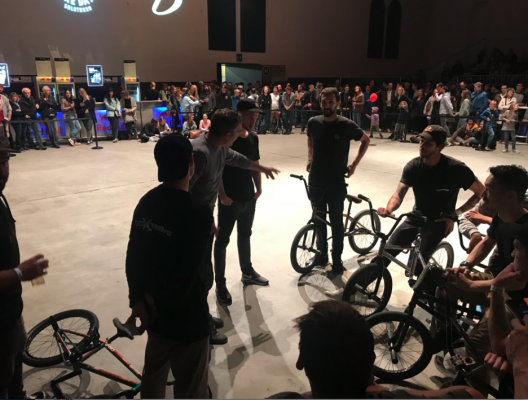 Oli Muller called a riders meeting before the show Friday night, I did a instagram live feed, good fun with all of you at home. For all of you that missed it, it will still be on my feed till the end of the day. Marco on the mic duties, and the crowd was building nicely.. 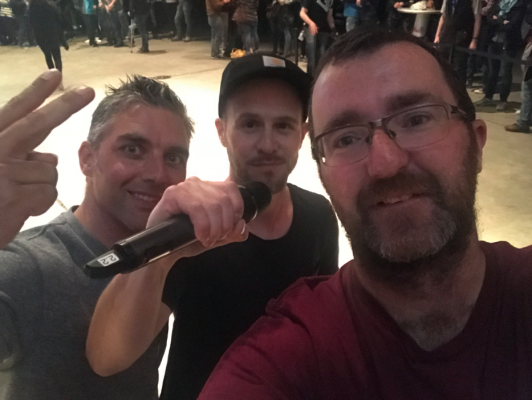 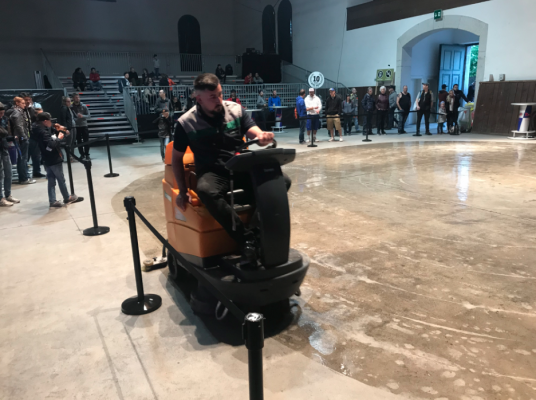 As I said before, great details at the Bike Days event! Contest floor getting cleaned properly before the show went down last night. The stone floor was pretty dusty so will get cleaned multiple times today I am sure before qualifying at 3 today and finals sunday. 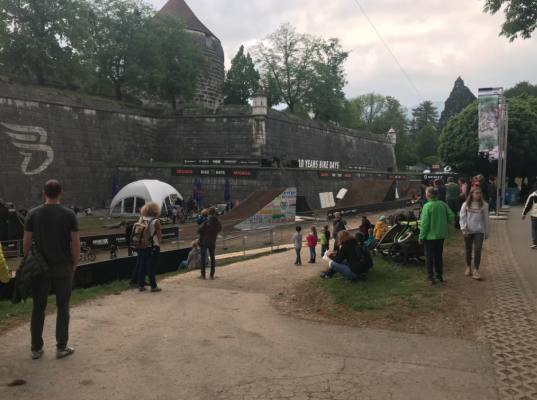 Bicycles are huge in Switzerland, besides flatland at Bike Days there is road biking going on around the town and dirt jumping on MTB’s. Rad jumps set up to a sick backdrop! 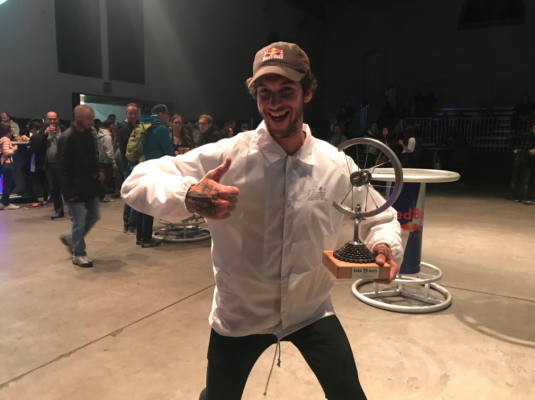 If you watched the instagram live feed last night, you will have seen the highest bunny hop didnt have winner with Dan Hennig and Matthias Dandois both on the 80 mark, and MD was unable to match last year’s 90 mark. However when it came to the spinning spotlight contest it was all about Matthias Dandois this time beating Dan Hennig’s earlier attempt with a crazy long Spinning Cliff! It was a good first day in Solothurn, practise is going down right now. Dominik Nekolny and Jean William Prevost just arrived and are already shredding, its getting hot in here! Stay tuned for further updates when I get some time and wifi! Hope you enjoyed the Day 1 breakdown…