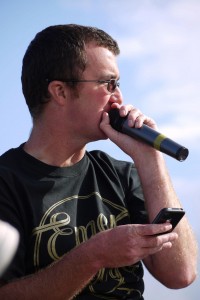 It’s now the Thursday morning after the 2nd annual King of Southsea event, I am still exhausted, but it’s time to get this report done. The overwhelming thing that stands out in my mind from this years event, is the new generation coming through the ranks.
All the hard work that goes into organising a big weekend event such as the KOS, seems all worthwhile when I see fresh faces in the scene, I intended KOS to be a grassroots event that gives the AMs a chance to gain some contest experience here in the UK. Events are few and far between.

This year we had a few riders make the trip from abroad which I am very stoked on, Pete Hollinger made the trip from Ireland, Gino Stuart and Michael van der Kroft from Holland, Yannick and Jean Michel Chauvel from Normandie, France, Martin from Global Flat, and also Tex was in Southsea for the first time in ten years!
The format was the same as last year, two runs, best run counts! A simple format that gives the riders a chance to bust out!
We had a few small showers right before flatland, so whilst we dried the rink, I went round interviewing a few riders, and a also dropped a bit of trivia, which no-one got, but it was pretty funny, just to see peoples reactions…
At KOS the format is simple, two runs, best run counts…

To my surprise DJ Issacs ( a street rider ) won Novice flat, lacing together a solid first run, with all manner of street moves on the flatground closely followed by Andrew Parkin and Dean Pidgeon, Andrew did a nice fire hydrant karl kruzer switch hand fork wheelie combo, the real story of the Novice class were the two sisters that placed 4th and 5th respectively, Nicole and Chelsea Lewin showed some great basic skills. Mentor, Chris Massey looked like a proud man, Chris has done so much for the UK flat scene, goes to show what can happen with a bit of support! Well done girls!
If that wasn’t enough we had more youngsters, this is rare in the UK! Richie Spencer and Cohin Brooker deserve a special shootout for taking part, hope to see them at more flatland events in the future! 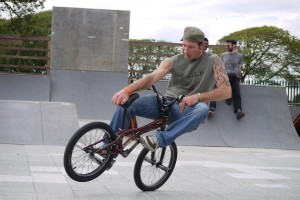 The Am class raised their game this year, and the level naturally went up a few notches from the Novice class, 12 riders competed, Gabor Szitas tore it up with fast rolaids, hitchhiker juggler combo 360 bar flip out, winning some great prizes by S&M, DeepBMX, Function Flatland and Flatware!
Yannick Chauvel made the trip for the second year in a row from Normandie, France with his brother, Yannick dropped his infamous tow footed pedal steam, as well some stalled out caboose stubble ducks, but on this day Gabor was a cut above his level. 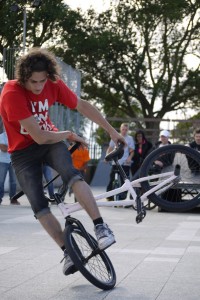 3rd place went to Gino Stuart, all the way from Amsterdam, Gino has improved a lot, really nice xft turbine for wheelies back and forth then crossing over to fire hydrant turbines, all with his forks backwards believe it or not!
4th place went to Function Flatlands Ashley Adams, Ashley has come on leaps and bounds during the last year and a half, and that really is testament to all the hard work Chris Massey is doing with his youth club in Bolton, it really was a feature of the contest, the girls in Novice, Ashley killing it with super fast time machines, foot jam decades, inside cliffhangers, a real style emerging from his riding, good to see! Close behind TGMs and Function Flatlands Yinka Thomas, I may have shocked Yinka with my random interview during the warm up, but he looked calm and collected during the runs, nice elbow glide rebate to halfhiker, smooth lung spins, its great to see plenty of new talent emerging from the UK scene. We have been waiting and wondering for years, who’s next, but with the likes of Ashley and Yinka, and also 6th place Salvador Brown, you can see the wait is over! The nerves seemed to get to Salvador is this day, and he struggled with the stuff I normally see him nail, nevertheless his backwards manuals and backwards gadget whips were dope!
7th,Yannicks brother rode with an old school style that brought a smile to everyones face, super smooth stalled out rocket g turns, were the highlight of his runs.
Robert Voller finished eighth, with fluid style, nice spinning hitches, and no handed gerators, shootout to the Gypsy games that event is awesome!
9th place went to Griff, nice hang nothings, and super smooth half cab to backwards manual slider out!
Tenth place went to the Brighton jam organiser, Chris Carter, you may recall the interview I did with him a while back, Chris hit a nice backpacker juggler during his second run!
11th and 12th places went to the Fareham crew, Random Rob and Dave Cowell, Rob was close to landing footjam decades, and Dave did a nice 360 bunnyhop to manual. The standard of riding was great to see out of the experts. Made the weekend all worthwhile for me!

This years King of Southsea flatland contest had a real feel of out with the old in the new, I was MC’ing and organising the whole event, James White was in the audience, and Phil was injured so he helped judge. Whether intentional or not, it gave the event a fresh feel I thought.
The pro class had nine riders, street rider and all round nutcase, Issac Clarke entered everything all weekend and came out winner of King of Southsea, congrats Issac! Amos Burke made the trip to Southsea for the first time in ten years, was great to see Amos competing again. 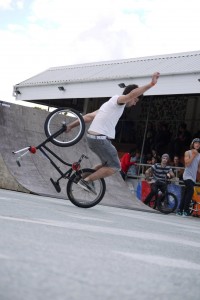 7th place went to young gun, Andy Hale, a rider I am expecting big things from in the future, no pressure or anything Andy, on this day he had a lil trouble on the 360 varial to two footed dump truck pivot to xft upside combo he normally nails, nevertheless he said all he wanted was that he didn’t come last!
6th place went to TGM local Steven Green, nice no handed messiah turbines, one foot pedal manual foot jam decades, but a few too many mistakes but him down the list and out of the top three.
5th place went to Michael van der Kroft, who was ripping in practise, so much so, that he was in Am, and I moved him up to the Pro class, this guy definitely has a good future, he got stuck in the contest repeating his spinning circle k to spinning one foot halfpacker combo a few too many times, but like Andy I expect big things out of this guy! Like a said a real feeling of out with the old in with the new.
4th place went to Norbert Onodi, super smooth style, Norbert made the trip all the way from Liverpool by bus, hardcore! Really liked his switch foot pedal 5 to whiplashes…
3rd place went to DeepBMX’s James Smith, James’ first run was awesome, I haven’t seen James compete for a long time, so it was great to see him lace together some long combos, as well as dialled multiple whiplashes, inside xft steam pivot to steam juggled round to halfpacker to crackpacker. 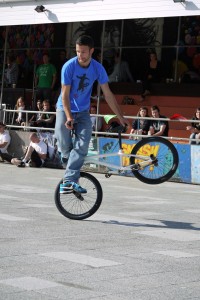 Gergely Szajer tore it up for 2nd place in Pro Flat, crackpacker to teakettle right here!

The top two were super close, second place went to Gergely Szajer all the way from Hungary, he has improved a lot, really liked his crackpacker reach through the legs flip to teakettle, multiple turbine halfhikers to spinning hitch, Gergely was dialled!
First place at King of Southsea went to Sickchild’s Pete Hollinger, considering Pete never rides contests, maybe the last one was the rained out Southsea event a few years ago?? He rode like a contest veteran, (especially in the first run) super calm and uber dialled, I heard someone say his riding style was similar to James White and you cant pay a bigger compliment than that. Pete killed it, whiplashes to multiple jugglers to halfpacker to hang 5 360 flip to steam juggle bar flip out, Pete’s buttery was great to see! And everyone was stoked and not surprised at all that he won. I think Pete was most surprised.
I had some great sessions with Pete whilst he was in Southsea last week, well deserved win. “Sickchild baby”. 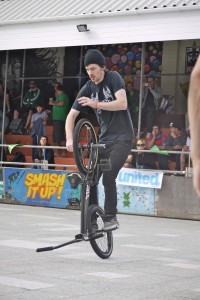 We pulled it off! Year 2 of King of Southsea, and the scene is changing and evolving most notably this year! Thank you to all the riders and spectators that supported KOS, all the judges, Trevor Lacey, Johann Chan, and Phil Dolan! All the sponsors that supported flatland at KOS, (Chad Johnston, Chris Moller, Ian Morris) at 4 down for the S&M prizes, Chris Massey at Function Flatland, Matti Rose at DeepBMX, Johann at Emer Clothing, Ben Marvin at IMG for the Flatware prizes. The contest was laid-back, the riding went off, it started to feel like the aim of KOS was working…

12 thoughts on “Repo: King of Southsea”