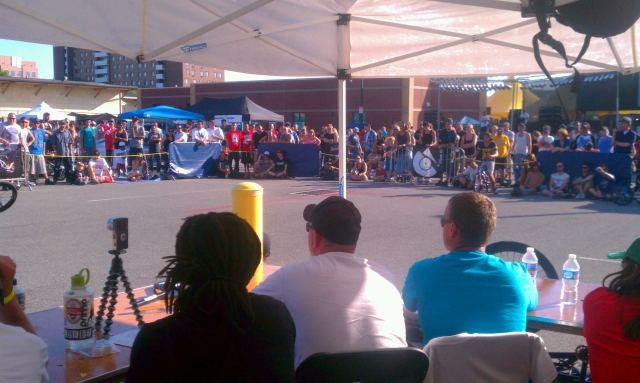 On Saturday at the York contest the masters and pro classes were held. And to be honest, I was a little disappointed by the lack of riders in each class. But I know other people have many other things to do these days.
The masters are awesome to watch. I really hope that some of them make the step up to the pro ranks next year. If I’m correct, I believe there were 12 riders in the master class and eight qualified. I honestly think that everyone rode really well. Some guys had some trouble with the floor, as it wasn’t too great.
The final runs were awesome. Everyone who was in them threw down their hardest stuff. The trio of the Pralex team are definitely progressing in and going for their new tricks instead of just doing the same old, which I really respected. Another standout was Jussi from Finland and Todd Gully. Both of those guys worked really hard it was awesome to see them get second and third. I have to give it to Dave Debuono for having a flawless run. His links were smooth and he hit every single thing he went for. It was awesome to see him walk away with the win. 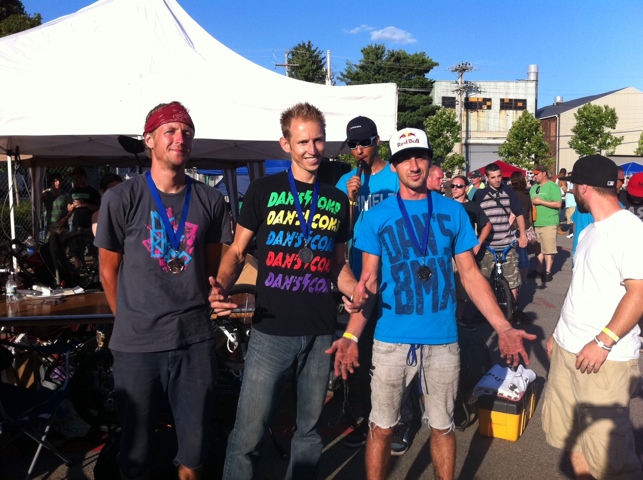 The pro class only had six riders in it. Five of them were from America and one guy from Peru. And just as a side note, Kevin Jones was judging the pro class. Bo Wade and Stephen Cerra had quite a bit of trouble in their runs, unfortunately. I feel like they will do better next time if they attend. This guy Antonio from Peru was killing it during practice and during his runs. It was a real treat to watch him. He just couldn’t pull it together in the finals. Dane Beardsley is always a treat to watch. No one does any of the crazy technical slow rolling tricks he does. He definitely deserved his third place winnings. He even finished his final run with a front tire quickly losing air. Terry Adams was on point in his runs, pulling all of his original tricks and getting the crowd hyped up. And the winner of the whole thing, Matt Wilhelm spun his way into victory. It’s mind-blowing how fast this guy can actually spin. He rode really hard and was very consistent in both of his runs. It was awesome getting to witness his riding firsthand.
The contest had probably the best vibe and so many riders got to ride with their favorite pros and some even got to talk to Kevin. Everyone seemed to have a great time. I don’t think I heard one complaint the whole time. Well, okay, maybe one complaint, it was hot as hell.

One thought on “Repo: York Contest”