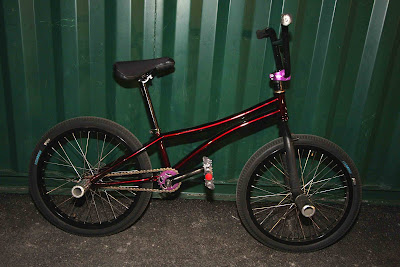 Where do I start this intro? Without rambling for hours… I’ve known Sam now for 11 years now, I’ve seen him grow from a lil kid doing one handed funky chickens in my local underground to accelerating through mind boggling combos under the most heated contest pressure in japan, throughout this time, one thing has remained constant. His love for riding. And the desire to push his riding. Without further a due, lets get this started…

Jaffa hows it going? What have you been up to?

Good thanks. I have recently moved to Manchester to work for British Cycling as a Go Ride BMX coach. It is all about developing the sport at grass roots level, going into schools and council sessions to promote Manchester BMX club and coach riders BMX skills both in the schools and on the BMX track. For me it is a great opportunity to work with the best cycling organisation in the world, and develop the sport of BMX. It isn’t flatland, but it is nice that I have an opportunity to work in a similar area. It ties together my Sports Science and Physics Degree with my passion for BMX. I am really happy at the moment and am enjoying my new lifestyle a lot.

How have you found the move from KGB to Zion? I know you look up to Martti a lot..
It was a tough decision. As I have said before it was always a dream of mine to ride for KGB, and I am really proud that I have had a chance to represent Martti and Viki for 2 years.Martti is the best Flatlander of all time in my opinion. He dominated flatland both in contests and in videos for years. Even right now the KGB vid is ground breaking. I don’t know anyone in this generation who is as far ahead of everyone else as he was. I also don’t know anyone who managed to win all the comps whilst still being so hugely progressive and innovative. I do look up to both Martti and Viki a lot and view them as friends and this made my decision hard. The reason I have moved to Zion is that Mislav has offered me a fantastic opportunity to design the bike that I have always wanted. I think the quality and engineering of Zion great and I also really like Mislav. These factors seemed to offer me a new opportunity that I really wanted to pursue. It was not a quick or easy decision though. A massive thanks to Martti and Viki for their support. 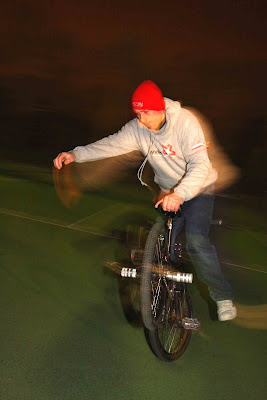 So I guess you know this interview is “focussed” (haha sorry Sam couldn’t resist) on your frame, firstly tell me about the bent tubes on the front end, they are very specific in their construction?
Absolutely. I wanted simplicity, but couldn’t ignore function. Whiplash type tricks are an important part of my riding so I looked at where the foot steps over the frame, this is why there is a slightly tighter bend at the front of the top tube. It isn’t drastic and it isn’t the lowest frame on the market, but it has room in the right area for whiplashes. The down tube is smoothly bent, again, I like to be tight in when doing halfpackers so felt room was important in this area. The tubes do not touch, because we wanted to avoid excessive welding which often makes frames brittle. This is also why you do not see any multiple welds and gussets in the front end like many frames.

You’ve previously always rode shorter top tube frames why change?
Space. Again I guess it was whiplash focused, more room to whiplash. It has turned out to be a really comfortable frame for a lot of other tricks too. I’d also like to point out, although it is longer, it doesn’t feel massive, it actually feels nice and easy to manipulate.

I’d second that…The back end is super short, why did you choose that?
Backwheel combos. The overall wheelbase is really similar to the superpower. This makes deathtruck type combos a lot more comfortable. It also spins really nice and tight on the backwheel. It might be one of the specs to come under review, maybe add a tiny bit of length to balance out the frame a little. Whether that happens or not, the back end will still be tight for the reasons mentioned above. 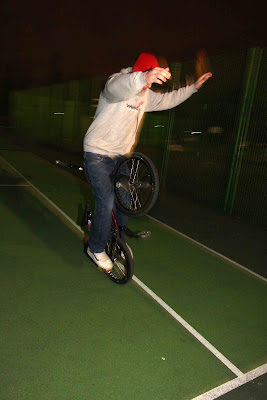 14mm dropouts, you’ve always had to cut out your frames, must be nice to just slot that 14mm axle in there now? What about the guys who run 10mm like me haha
The 14mm dropouts might seem a bit strange but I have always run 14mm hubs front and back. 10mm axles don’t hold up for me and I hate breaking them. This has meant every frame that I have has needed its dropouts filed, and to be honest I was sick of it. The frame will come with 14mm to 10mm adapters as I understand not everyone runs 14mm. This should make the frame friendly to everyone.

I’ve been riding the mid version for about a week now, I find the front end really comfortable and stable on whiplash stuff…
That is exactly how I have found my frame. Whiplashes seem that bit more stable and I feel like I have room to move. Really happy with it in that area

What about the weight, I know the weight of bike helps your current non pumping style, the prototypes have come out lighter than you expected right?
The weight obsession in flat puzzles me a bit. Momentum is such a key factor in all flatland. For the last 6 months I have been trying to minimise pumping through using the weight during turbines and whips to generate momentum. You can only do this on a frame that has some weight behind it. The weight actually makes riding easier. I am currently riding the 4.58 frame and to be honest, I am thinking of taking the weight up a bit, maybe get it close to 5lbs. I really don’t think it will be detrimental, only beneficial. Also, weight distribution is key to this frame. We are testing three types of tubing to see which gives the most stable and steady responses. Extra weight through a whole frame doesn’t tend to make a bike feel that heavy. It tends to be heavy components, like a back wheel or cranks for example. 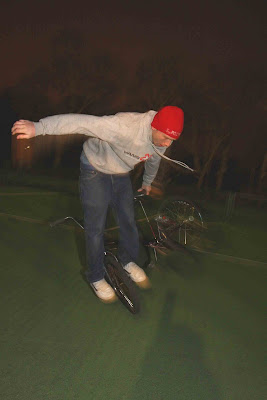 Did you find it strange people almost expected you to reinvent the wheel with your frame design? I guess that’s a compliment towards your riding being original.
I was a little surprised that people were critical of it being ‘un original’. We had to way up things. The double triangle frame is tried and tested and the force flow diagrams work. Crossed tubes and unique looking welds and gussets can have forces running into one another. Trying to come up with something completely unique broke away from one key function of the frame which is strength. The bent tubes are gentle and smooth and do differ from the frames it has been compared to. Aesthetically, I am super happy with the frame and also think it is unique – perhaps not revolutionary, but it does have it’s own characteristics.

Lets talk about the colours of the frame, very strong colours, why did you pick those colours?
Because they look amazing. The paint on these frames is a little more expensive than most standard frames. I wanted a dark colour – the dark blue, a medium colour – the dark red and a light colour – sparkling silver (star platinum haha). (editors note: Sam’s Cliffhanger stall is referred to as Star Platinum in Japan- a cartoon character who has the ability to stop time) The paint jobs are really deep and sparkle. Personally, it is something I always wanted.

Whys it called the Focus?
Well there are a few reasons. In Japan, people call me Sam Foak uss, even when I explain it is Foakes haha.
The other reason is the obvious reason that you need to focus to ride flat and my name is Foakes, so it seemed like a good idea.

You’ve mentioned a few times, about your plans for some online videos, you’ve never really had your own section to date? Must be a hard void to fill after such a successful year last year?
A lot of video footage of me has been from contests or from general riding sessions. I have never really taken the time to write down combos and work on a video part. There is quite a lot of stuff I have done that I haven’t yet filmed so I guess that will be my starting point. As far as it being a hard void to fill, I think it will be. Last year I could 5 in a row some really hard stuff so stepping it up for a video is going to be a real challenge, but it should be fun. I also think it would be nice to cover a lot of tricks whether new or old because I have never really had a chance to do that in a section. I would like to cover a few things. Backwheel, backwards, turbines, stalls and whiplashes. I’m also thinking about having numbers as a theme. Not exactly sure what I’ll do but it’ll be gradual. 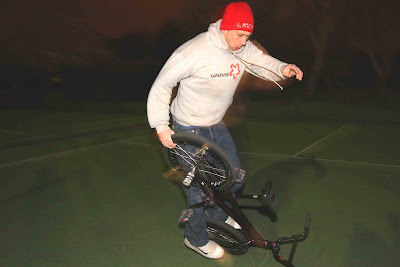 Your not competing this year, how do you intend to promote the frame?
My main focus at the moment is to develop my long term prospects in my career, so I think promoting the frame is going to be tricky to juggle. There is no way I can compete this year. I had to ride so hard last year to achieve what I did and I simply cannot maintain that at the moment. I have had a good break from flat since Japan last October and am slowly getting back into it on a recreational level. I am hoping to promote the frame by doing some web videos, hopefully a series. This way I can film when I can despite my progress slowing down a lot in last 6 months. I also hope people will like the product and want to buy it. I think when people see it, they will like it all the more .

Thanks for your time Jaffa, hope to see you busting out soon.