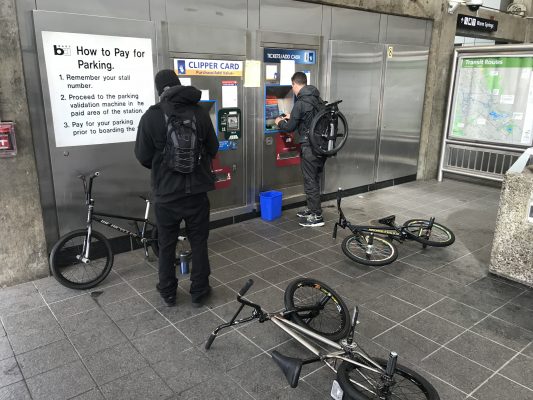 Yesterday was the first dry day of my trip to San Francisco. Dylan Worsley from We Bicycles arrived in the morning, and myself, Pete and Dylan headed from Fremont to San Fran by BART. 40 minutes later, we were at Embarcadero and the Clocktower is across the road. The ground was still really wet from and early morning shower, Pete has the Clocktower on lock down and has a let blower, squeechie, and to my suggestion added a towel to the fix to get the riding spot dry. 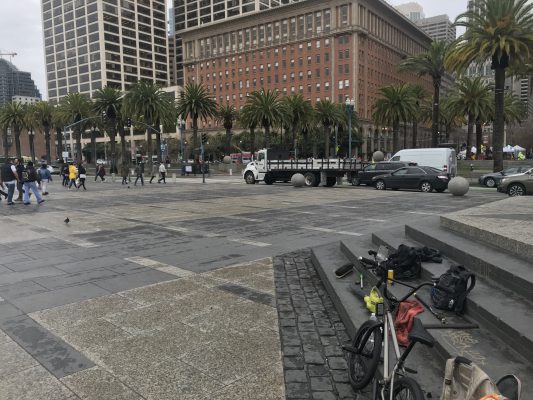 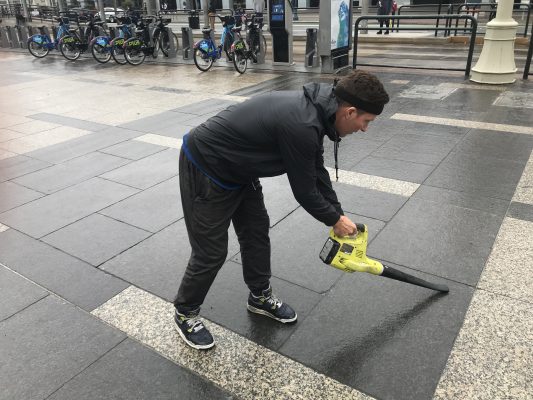 Around an hour later the spot was drying out, and James McGraw arrived after his flight was delayed by three hours and the session was on. The clocktower has a slant slant, and people walk by all day long, Pete runs the show down there and the majority stay out the way and also showed love, clapping, phones out filming etc. We had a busker playing bagpipes all day, it all adds to the scene in San Francisco. 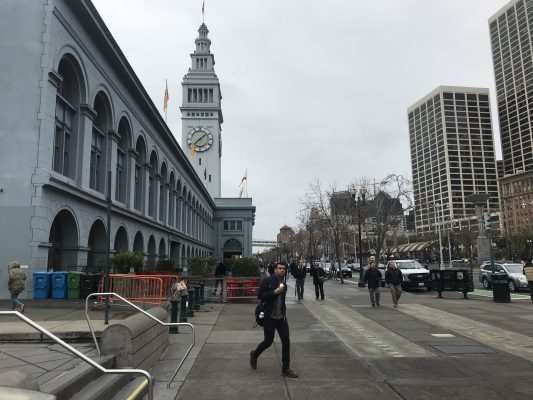 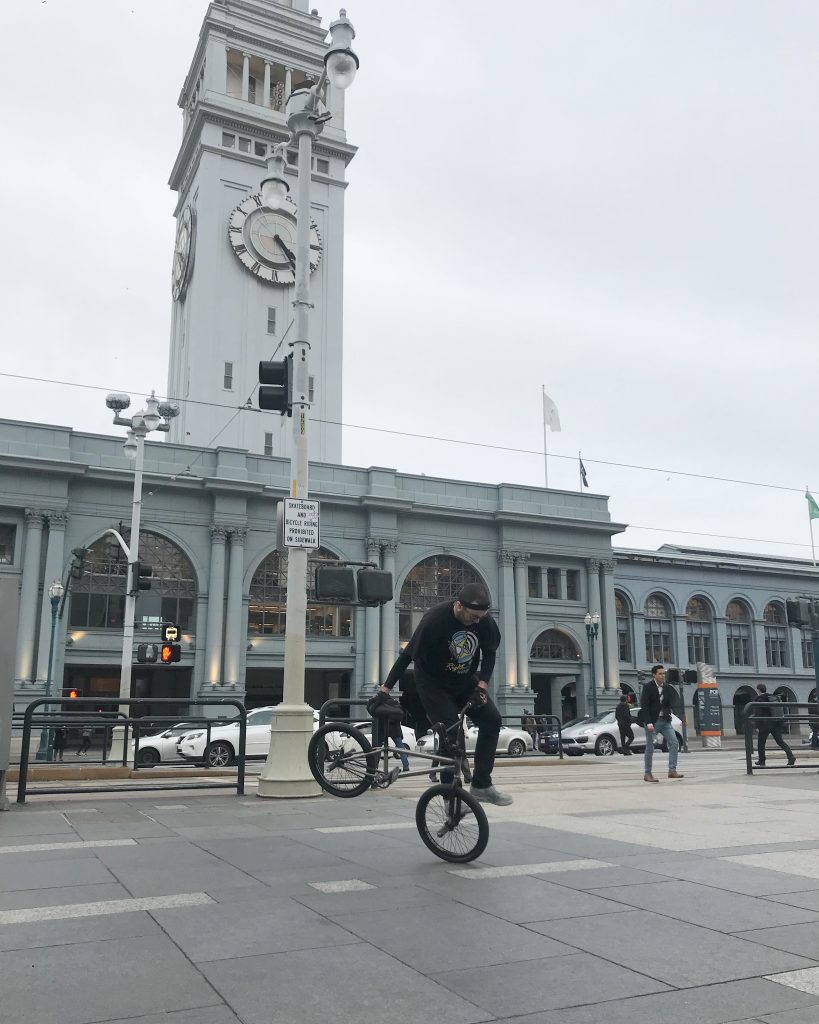 We rode all day at the spot, Pete and James were on fire, Dylan was off riding at the back of the spot which is more sloped. I was so stoked to land a downside hitch juggler to pressure flip for the first time in my first proper session since arriving. Pete was going off was you would expect on his home turf, it really is something you have to see, massive lines back to back, mad respect. James was working on one handed gliding junkyards on the pedal, and filming lines all day for all of us. We rode all day, and headed off to get dinner before making the long 6-7 hour drive down south to Robert Castillo’s house in Corona, California. 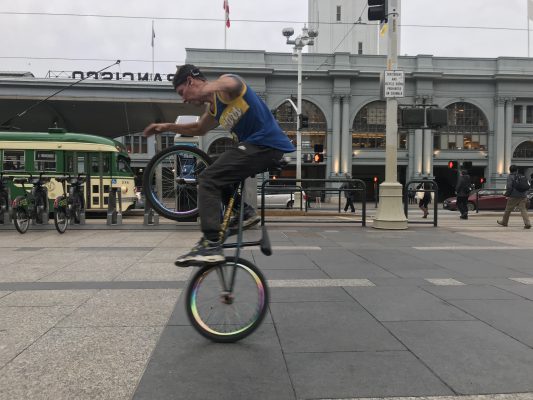 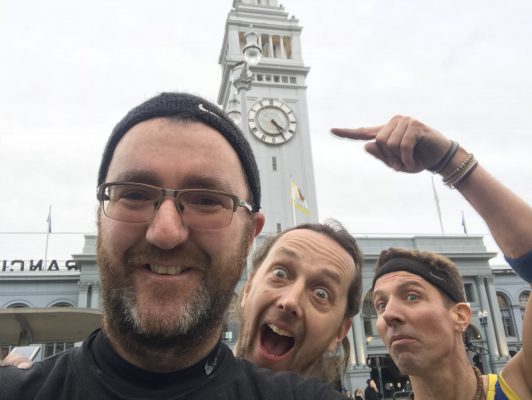 Today we are heading out to the One Love pre jam in Long beach, California which is about 40 minutes from Robert Castillo’s house if the traffic is kind to us. Stay tuned for more updates, such a good day yesterday. Buzzing! 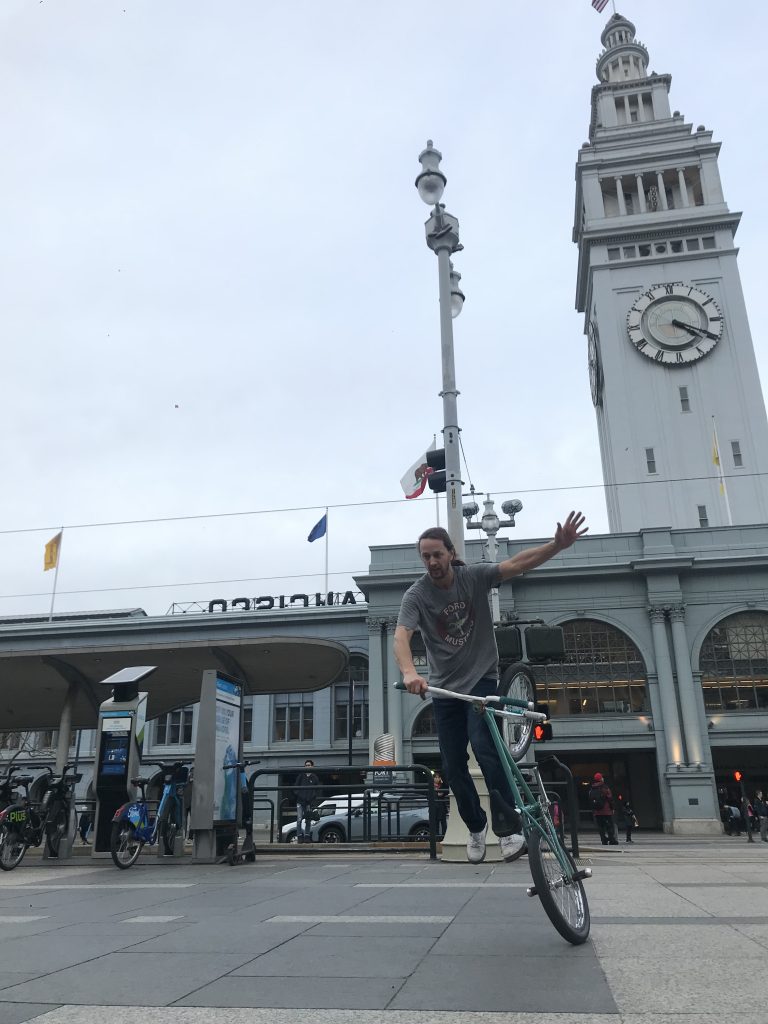