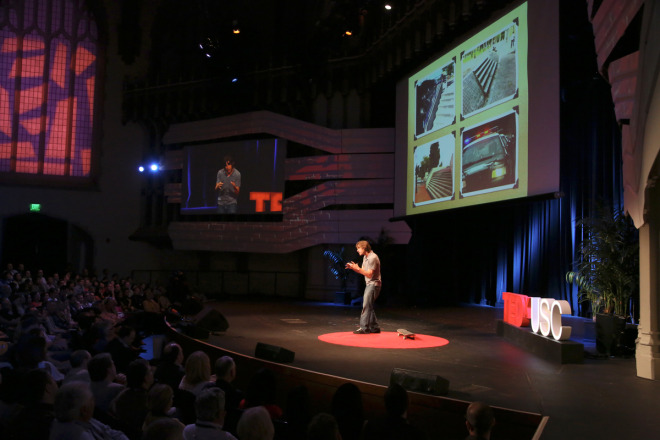 The skater-philosopher: Mullen takes the stage at TEDxUSC to expound on the connection between skating and hacking.

Every so often I come across an interesting Rodney Mullen article or video that has parallels with flatland riding and the process of riding flatland. Wired magazine recently published this article entitled “Silicon Valley Has Lost Its Way. Can Skateboarding Legend Rodney Mullen Help It?”.

This is a long article, this paragraph in particular stood out to me:

“Three days later, as we sipped green tea on the balcony of the Redondo Beach home he shares with his girlfriend, Mullen expanded on his distaste for how avarice has altered skating. “Don’t frickin’ skate in front of the camera, don’t practice in front of the camera, don’t friggin’ publish it on YouTube every time you get a new trick—it’s not about that,” he said as he gazed at the setting sun through wraparound shades. “If you do it for the sake of loving it, and you don’t care whether you’re seen or not, or paid or not, all that stuff will come. But enjoy the process! If you start doing things for the sake of selling up front, for rewards, then it’s going to catch up to you. The other guys not chasing money are going to outdo you in the end, because real innovation and grit come from loving the process.”

9 thoughts on “Silicon Valley Has Lost Its Way. Can Skateboarding Legend Rodney Mullen Help It?”