Stoked to listen to this Space Brothers Podcast with Hoffman Bikes shredder, and all round sound dude Art Thomason. 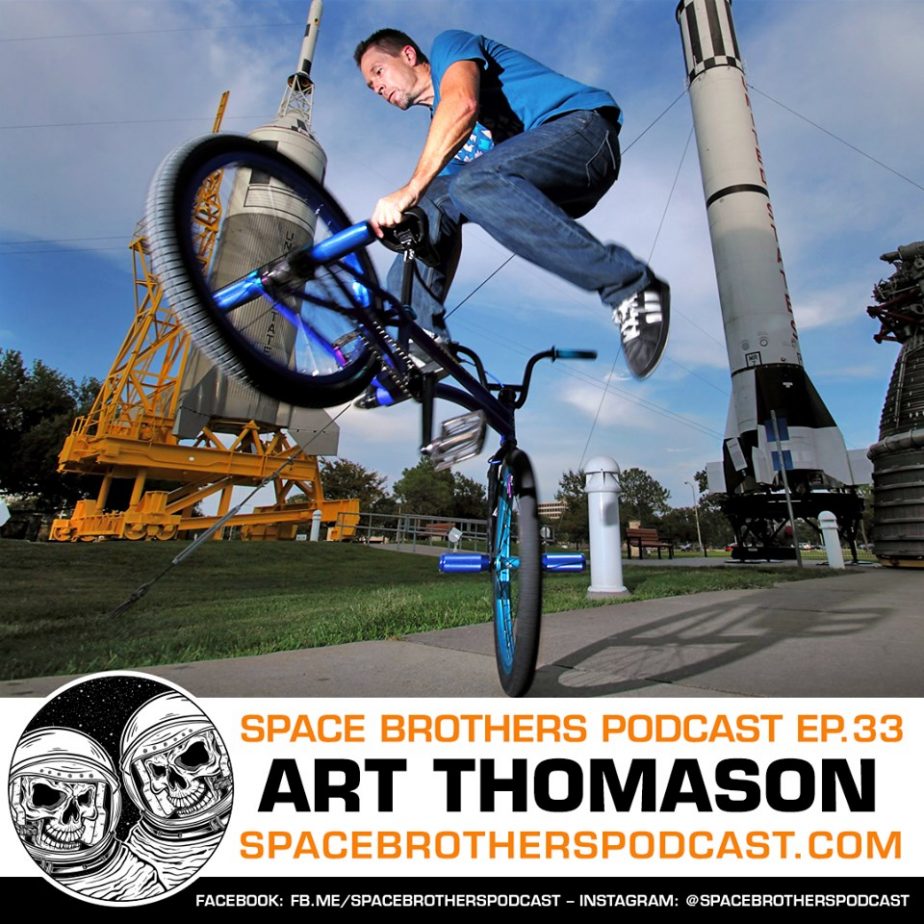 “We’ve had the chance to learn not only about some amazing riders over the past year and a half but amazing people as well. Beyond the realm of BMX, many of these riders have had interesting jobs or random hobbies that we’ve discovered during the interview process, but our next guest takes the cake in terms of an intriguing career.
Art Thomason is a 5 time X Games competitor in BMX flatland, sponsored by Hoffman Bikes, and currently works for the National Aeronautics and Space Administration, also known as NASA.
In fact Art lives in Houston TX where he’s worked for NASA for the past 15 years. He’s helped train over 50 astronauts for various missions performed at the International Space Station. At age 44 Art is still currently competing in a variety of BMX flatland contests, spending plenty of time pushing the boundaries of his own riding, while maintaining his career at Johnson Space Center, also known as Mission Control.
In our conversation with Art we got the lowdown on his favorite contest moment, riding for Hoffman Bikes for the past 17 years, the first time he met Mat Hoffman, how he applied to work at NASA, his official job title and what he does there, working at the Neutral Buoyancy Lab which is a massive swimming pool with a replica of the space station located inside it, what type of reactions he’s received from co workers that know he rides BMX, his connection to the International Space Station, his average day at work, his favorite NASA project he’s worked on, and what skills he’s learned on the job. So get comfortable, crank up your speakers, and get to know one of the most down to earth people with an out of this world job… Art Thomason.”