In this day an age it is really refreshing to be surprised with a brand new video with a heavy stack of riders to boot. This was the case when Steven Lapsley dropped the news “Forget What You heard” dropping tomorrow. Like whoa, where did that come from?? I wanted to catch up with Steven, who kindly sent me a pre release copy to talk about the project and get his thoughts on picking the riders, making the video, getting fresh Miura footage and much more. Without further a due, let’s get right into this! 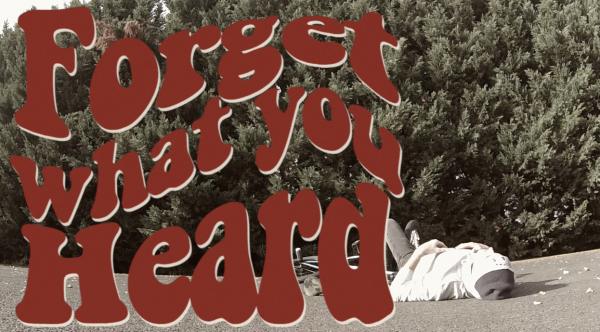 Hey Steve, hows it going? You hyped on the release of FWYH?
First off, thank you for putting the word out and helping promote this video. I’m really anxious for the release of Forget What You Heard. I’ve been working on it for a long time and the riders all put in tons of work. I’m stoked with how it turned out and hope others will be too. 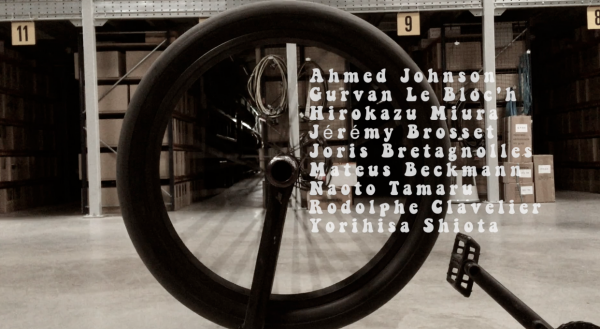 Tell me about the name?
“Forget What You Heard” is kind of a slang saying for “whatever you thought you knew about something is wrong”. I guess my thinking when initially planning out the video was that I wanted to do something a little different than what is the current norm for BMX videos in general. I think how we view BMX videos has changed a lot the last few years. Twitter, Instagram, Facebook, YouTube have all made it easy and accessible to get quick clips out to the public. Some of the authenticity and dedication gets washed out. I’m not saying that’s a bad thing necessarily, that’s just the direction things are going. DVDs or full videos just aren’t really done often anymore. I guess it’s like saying forget what you know about BMX videos. 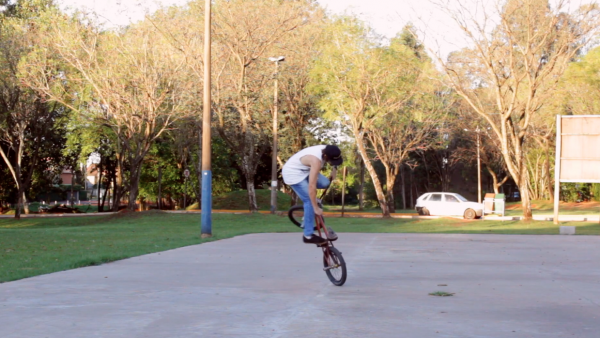 The video project surprised me, and that’s a good thing. Tell me about the idea for the project, how did you pick the riders?
Well, I wanted the video to surprise people. I asked the riders involved not to talk about it or share what they were working on. I wanted to work with the riders to make something that was memorable, something they would be proud to have their names attached to. I put a lot of stress on myself to try to do right by the riders. This video has been in the works for a little over a year. The riders have been working on their parts since June of 2017. A lot of the concepts and ideas I was working on for a few months before I asked the riders to be a part of this. As for the selection of riders… I wanted to feature some riders who don’t normally have full sections or post a bunch of stuff online that often. For some riders who do, I wanted to show something from them that people haven’t seen before. I told the riders ahead of time that I wanted them to work on new stuff that hasn’t been seen on social media before. I was hoping that they could show something fresh to the viewer. Part of my reasoning for doing this was you don’t really remember Instagram clips or quick YouTube videos that often. I mean some rider’s clips or videos stand out but all too often great riding gets lost in the vast world of social media. Personally I tend to remember sections from full videos. There is that repeatability factor. You turn on a video and get stuck watching a section over and over again. I guess I was kind of hoping to produce something like that. I hope parts of this video really stand out and make you watch it again. I really wanted to have a wide variety of styles and personalities showcased. 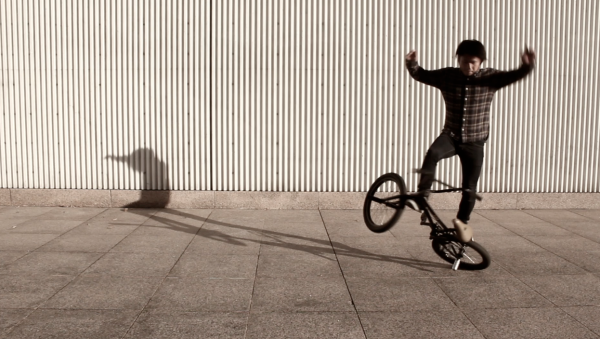 I’m intrigued how you hooked up with Miura? That’s an impressive coup.
A few things worked out to make that happen. When I was initially trying to organize a list of who I’d like to feature in the video I asked a few riders to participate and also asked them who they would love to see in a video like this. This time last year I hadn’t really seen anything from Miura. When I asked Joris to be involved he agreed and told me his riding was really influenced by Miura. He sent me a link to an older KOG run of his. I reached out and sent Miura a message. At the same time all this was taking place I asked Shiota to be involved. He was wondering if I asked any other Japanese riders. I told him who I asked. A few days later he told me he talked with Miura and that he was really interested in the project. I guess it was one of those “you don’t know unless you ask” type of things. 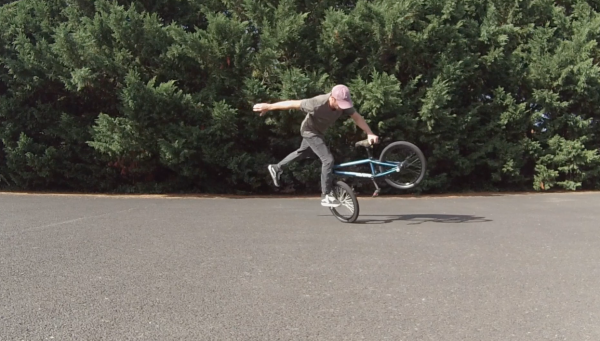 The video was a nice length, not too short not too long. Was that a conscious effort?
Yes and no. When I started out with the idea of a full length video I wasn’t really thinking of how long it would actually end up being. As the project progressed and I got deeper into production I tried to keep the mindset that I wanted the viewer to get lost in the video and at the end still want more. I didn’t really have a set length I was aiming for. As I got further along in editing it was definitely a conscious effort to create that feeling that you could keep watching.

Are you into DVD’s?
Totally! Like I was saying before, there is just something about a DVD or VHS. We can all name some of our favorite videos and our favorite parts from them. I think that in the era we live in those types of things just aren’t going to be an option. Everything is digital now. 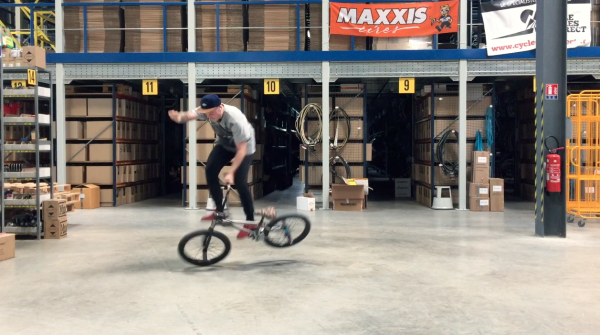 The video will be released on Vimeo? What’s your thinking there?
Well, I plan on releasing a downloadable version of the full video to everyone. I also want to have the option to stream it. I wanted to have it available for free to anyone who wants it. YouTube is really strict with their copyright laws. I knew if I released it on YouTube it would be blocked quickly. Also YouTube isn’t available in some countries. Vimeo offers more flexibility with the soundtrack. So when it came to a streaming option I leaned towards Vimeo. Vimeo is blocked in some countries also though so that is why I will have a download link for the video file so anyone can download it and watch.

Now you’ve made this video, are there any plans for another, or is it too soon to say?
I definitely have plans for another one. It’s also too early to say when or if something happens from those plans. I guess it kind of depends on if people like this or not. 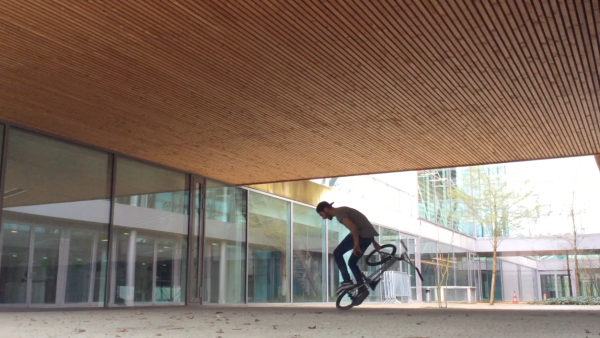 If you had to pick a favourite section, what would it be?
Aw man I can’t have a favorite. Hahaha. I like them all. I really wanted to create an overall vibe for the video. I wanted it to all flow together from start to finish. At the same time I want each section to be able to stand on its own. I tried to give each section its own little vibe or feeling while still being part of this bigger puzzle.

What software did you use for editing?
I used Final Cut Pro X on a 2017 MacBook Pro. This is my first time making a video with this software. I knew it was what I was going to use before I started the project though. Before I even invited any riders to take place I began studying FCPX and getting as familiar as I could with it. I really enjoyed using this software but there is so much more I need/want to learn to do.

You teamed up with Bobby Carter over at Diversion HQ. What has Bobby helped you out with?
Bobby was a big help for me mostly with post production tips. I was trying to figure out how I was going to be able to release this full video to everyone and not have it blocked or muted or anything. As I was deciding how I could share the actual video file for people to download Bobby recommended Vimeo. The file was too big for me to upload on my account so we decided to team up and to host the video on Diversion’s Vimeo. 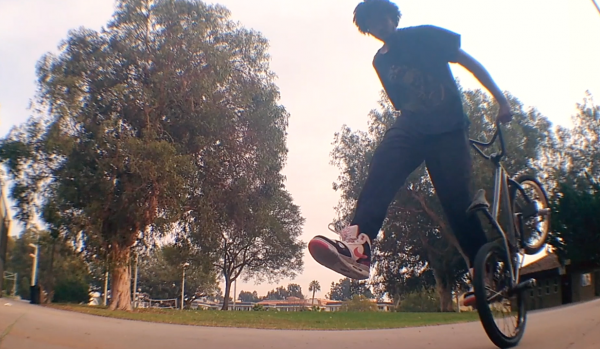 How did you decide on music?
This was huge for me. A soundtrack can make or break a video or video part in my opinion. I wanted the video as a whole to have a certain feel to it throughout. I was really influenced by 70s surf films. Mainly Hal Jepsen who was a legendary surf and skate film producer. He’s credited as the first surf filmmaker to really integrate and edit contemporary music to footage. If it was on his playlist he’d put it in his films. After watching and studying his stuff I wanted to create a 70s surf/rock vibe into the video. The music is a lot of stuff that I have been listening to the last year. Some classic and some new stuff. I set the soundtrack before I even had riders involved. The soundtrack kind of tells its own story, at least that’s what I was going for. 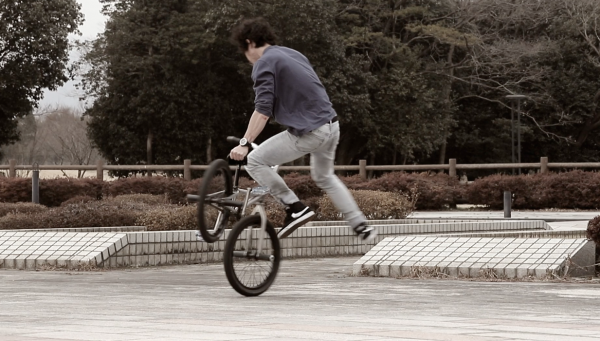 Any final words, thank you’s?
I am extremely humbled and honored to work on this project with all of these nine riders. There were a few other riders involved early on who either got injured or didn’t have time to really put forth the effort they wanted for this video. They know who they are and hopefully will be a part of the next one. One of them was Percy Marshall. Percy is an awesome dude and I know if not for his injury he would have had a killer part in this video. I want to thank him and pray for his recovery. Also thanks to the people who helped me with ideas and feed back making this. My wife Christina, my brother Shaun, Danny Sirkin, Jérémy Brosset, Dub, and Bobby Carter. Thanks to everyone who cares enough to watches this video. Shout out to anyone pushing and progressing BMX.

Great project Steven. Thanks for taking the time to make this video. Hold tight everyone, video is released tomorrow!

12 thoughts on “Steven Lapsley “Forget What You Heard” Interview”