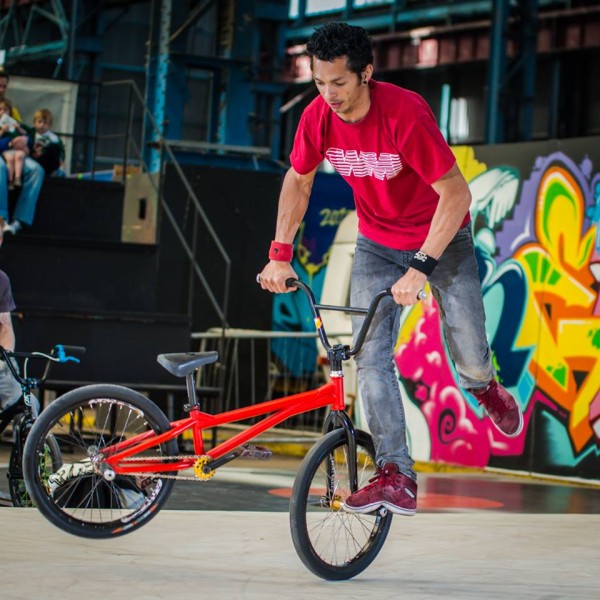 It had been almost ten years since the last official gathering of Ireland ‘s flatlanders, so to say the jam at T13 last weekend was long overdue would be an understatement.
I arrived at T13 skatepark early with my good friend Johnny Gordon (who some might remember won c-group at Level Vibes back in 2002) and was surprised to find a freshly built flatland platfom especially for the jam.
Not long after, local rider Aran Gillan arrived, chauffeured to the event by Northern Ireland flatland legend Dino Jeffers. 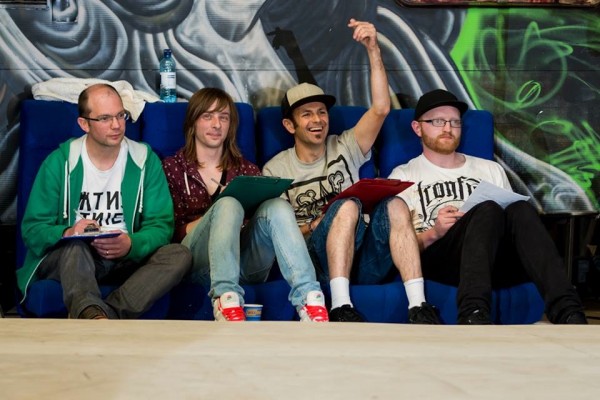 The judges putting in work. 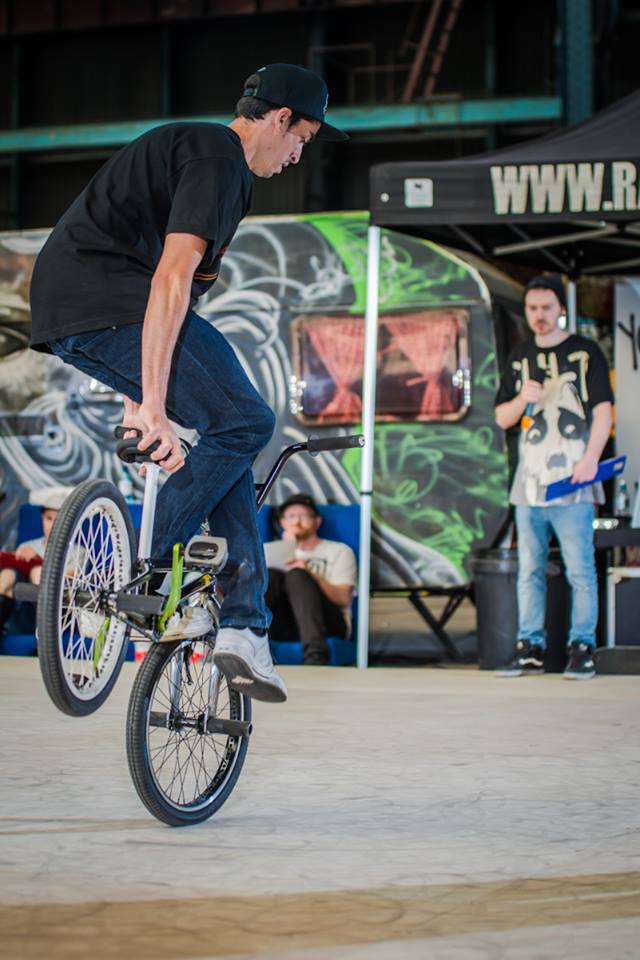 So practise got underway with Aran, Dino and Johnny defacing the new wooden surface with figure-eight tyre marks.
However about ten minutes into the session, disaster struck when Mr.Gordon tore the crotch well and truly out of his trousers. While he probably could have continued to ride we all decided that there were too many children around and it would be best if he took his seat on the judging panel a couple of hours early.
Arans younger brother Daniel was next to arrive straight from physio and immediately ignored the flatland platform, rolling hitchhiker combos the entire length of the skatepark. 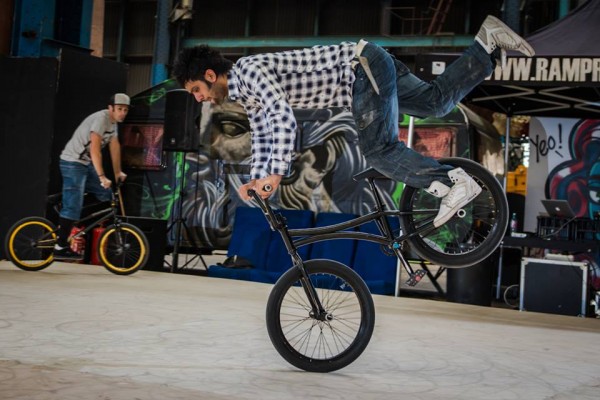 By three o’clock when the jam was officially due to start, there were a total of four riders in attendance and with two of those supposed to be judging it looked like the final battle would be decided very easily…. Gillan vs Gillan.
Then at the last minute, Mizo, like a knight in shining armour came through the door with 5 other riders in tow.
That meant a total of eight riders would battle it out for an all expenses paid trip to the Worlds in July. Unbelievable. I hadn’t witnessed eight flatlanders together in Northern Ireland for at least ten years, it’s truly was a rare sight.
With everyone registered, the battles were drawn and the jam kicked off.

The youngest rider of the day, Mikolaj Penar, was up first and busted some old school moves much to Dino’s delight.

Gauthier Saint was looking good in practice trying some of the hardest switches of the day but unfortunately couldn’t nail them during his runs.

Alex Neuma Encinas Garcon all the way from Spain came out all guns blazing right from the off, no holds barred. Long technical switch-foot steam combos mixed up with some fast fire hydrant whips for good measure. Definitely one of the most consistent riders of the day.

Mizo cranked up the difficultly with smooth whiplash combos and his signature crackpacker jump to backyard.

Aran Gillan kept his links short and sweet with all sorts of nose manual and time machine variations.

Local rider and Aran’s brother, Daniel Gillan coped well considering he isn’t used to riding in such a small are, landing a few nice hitchhiker to backwards hitchhiker juggler combos.

Lucas Santos was busting out some smooth brakeless links including a nice turbine hang5 to hang nothing.

In the end though it was Alex and Aran who battled it out for first place. Alex continuing his long switch foot combos while Aran muscled his bike into long nose manuals, pedal hand-5’s and even a hang-5 standing on the back peg.
The two styles were so different it was extremely difficult to judge. 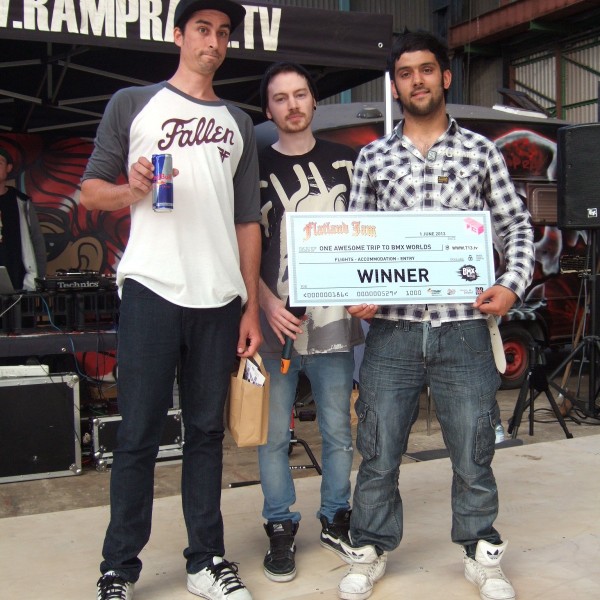 Your top two, Alex (left) and Aran getting the winners shot with Pete Hollinger.

Only separated by a handful of points, it could have went either way but the judges decided Aran had done enough to take the win so look out for him at the Worlds this year in Cologne.

I had a fantastic time, great riding, old friends, new faces and plenty of banter – at the end of the day that’s what it’s all about.

Special thanks go out to Matt Gillespie, Dino Jeffers, everyone at T13, Belfast BMX, DJ Koncept and 2nd Shooter Photography.