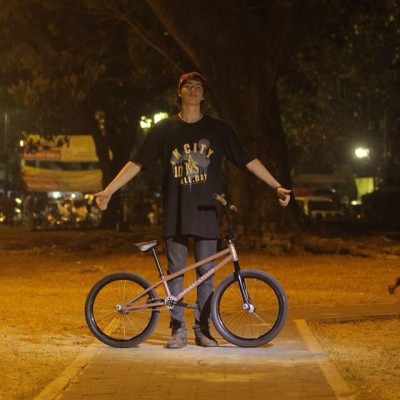 Let’s kick this off! The first category for the 2014 Flatmatters Online Year End Awards is Readers Choice for Breakthrough Rider of the Year. This award is about recognising that rider that broke through to the elite of our sport, pushing himself and rising up to the cream of crop, and arriving on the big stage.

The 2014 Breakthrough Rider of the Year by a landslide vote goes to Far East / igi rider Benjamin Hudson from Santiego, Chile! The 18 year old prodigy literally won this award by a landslide of votes!!!

Dub gave us all a small taste of Benjamin’s talent on the “Against the Current” edit back in May, but really shot to fame in his Welcome to Far East Cycles that dropped on the 5th of September.

Dub really took Benjamin under his wing during the last year or so and showed him the way. Aside from those two amazing edits, Benjamin made his way onto the international contest scene taking second place at the IOXC Contest in Semarang with his mentor taking the win, and for many of us confirming he is the real deal with a strong 4th place finish at the Battle in the Rockies contest!
The future is bright, and we all cannot wait to see what this phonemeonal talent has in store for us all!

Congratulations Benjamin Hudson, you are the 2014 Flatmatters Readers Choice for Breakthrough Rider of the Year!