If you are scrolling through the site today and thinking what shall I watch? This is the edit I would recommend. Sit down, grab a cuppa and enjoy this amazing KTGM Jam edit from last year’s jam featuring Fülöp Vidákovich, Márton Szilágyi, Dénes Katona, Mihály Hajnács, András Domány, Péter Miklósi, István Túri, Tamás Varga, Balázs Kollár, Olivér Kállai, Balázs Császár, Ákos Bordás, Ronald ‘Rony’ Chudasama, Mónika Hinz, Szabolcs Markóth, Gábor Szmetankó and many more. Hungary has always had one of the best flat scenes in the world, don’t miss this one! 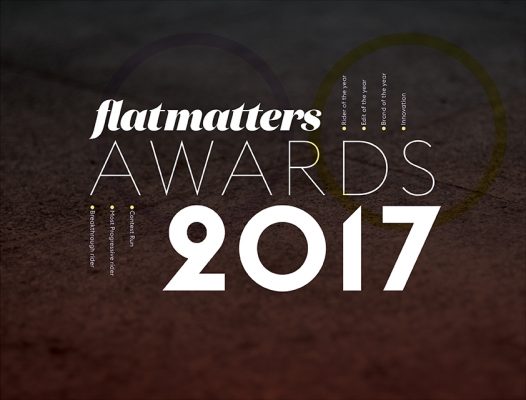 Happy New Year everyone! It’s time to announce the nominees for the editorial and reader choice 2017 Flatmattersonline Year end awards, thank you to everyone who took the time to vote. As always it is interesting to see what you the reader of Flatmattersonline thinks compared to my editorial votes. And last not certainly not least congratulations to all the nominees.

END_OF_DOCUMENT_TOKEN_TO_BE_REPLACED

Rob had this to say: “Sport Zone Veresegyhaz is a new project for me and my wife. It’s a multipurpose sport room where we will have BMX Flatland club/workshops, circus arts, gymnastics and all kinds of workshops. I would like to let the European Flatland Community know that I would happy to hold any International contests or Jams here. As I said we were 17 people and it was fine in Jam format. The space about 120m2 with OSB floor. So if anyone is interested let me know (via FB)!” 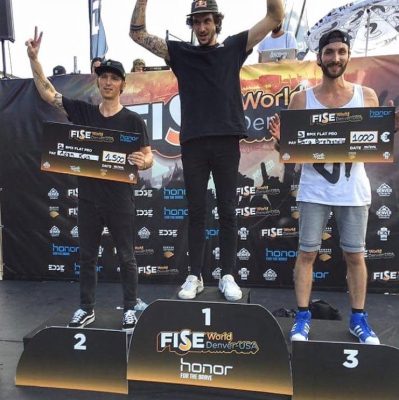 END_OF_DOCUMENT_TOKEN_TO_BE_REPLACED

We started the last month of the year with this sick xft pedal turbine mega spin opposite foot decade clip out of Jason Plourde.

Joel Schallhorn has been progressing a ton since his return from China back to his home in Denver, Colorado. Joel definitely stands out to me as he rides so differently than almost anyone I can think of, in this edit you will see lots of new opposite bar flips, gadget whips variations, and a fun new no footed steam holding the stem (3:57 + backwards variation) that was inspired by Martti Kuoppa at a Tintadome session at BITR last month. Really enjoyed this edit, keep on shredding Joel!

END_OF_DOCUMENT_TOKEN_TO_BE_REPLACED

Don’t sleep on this amazing edit by Olivér Kállai from this years KTGM Flatland jam that took place in Budapest, Hungary on September 12-13th. Great mix of riding styles featuring Tamas Varga, David Szabo, Pal Gyenes, Gabor Nagy (check the control on the multiple whiplashes at 2:52), Gabor Pasztor, Akos Bordas, Denes Katona (section from 4:00, look out for ET forward pedal truck around the 4:29 mark!), Jan Schmidt, Andras Domany (section from 7:00), Marton Szilaygi drops a couple of lines from the 9:34 mark, David Mezei, Rob Alton, Istvan Dibusz, Norbert Schmelhaus, Balazs Csaszar, and Mihaly Hajnacs. Hungary has for as long as I can remember had one of the best riding scenes in the world, and doesn’t disappoint here!