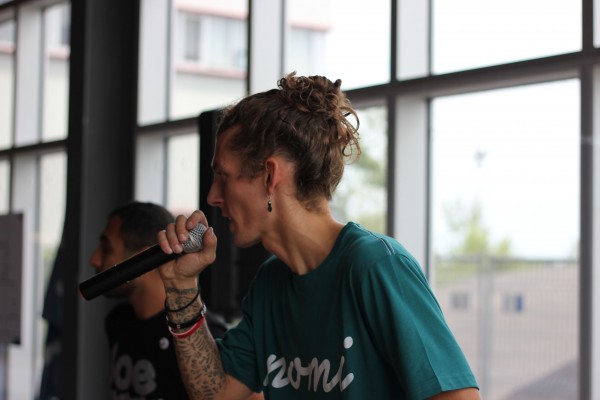 This year I saw Jean William Prevost take flatland to new heights, using his experiences on his bike to help elevate flatland! Stepping up this year to organise one of the best contests of the year, the Real City Spin in Montreal Canada. When Dub announced he was organising Real City Spin and not entering, he made a huge statement, Dub became an ambassador for our sport overnight. I feel like he set a huge benchmark in 2014 that goes way beyond riding, but the responsibility you have as a pro rider.

Of course aside from that Contest organisation, Dub is always there and around the podium, taking big wins in Toronto and the Battle in the Rockies winning both the online contest and the event itself in Colorado Springs, 3rd at Voodoo Jam and Flatark, and who can forget that battle with Ucchie?!

Edits? Dub we all know produces high quality documentation of his riding, but on top of that he produces contest edits giving a lot back to the culture.

Dub also helped introduce Breakthrough Rider of the Year, Benjamin Hudson to the flatland world, and stepped up his company igiBMX, who also just took the award for Innovation of the Year for his peg design!

2014 was an amazing year for Dub, and I really feel deserves our respect for what he has done for flatland this year, on his bike and off it!

Thank you for standing up in 2014 Dub, flatland as a sport needs more people like you! Congratulations to Dub taking the Editorial and Reader Choice for Rider of the Year, Innovation of the Year, and runner up Contest run of the Year!

We are all excited to see what Dub has in store for us all, both on and off his bike this year!