Welcome back, Part 2 of the BITR Interview series with the winner of the video contest! Jean William Prevost, the man we all refer to as Dub! Man of the moment, organised the successful Real City Spin contest, just dropped the igi peg, and of course is at the top of the sport competing world wide. Without further a due here is the Dub BITR Interview! 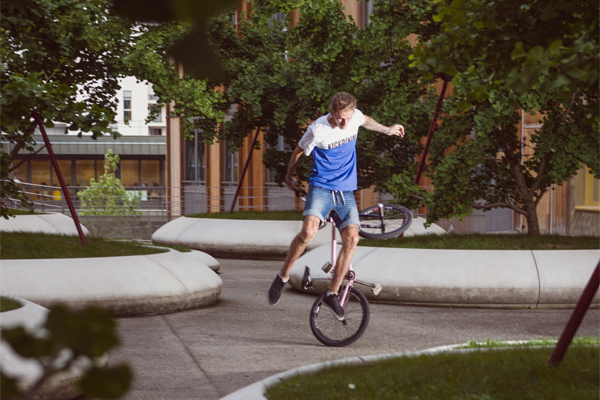 Firstly, congratulations on winning one of the flights to Colorado for the
Battle in the Rockies contest.
Thanks, Big UP!!!

What was your initial reaction to the news?I sent a voice message to James McGraw right away screaming a whole bunch of happy noises hahaha. It meant alot to me, so many great riders took part in it, it’s definitely a blessing to keep pushing forwards.

How much work went into your entry?
I had a friend over from Australia for Real City Spin and he helped out a lot. We went filming three days in a row, I filmed 5 different runs for the contest (including full one minute runs), and when we only had 15 minutes of battery left I decided to try this new run I had never done before with almost all original tricks, that one was my entry.
I’ve been thriving to put out a completely original run one day. It’s alot of work because you must look at the basis of trick and move away from them by skipping steps and shortening the in betweens and filler tricks. With Jay we have been talking about this for a while now, NO FILLERS!!! Like extensive pumping or scuffing no more, trick to trick as much as possible.

If you had to pick one other entry besides yours, who would you have picked and why?
WOW, you’re putting me on the spot here! I would have drawn Dez, Moto and Thomas, they were the best entries to me. So many tricks jammed into one minute for the three of them, all so good. You can tell they took it seriously and worked a lot on their runs.

The video contest seems the most cost effective way to involve riders across the globe in a contest, do you see this type of event growing in flatland?I
I thought this was very stimulating for Flatland, I am sure this kind of event will be growing with how technology is permeating reality nowadays, it’s like there is no getting away from the virtual world anymore, Skynet is up the corner, Big Brother is watching and the NSA is listening!!! They should make one step of the World Circuit a video contest, imagine! Now that would make things accessible and interesting wouldn’t it!! Also, organize or ride, not both!!! (That’s another topic in itself.) 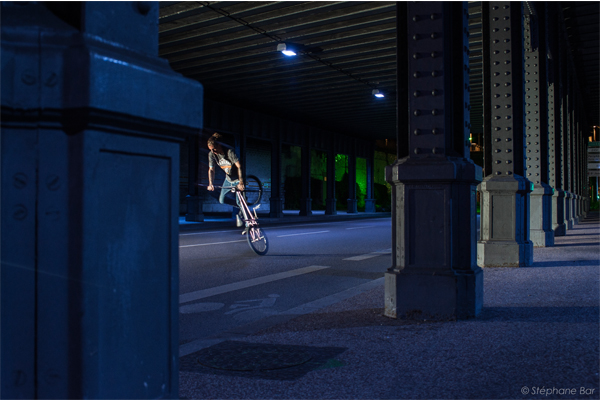 Were you harder on yourself composing a video combo entry than you might be for a livecontest entry?
Live contest and video contest are totally different. Stress levels are different, you have time to compose what you think is the best of your riding at the moment. You don’t have to tone down or add any fillers to your riding to catch your breath because you have another 2 minutes to ride.
I wanted to showcase my tricks as ART more than as Olympian riding, I didn’t fill the minute completely as I had no RAM memory left after those tricks. I wanted to brush away all the extras and give you the core of what I thought represented me as a rider right now. Especially that first trick in the combo which lasts about twenty seconds, I have been working on that link for years, it is now resembling what I had first pictured in my mind back then.

What can we expect from you in Colorado?
Smiles and Good Times! As I don’t get flight tickets paid very often I will enjoy this and not stress as much about having to pay my flight ticket back by winning. I think that the less stress the better the riding! So expect a happy DUB :)))

Any final shootouts?
Big Shout out to Amnesia Shops, it is my new sponsor and the Welcome Edit should be out soon. Konkrete Shoes, 514 BMX, Far East cycles, IGI BMX and NOMI !!!! . Also my mom for the gift of life! Love you MOM!!! :)))