All so often we only see the polished finished article, we turn up as riders at a contest and amazing riding, and flawless runs, or we see a “Must Watch” edit here on Flatmattersonline. What we don’t see is the blood, sweat, tears and psychological games that riders struggle with behind the scenes. I have faced this quite often over my riding career, and when it comes, it tells me “it’s time to switch things up”.
Every rider is different and that is one of multitude of things that we all love about flatland. I found something as simple in concept as learning something with bars forwards or backwards, learn something opposite or sometimes ride a different spot than I normally would. I have this saying in flatland, “learn everything you can, there are no bad tricks to learn, as flatland will catch up and bite you on the ass when you need that trick the most. I wondered about what other riders do to overcome this natural process of riding flatland over the years. ” 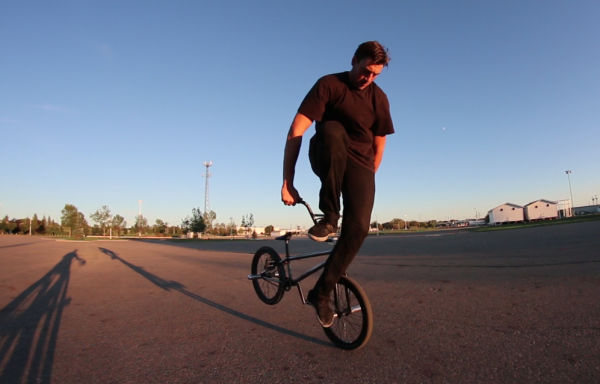 END_OF_DOCUMENT_TOKEN_TO_BE_REPLACED

Matthias Dandois took the top spot yesterday at Fise Edmonton, followed by Jean William Prevost and Alex Jumelin. You can watch Matthias Dandois qualifying run with some nice commentary from Darryl Nau and Lionel Cardoso and below we have the full semi final runs for you to watch.

Finals are going down tonight at 9pm Uk time, watch it live on: http://www.fise.tv

As you may or not have noticed I have been stepping up the amount of exclusive content on Flatmatters over the winter months, particularly the interviews which I think have been quite in-depth. On the flip side of that, sometimes I am aware they can be heavy reading and thats not everyones cuppa tea so to speak. So with that train of thought, I was thinking let’s bring back the top 5’s feature, and who better to kick this off with than S&M’s Peter Olsen. Let me know what you think in the comments. Thanks! 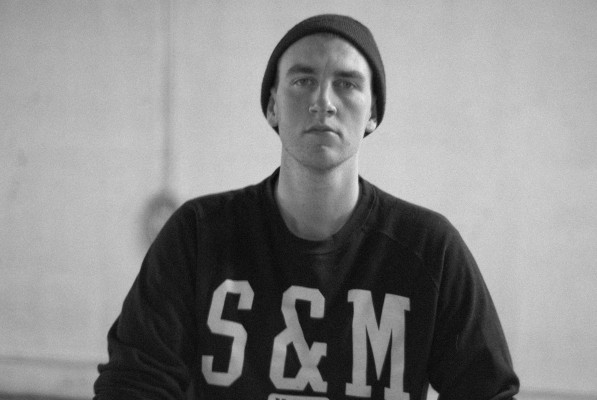 Riders of all time:

Riders to ride with:

Reasons to leave your town/city:

3-I need a change of scenery

4-There is a world beyond this city

3-Flying Lotus – Until the Quiet Comes

5-King Tubby – Dub From the Roots

Tricks to do daily:

Tricks you can’t do, but wish you could (ideal wishlist):

1-Cross footed whiplashes in front of the bars

3-F-truck around the worlds 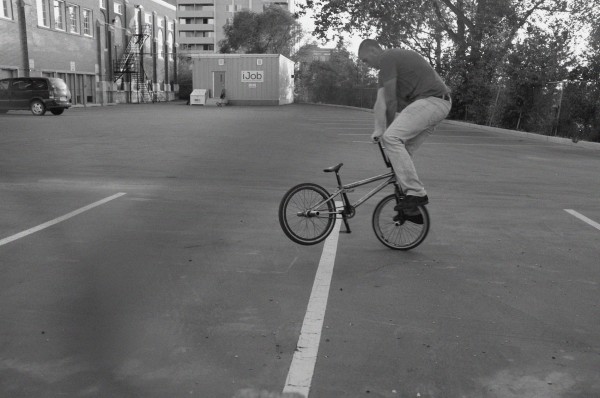 Things that piss you off:

3-Eternal Sunshine of the Spotless Mind 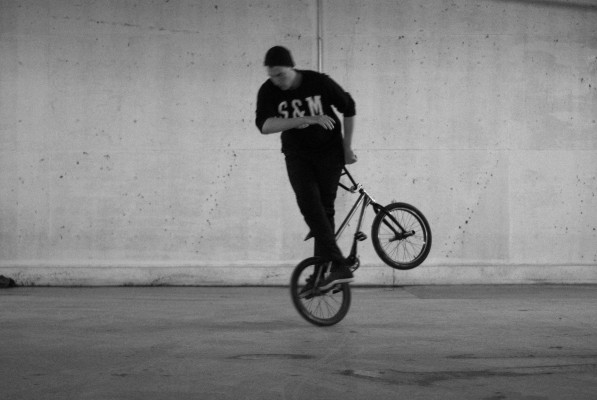 5-Changing carve directions in a combo (ie. going clockwise then switching it up and going counter wise in the same link)

*#4 & #5 are generally speaking, but there are exceptions as some dudes that can make both of those look sick

5-Finding out something is possible

As I began reviewing the year, and realising just how many good videos/contests/interviews/scene edits there have been. It hit me that in addition to my review it would be cool to get the opinions of some of the riders/and industry heads that have made these highlights happen. Theres a real sense of things are on the up this year, read on to the first part of this 2012 Highlights article.

“2012 has been a great year for flatland. What has been the highlight of the year personally riding wise for you?” 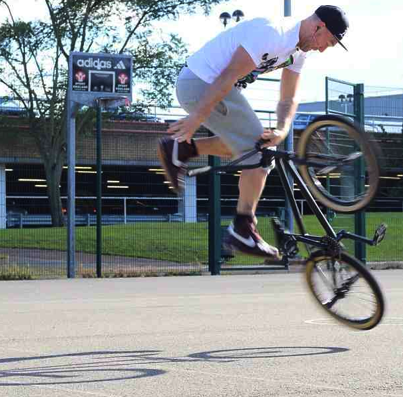 Photo credit: James White.
When James White dropped this incredible bikeflip on “Whitelines” the whole flatland world took notice. As I look back on the year, this is without a doubt one of the standout moves of the year! Find out what his highlights were right below.

James White: Haven’t really travelled this year so my highlight is pretty restricted but it’s also a very easy one, The return of the Jaffa! Let me take you back to the close of 2011. It’s dark,cold, miserable weather and I’m pretty down. I get a call from Sam, when ever we get to catch up it’s so much fun putting everything to rights. So great I think this will cheer me up, but this call was different. Sam wasn’t riding said he wasn’t into it anymore, my heart dropped nooo can this year get any worse I was thinking. But I didn’t let on to him just telling things like, ‘well if you ain’t feeling it then that’s cool. don’t worry about it just concentrate on enjoying life and see if the motivation comes back, just take it slow with no pressure’. It was a hard phone call. It was like losing a family pet! (Sorry Sam, best I could come with on the fly)…
Anyway fast forward a few months and there’s rumblings of Sam riding, out the blue he goes to that redbull comp and with little practice smashes it. I speak to Sam shortly after this and asked what happened with the not riding? He replies ‘oh, well after our phone call I went out the next and the next day messing about and really enjoyed it, went out the the next and the next and been pretty regular since’……..Bastard!!! There’s me at home worrying about my boy giving up and all the time his out behind my back riding!
Anyway then comes the banging edit by Chris Massey at the Manchester jam. And my year is made!
2013 will have to have Sam’s return the contest scene to beat this year!!!

Sam Foakes: Highlight of the year for me was watching Hiro vs Ucchie on the COB livestream and seeing Hiro go off! COB was the event of the year. Don’t forget to invite me next time Red Bull 🙂 Personal riding highlight would be the Manchester jam. Nice weather and great atmosphere.

Alex Jumelin: Yes it has been a really coooool year for flatland and worldwide I can say that flatland as never been so big. In the number of contest and riders, I just hope that now big sponsor will follow ??????
My highlight of the year was of course to win the FISE.

Bart de Jong: The riding at the Red Bull COB was off the hook! 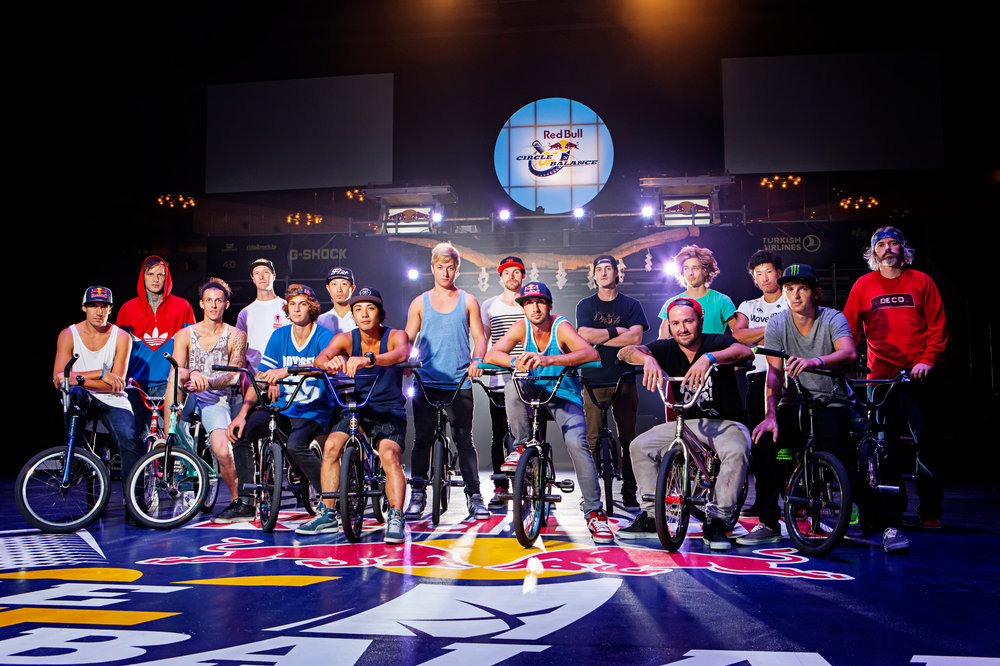 Without a doubt the most popular choice for highlight of the year. And who would argue really? The Red Bull COB went off! It was a huge honour for me to host the livefeed show!
Photo credit: Naoyuki Shibata/Red Bull Content Pool

Martti Kuoppa: Seeing / Feeling Viki being one with his bike at the COB.
Seeing DUB busting out at the COB.
Hearing Chase Gouin getting rid of illness and getting back on his bike.
Learning to ride flatland just sometimes and be happy about it.

Simon O’Brien: I would have to say for me the highlight was ‘Circle of Balance’. Not only was it an amazing event, but after being away from the scene for a while, it was great to get amongst it and be around so many riding friends again. I didnt realise how much ive missed it! And the event was in Japan….so just an amazing time!

Jean William Prevost: COB for sure!

Tom @ Sevisual: I couldn’t pick a specific highlight, but there were some great moments in the 2012 season for sure! I was able to travel a lot with Adam; we hit lots of contests this year and had so much fun. Hanging out and filming with Viki and the Madrid crew…JFB was a guest of mine for several weeks…Vienna with my friends Michael and Sebastian was priceless with great memories!  Flatland wise the best was the high number of Hungarian flat contests this year. Keep organizing guys!

Matthias Dandois: Riding wise, 2012 has been such a turning point in my career, My point of view on riding has changed a lot the past year. I started not give a shit about contest, actually stopped practicing for contest, started riding everything (street, flat, park, dirt, whatever) and I’m more happy in my life than ever before. The highlight of the year are all the tours/trip I did with some of the coolest people: Odyssey trip in the Californian desert, The Frenchys distribution trip around Lyon, The dawn tour all around France, visiting the Jumelin’s family in New Orleans… Theses trips are more fun than anything else, you just have to wake up, go ride, film a couple clips and have the time of your life. BMX is, before everything: FUN, let’s just not forget about it! 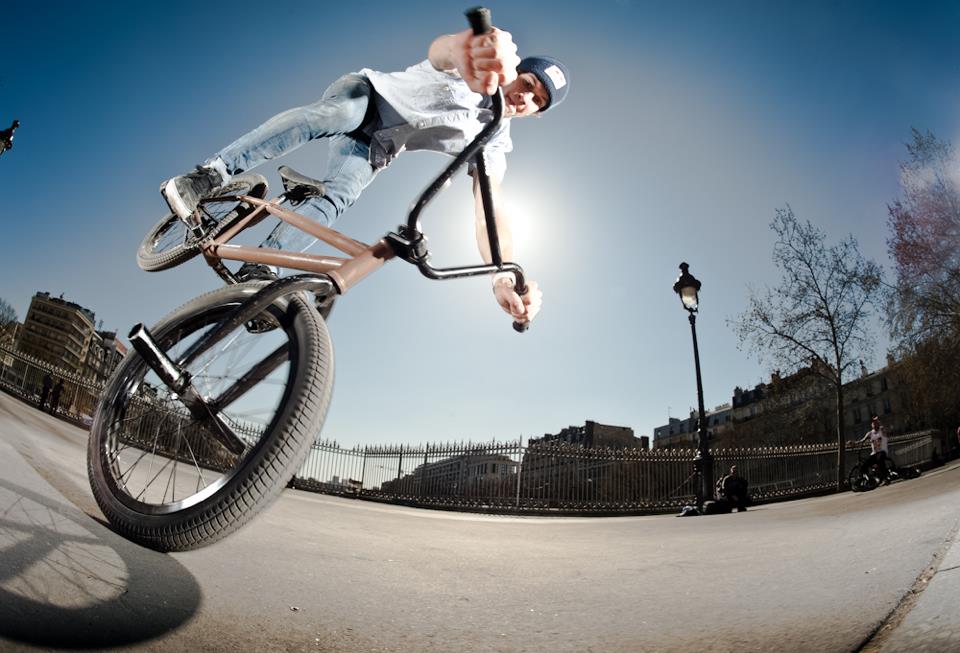 Peter Olsen: I’d say just feeling really comfortable on my bike and not feeling entirely stagnant was a main highlight of the year for me . I can’t really think of any particular tricks or days or anything that stand out, but just the overall feeling that you can go out and learn what’s on your mind has always been one of favourite things about riding.

Scott O’Brien: Emcee Voodoo, Dew Tour and COB in Japan. But nothing will beat a session with my homies in New Orleans. I had a lot of progression this spring and it was a lot of fun. Lets see what the winter will bring?!

This is the edit many of you have been waiting for and it really doesn’t disappoint! Pete’s skills are on another level. Congrats on the S&M hook up, well deserved! Go watch this already! Stickied!