Dope edit of some French riders that competed in the Rebel jam last weekend, of flatland interest, Matthias Dandois has some nice flat clips in this one. Check it, dope edit! 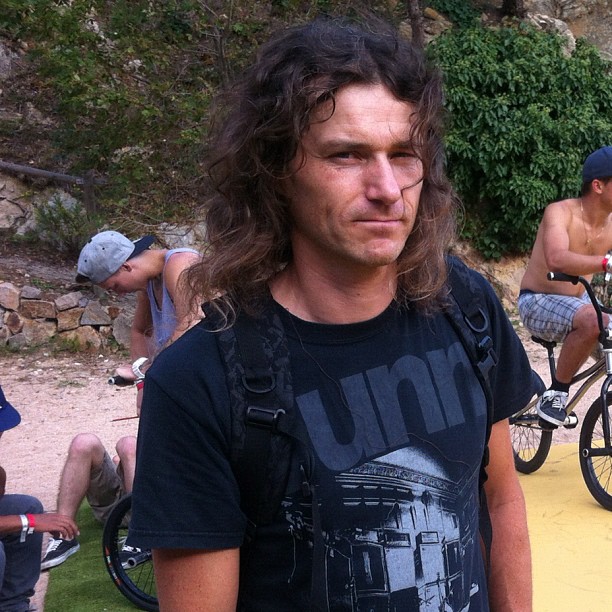 Dope edit from the Freedom BMX crew, flatland clips from 2:18 to 3:20. Enjoy the BMX Fiesta atmosphere! 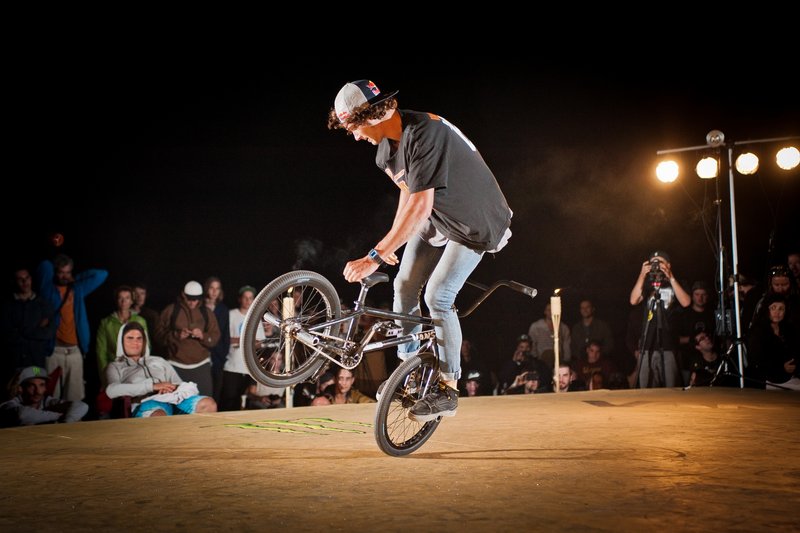 Red Bull caught up with Style award winner Matthias Dandois to get his thoughts on this years Rebel jam, hit the link to see what he has to say…

Peep all the highlights from the Vans riders at the Rebel jam 2012. Some crazy action went down, don’t miss this one!

Martin at Global flat recorded the livestream for all of you that missed it, or maybe wanted to go back and watch it. The contest startts around 20 minutes, with this wifi here at the hotel, I have no chance of watching this. So enjoy! 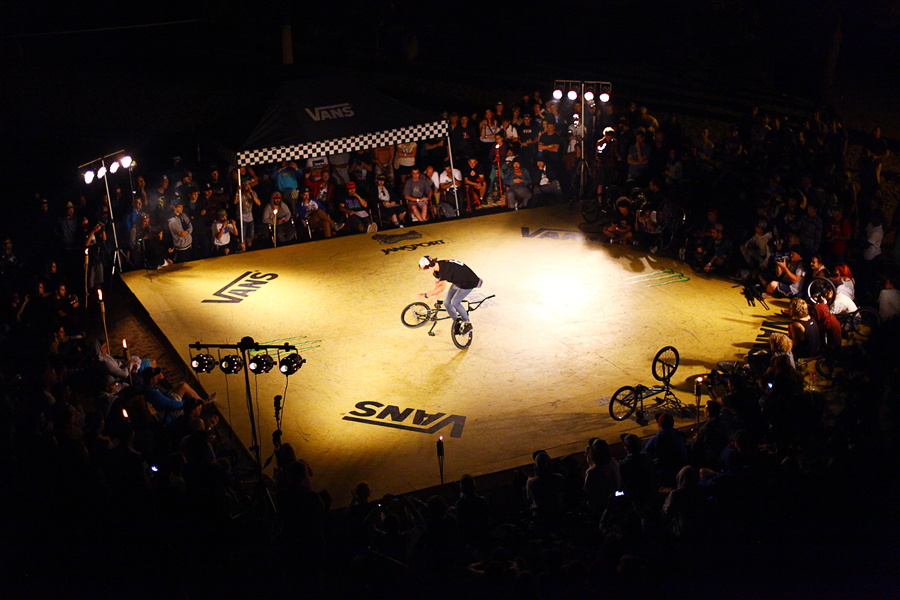 VANS REBELJAM IGNITES SPANISH COASTAL TOWN WITH PROGRESSIVE TRICKS & BMX INNOVATION
Tossa de Mar, Spain 7 October 2012. The world’s top BMX riders gathered in Tossa de Mar, Spain this weekend, 5-7 October, to ride the Street, Flatland, Park and Dirt features of the incredible Europark set up during the 6th Annual Vans Rebel Jam.
Saturday’s qualifiers narrowed the field for Sunday’s Street, Park & Dirt finals, and the flatland finals took place in an isolated cove on the seaside, with some spectators crowded around the platform, sand in their toes, the others dotted high in the cliffs overlooking the action. Creativity, Hard Trick and Style awards were up for grabs in flatland, which is a different format compared to the one point score used normally. In the end, 2012 Flatland world champion Matthias Dandois from France amazed the gathered crowd and grabbed the style award, Jesse Puente from the USA won the Creative Award and flatland veteran Alexis Desolneux took the Hard Trick award back to France.
On Sunday the Vans Rebeljam continued with a straight final in the pro dirt class. The field of pro riders was split into groups and each rider got to roll down the hill three times to impress the judges. With a good crowd enjoying the riding it was Daniel Sandoval who ruled the dirt jumps. After making it to the last sets via the trail section on the top of the hill, the American busted loose over the trick sets and won both the Hard Trick and style award.
Up next was the street contest at the Eurocamp facility. The newly built stair/rail/ledge section had serious dimensions but it didn’t hold back the riders one bit. Diogo Santos from Portugal scored high with his 180 crooked grind to 180 down the rail. Third place was his. Germany’s Bruno Hoffmann needed his teammate’s bike to finish the tricks he had in mind, but it worked in the end as he pulled the Luc-E grind to 180 off the 2 meter high ledge to the delight of the crowd. But it wasn’t over because first place qualifier Dan Lacey (UK) was on fire on Sunday too and pulled what he wanted to do. First place was his as he destroyed the new obstacle.
The park set up at Eurocamp had many lines which riders got to use on their own during their runs. The 24 finalists were split into six groups of four for 10 minute jam sessions plus time for a last trick for each rider. In the Spanish sunshine Kevin Kalkoff styled around the course and found more lines than any other rider. His speed and flow was amazing. The style award went to the Frenchman. Gary Young is known to use a course differently than others so having a Creative Award to give away, the American had good chances to get it. With a score of 90,80 he beat second place winner Ben Hennon with 2,80 points, winning the award. You don’t see double backflips every day but Andrew Buckworth showed more than one in the park finals. The one over the box jump was a no-handed version but after a few attempts the Australian also did a double loop over the spine. The final award of the event (Hard Trick) went to the young Australian.

Rebeljam number 6 is in the pocket and it was another good one. The vibe was chill and the scene was impressive. Eurocamp now has new ramps to enjoy thanks to the event being held in Tossa de Mar.

Results for all events at: http://www.rebeljam.com/ 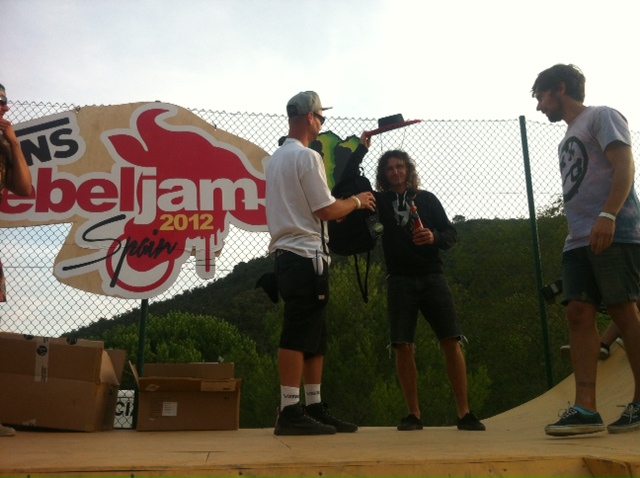 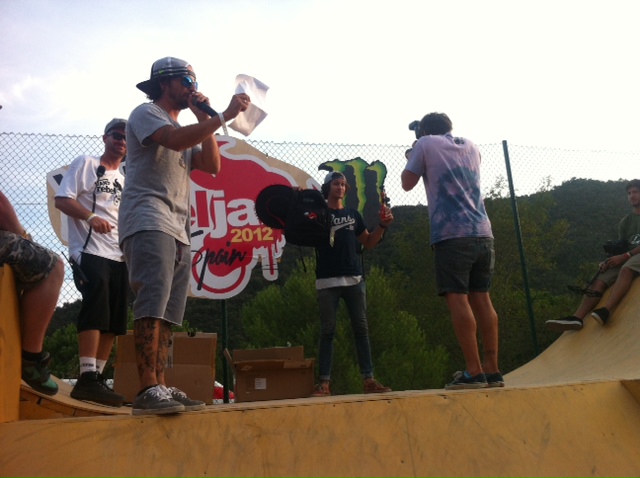 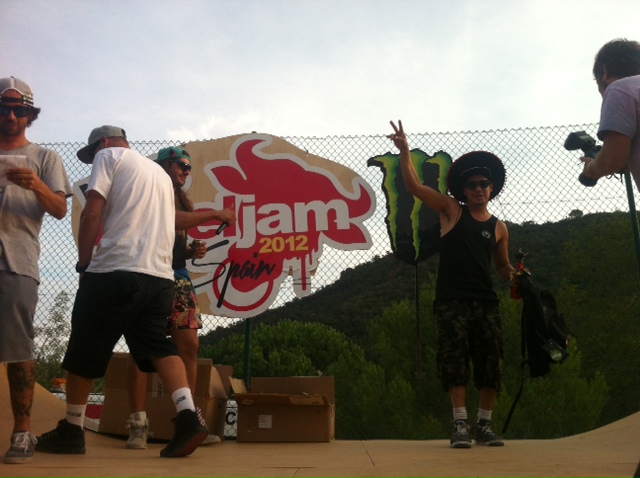 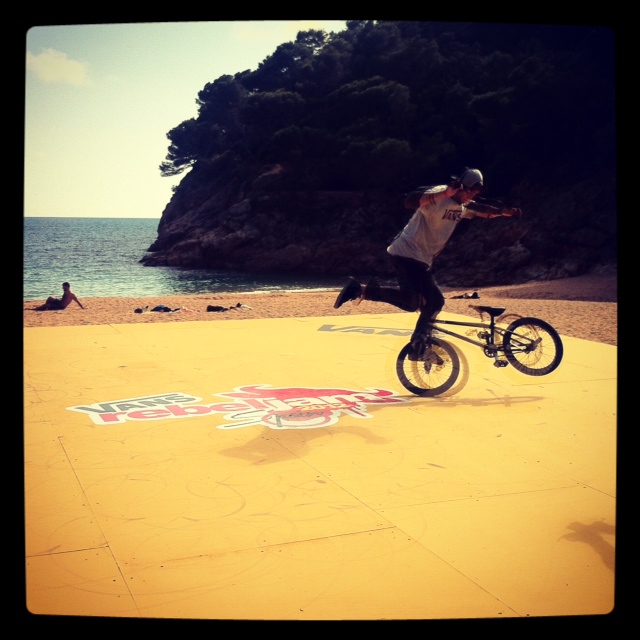 Prelims just finished about 30 minutes ago. Finals will start in 40 mins, 630 Spanish time, 530 GMT. Here are the qualifying results! Matthias Dandois qualified first and will ride last, the top 12 make the final! Congrats to everybody that made the finals.