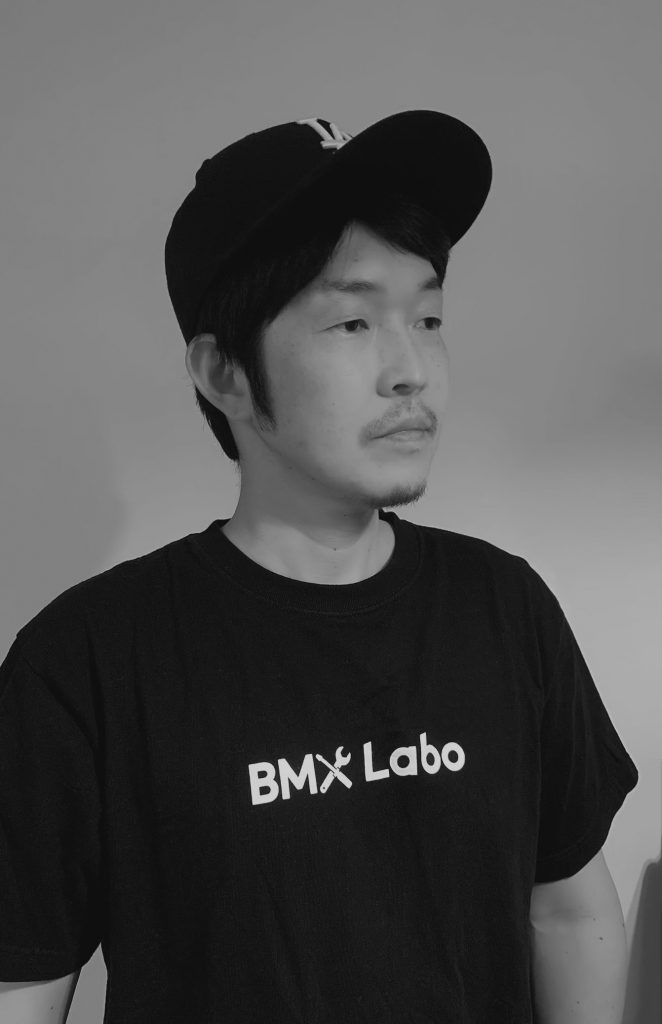 In the late ’90s, top Japanese flatland riders emerged from nowhere and started competing in the X-Games hosted by ESPN, the most prominent sports channel in the US.

By the early ’00s, it wasn’t surprising that Japanese riders were on the podium of international contests. The Japanese scene attracted riders’ attention worldwide, and they invented new techniques and trends one after another.

Yoshihiro Shinde has been one of the top riders in Japan for a long time. He continues to pursue Flatland while working as a product designer for an enterprise company on the first section of the Tokyo Stock Exchange.

He is in his forties and does not ride BMX for a living. However, when he said he wanted to master BMX, his words somehow resonated with me. Even though I had left the BMX scene, I wanted to know what the word meant.

While many riders stick with only certain tricks, he has mastered all kinds of tricks since he started riding. Stating “I want to master BMX Flatland” would probably sound cliche, but I felt he was sincere in his view of Flatland and his weighty words.

He continues pursuing Flatland to master it, entirely different from riding for love, money, or fame. Here is his story.