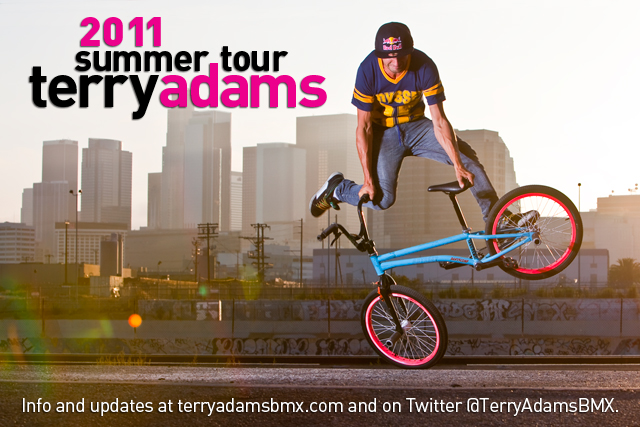 Terry hit us up with news of his summer tour coming right up, if your anywhere near any of the locations he’s hitting up, go hang out and watch Terry ride! Dates are below.