As we kick off 2014, it’s time to bring back the top 5’s feature we have been previously been running for a few years. And who better to begin with than Tyler Gillard, a name on everyone lips at the moment with the design of the Profile freecoaster! This top 5’s feature grew into something a lil’ bigger, enjoy Tyler’s list and some great photographs! 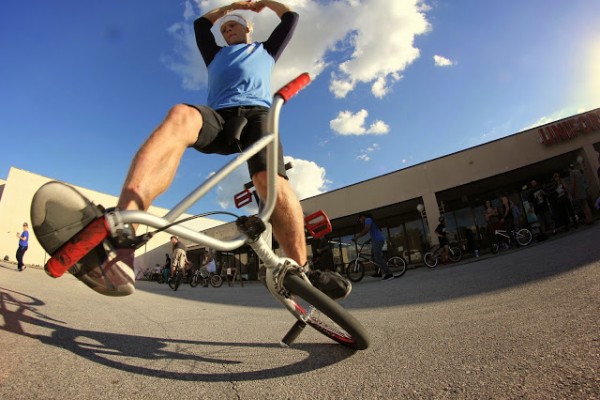 Amazing shot of Tyler pumping a foot on bar cliffhanger!

Web edits: I don’t watch web edits on a daily basis, so once every week or two, I’ll go through Flatmatters and watch several at a time. Jason Plourde’s “Trasitions” and all of the Autum “My Frame” are the most recent videos I’ve viewed. Anything produced Sevisual and Jim McKay are always pleasing to watch. I really enjoy videos put out by Waldemar, Dominik N., Bruno Zebu, and Mateus Beckmann.

Places to visit: These are places that I’ve actually visited: Chengdu and Beijing, China, Quebec to visit Dub, and all of the Quebec scene, Germany because it’s beautiful and full of dope riders, Santa Cruz, California for the serenity and friendliness of the town, and anywhere with a great place to ride, tight scene, and great times to be had in the USA.

Websites/blogs: Flatmattersonline.com and Global-Flat.com to keep up to date with the world of Flatland. Facebook (and the random websites I land on from clicking on an article from my newsfeed), Youtube, Kickass.to, Profileracing.com, Freegun.com, and boldlife.vemma.com.

Tricks: Anyone throwing awesome tricks! I’ve always had a thing for Tj Perry’s riding since the age of 15. I’m inspired by the technicality of Dominik, power of Jason Plourde and Waldemar, speed & control of Dub, front wheel links of Dez, progression of Matthias Beckman, and crazy difficulty of Bruno Zebu. I’m generally inspired by anyone really pushing for what they want in their riding. 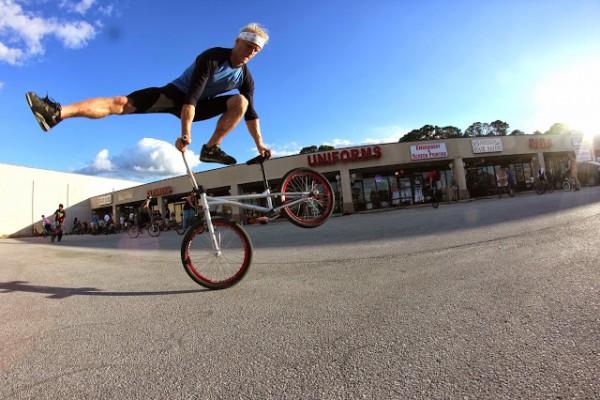 Reasons to leave your town/city: For better opportunities, to travel, experience different cultures and ways that people live, ride with new people, become apart of a scene that doesn’t require driving one hour to ride and one hour home, contests, a change of scenery, to eat different foods, and better places to ride.

Things to do in Florida: Hang out at one of the many beaches, ride flatland (or train for sport for that matter) all year, play in the unexpected rain, swat at mosquitos, sweat, go swimming in December, theme parks like Disney World, Sea World, Wet ‘N Wild, Legoland, and Busch Gardens, the Everglades, Key West, boating, fishing, surfing, wear shorts and a tee shirt during “Winter,” hang out at Bent’s Schwinn Cyclery, pick out the “snow birds” or Northerners driving during the winter, avoid spiders and snakes, eat oranges, wear sunglasses, carry umbrellas during the summer, go to the beach any time of the year, host riders visiting to escape their snowy winter, see Marcos perform in Cirque du Soleil, and eat oranges.

Current Albums to listen to: Flume and Flume remixes. Floor.

Travel Destinations: First: Japan – I’ve always wanted to go, and believe the motivation of the scene would be incredible to experience. I’d love to visit Dez in the Netherlands, Chris Bohm in Switzerland, Rayk in Germany, all of Europe, South America, India, Indonesia, Africa…the world! 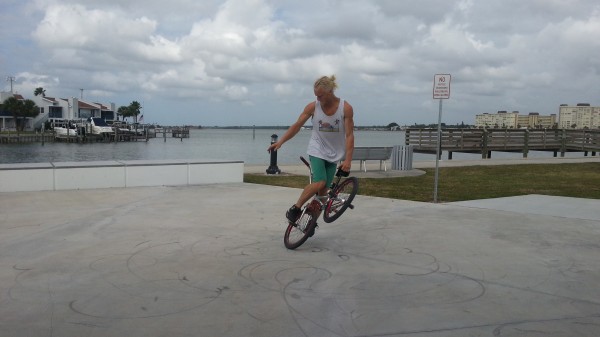 Things that piss you off: I wouldn’t say that these things piss me off, but things that don’t please me: Whenever it’s raining when I’m ready to ride, leaving to ride, while I’m riding, or don’t have access to a covered spot; getting kicked out of spots; strong wind when riding; blowing a tube out during your session, or getting to your spot to find that your tire has deflated overnight; not having a tool that I need; injuries and soreness; ripping a favorite pair of pants; paying for gas; unhealthy foods costing significantly less than healthy foods.

Non Riding Movies: I don’t watch movies too often, and I probably won’t name them all, but I really enjoy movies that captivate a part of my brain to make me think, well done movie adaptations of books, or anything with a unique plot. A few off of the top of my head include: The Ninth Gate, Fight Club, Pan’s Labrynth, Altered States, 12 Monkeys, Inception, and Brazil. Movies with Brad Pitt, Johnny Depp, Leonardo DiCaprio, and Edward Norton are usually enjoyable.

Flatland dislikes: Pulling anything – link, switch, or combo – and messing up the ride out. Landing a new trick, then not landing it again for the rest of the session. Messing up on tricks that are consistent. My bars or seat moving (this creates an obsession of moving my parts around the rest of the session). As mentioned previously, my obsessive nature with adjusting my handlebar and seat positions when my bike doesn’t feel “right” to me.

Flatland loves: Pulling tricks effortlessly. Getting into a zen, focus mode during my session and tuning out completely. Landing a new trick that you’ve invested a lot of time and energy into learning. The feeling of riding flatland or being on a bike, how it feels to spin for as long and fast as you want. The feeling of floating that occurs in any trick, because that’s what flatland feels like: floating.

Workout routines: Oh how I’ve been slacking off since returning from China; however, the workouts I was doing were specifically to condition and fix the asymmetry in my body created from riding. In the beginning of 2012, I began experiencing excruciating lower back pain that would have me not riding for one to three days between sessions. This was due to a curvature in my lumbar spine (lower spine) and my hips not only being rotated “clockwise” or toward the right side of my body, but the left side of my hips was elevated much higher than my right side. Because of my externally rotated, anterior tilted pelvis, I had to do something to correct this, or suffer not progressing, not riding often, and becoming a worse rider overall. This led me to consult a co-worker of mine and a personal trainer who put together a work out protocol specifically designed to correct my hips and spine. Most of the exercises were based around strengthening my gluteal (butt) muscles, balancing the strength in my legs overall, strengthening my shoulders and core, and stretching before and after the workout. If you don’t own one, buy a foam roller!

Thanks Tyler! This was fun! Look for the next Top 5’s in a few weeks. Who’s next? 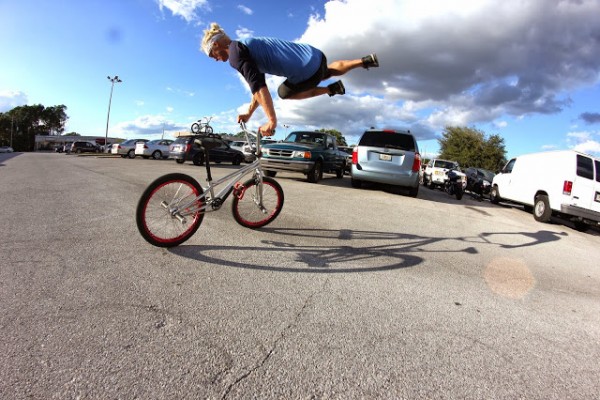