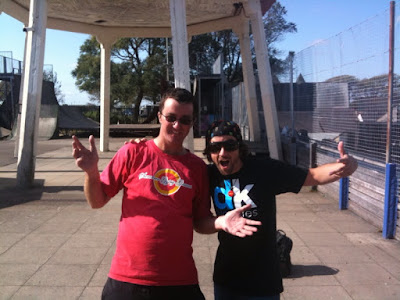 This weekend just gone has been one of the best weekends for me in long time!! The Nike 6.0 tunnel jam was scheduled for Saturday, and riders from all over the globe started turning up at Southsea on the friday, Garrett Reynolds, the DK team (Mad Dog, Catfish, Drew Bezansen, Josh Cox, and tm Mason Smith).
Friday saw Drew kill Southsea skatepark, ive never seen anything like it!!! Came in and almost no warm up, starting firing out moves i’ve seen before, over the sub box to disaster on the roof to bars in!! One of the best bike riders ever!! Personally for me the highlight for me was riding flat in the rink with Mason and Catfish, old school session plus normal riding took place, super fun!! 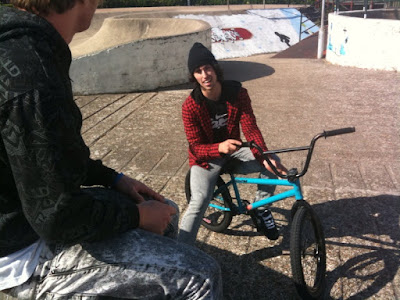 Above-Garrett Reynolds came to shoot some television interviews with Nike 6.0 for an upcoming Channel 4 production, super cool to hangout with him, one of the raddest bike riders alive at the park, I was stoked!! 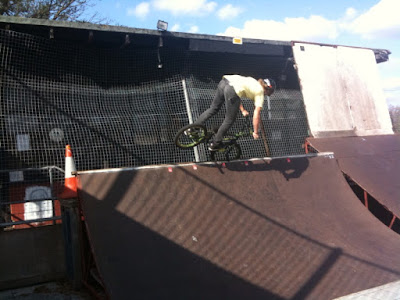 Drew Bezensen is a machine, he’ll come to your park and shut it down, on the King Kong event on sunday at the park, he threw ice to bars on the spine wall ride, only one other rider has ever iced that!!! Insane, its a good 9ft up from the deck of mini and very close!!!Thanks to the dk team for coming down to the park and supporting, we raised a lot of money to help with repairs at the park! 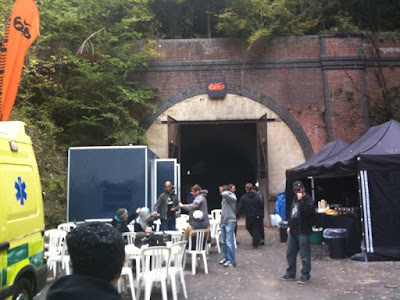 Saturday was of course the Tunnel jam, held on private land somewhere around Petersfield, I couldnt even tell you how to get there, its not that kind of place anyway. The course staying after the event was one great example how Nike are giving back to the sport!! Even crazier is we can ride flatland in there soon!!! A lot of work went down from all the locals, and now they have one of best spots ever to ride.
Spectator numbers were limited due to the limited amount of space, Nike laid on food and drink all day, big screen for all those that couldnt get in the tunnel.
The jam worked in team format, ten teams, top four qualified, Im waiting for the videos, crazy flow from all the riders, I will post the videos when they start appearing, words wouldnt do it justice, this whole event was work of art!!Amazing!!!
The locals are going to be loving it!! Im stoked to just have gone there!! Check the photos below for an idea of just how good this place is, trails feel to the place, crazy lines went down, you really have to see the videos to understand.
The team event was won by the Global Nike 6.0 team (Garrett Reynolds, Dennis Enerson, Maxime Cherveron & Bommel)…
The riders voted for their rider of the day, that was won by Baz Keep, f yeah!!!
Best line by Dan Lacey, gap to ruben wall ride 180 gap to ruben wall ride on other side of tunnel, emmense!!
Best trick by Jason Phelan, massive tailwhip gap to grind!! 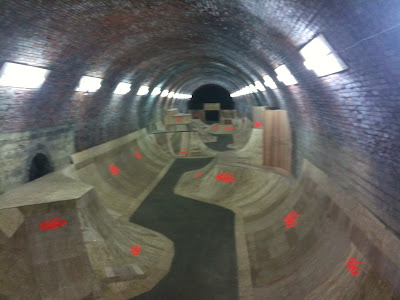 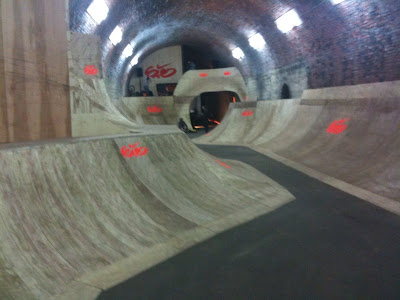 I can’t wait to ride there, on both ramp and flat hehe!!

Thanks to Will Smyth and all the Nike 6.0 crew for hooking up such a professional event and giving back to the bmx community, feeling that a lot this weekend!!! Great to catch up with old faces this weekend. BMX is great!!