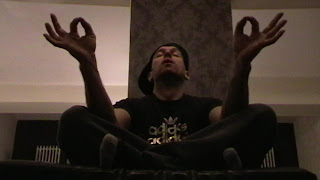 After last week’s aggressive episode. I think it’s time to take a chill pill.
Get the pop corn out, pull up the foot rest and press play…..the time has come to run down my top ten cycling films. No! not flatland! not even much BMX… these are full length feature films and there all crackers. Enjoy…
At number 10 it’s Rad, This is pure rubbish…so rubbish it’s Cool.
In at number nine – ‘Breaking Away’ the film tells the story of four teenagers who are not sure what they want to do with their lives. Sound Familiar? This is a must watch.
Number eight ‘American Flyers’  A 1985 film starringKevin Costner.  Typical American rubbish about the underdog coming through and beating the baddie. Love it could watch it over and over.
At Seven ‘BMX Bandits’: for Nicole Kidman and the theme tune alone this has got to be one of the best BMX films!
And at Six it’s the …‘The Bicycle Thief’ I don’t think this film would ever expected be mentioned on the same page as BMX Bandits!! The Bicycle Thief, a 1948 film. It’s the story of a poor man who searches the streets of Rome for his stolen bicycle, which he needs to be able to work. One of the greatest films of all time. Watch It!
At Five.. The Flying Scotsman – True account of the extraordinary and remarkable Scottish cyclist – Graeme Obree. Great film love the way he was always tinkering with part improvement, a man after my own heart.
In fourth place – Quicksilver. Wicked bit of BMX Flatland History in the middle. Worth watching just for that.
At Three is E.T. Forget the BMX Bits just Pass me the tissues please. I’m gonna blub.
Almost there…at two, is the Chinese film Beijing Bicycle. Originally banned in its home country, the film tells the moving story of a seventeen-year-old country boy who comes to Beijing for a job. He gets employment with a courier company, but disaster strikes when his company bicycle is stolen and he does everything in his powers to find it. A charming coming-of-age story, this film is a must see for an intriguing insight into Chinese status.
Drum roll please….Straight in at number one is ‘Butch Cassidy and The Sundance Kid’. What the hell does that have to do with cycling you ask. Well it’s a western that has a musical montage on a bicycle. Only in America could a character called Butch prattle around with a girl on a bike to the tune of “Raindrops Keep Falling On My Head”.  Brilliant! Check it out.