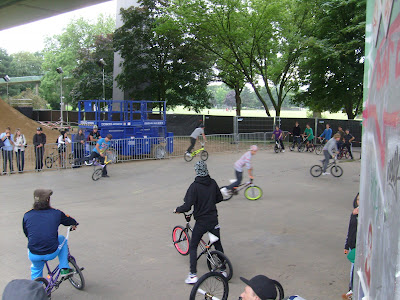 On the friday morning it was raining, this became a feature of the whole weekend, which made running the event very difficult, due to the tight budget this year with suzuki pulling out, there was no tent. I was not aware of this until I turned up with Big Geoff. So our first thought was to run am flat qualifiers under the bridge, that way keeping it focussed to the event, branding accessible, mic, music, would work, downfall was small spot, and very dusty as next to dirt jump. The am riders werent happy with the spot, so we moved on to Mike S’s home spot, thanks to Mike for letting us use his home riding spot!!! 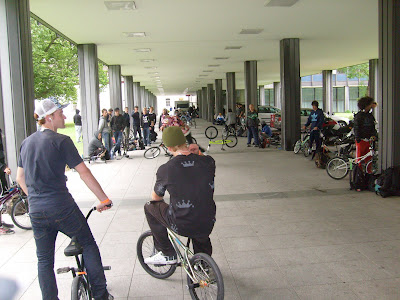 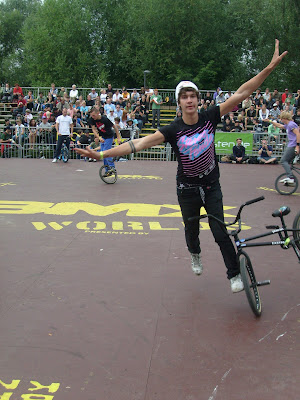 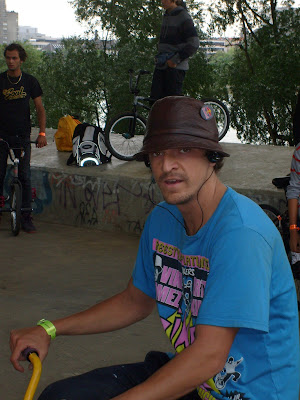 Martti Kuoppa is back, fully focussed on riding, he was riding brakeless and killing it all weekend, first place qualifier in pro flat. I wanted to capture the look in his eyes, but he busted me just as was taking shot…. 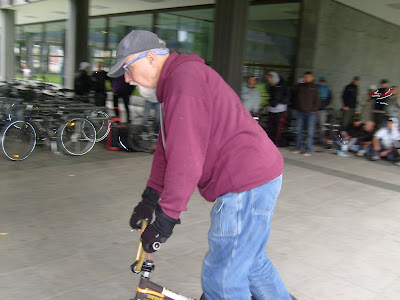 The oldest guy in the contest, awesome to see, Michael Veit from germany..Giving Rad Dad a run for his money, I tried to find out his age, but couldnt find it out..any German riders reading this know??

6 thoughts on “Worlds pictorial part one”