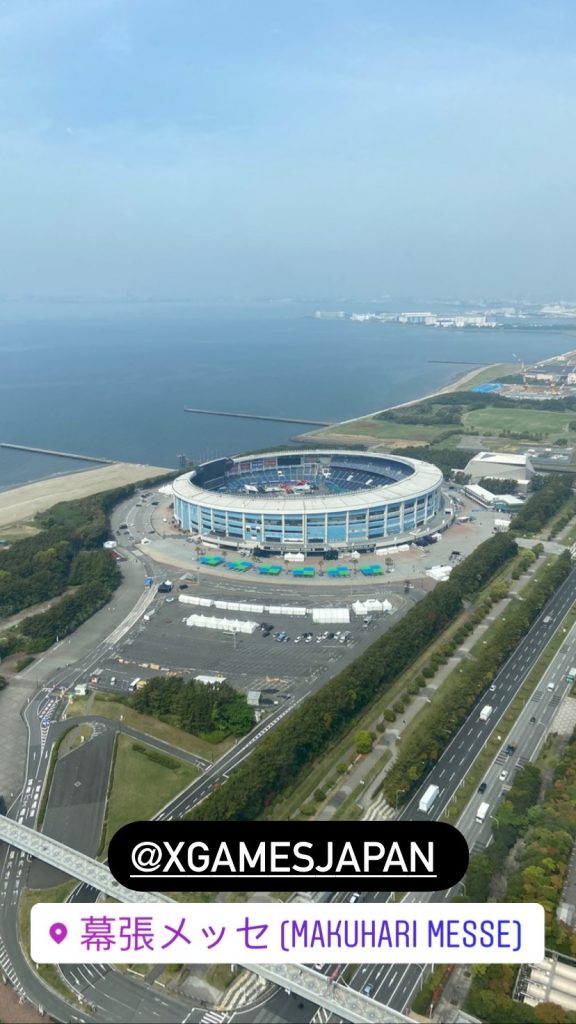 Day 2 here in beautiful Chiba, Japan and my first full day at the X Games. The first nights sleeping is always so hard, and after waking p at 2am, I managed to fall sleep until 7am.
First things and breakfast was a fun catch up with the X Games organisers, and then caught up with riders, Broc Raiford, Terry Adams, Matthias Dandois, Varo Hernandez and many more.
After a breakfast it was time for the daily covid test, and then over to the venue, which I got a great view from breakfast.( Check the photo.) 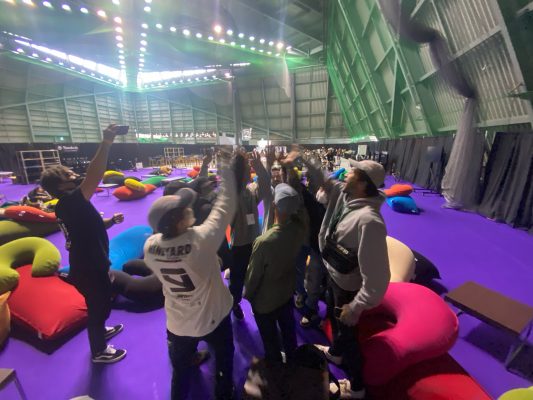 The first port of call for the day, was the rider meeting at 11am in the athletes lounge, after a little bit of tense meeting it was decided to draw the names of the hat for the battles on Friday night. Some riders wanted to have a seeding by having a qualification round, others wanted the lottery aspect of battling. So after much knashing of teeth it was decided to draw names out of the hat, and go that route. 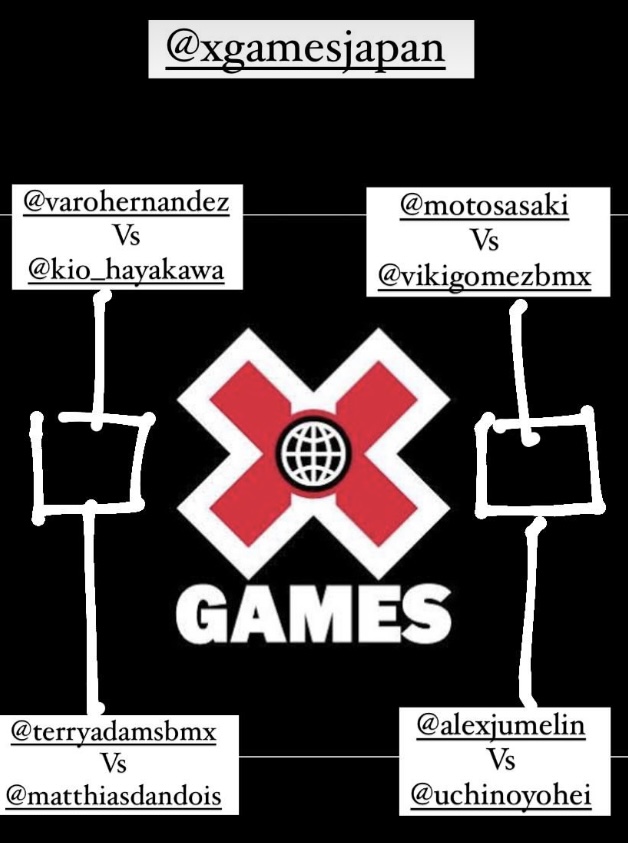 After the meeting, it was time to go and check out the stadium. And wow, it’s impressive! The flatland floor is absolutely huge, sheeted perfectly, with what looks like an oak framework. There is no bounce in this floor, and the size of floor is enough for eight riders riding. Great attention to detail from the X Games Japan team, where Flatland does really matter! 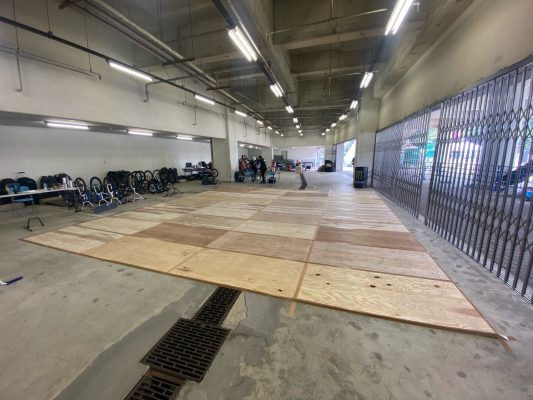 Even little details about the event, like the undercover flatland spot is just so good in the bike storage area just close to the flatland area. The stadium has the feel of Wembley stadium back in the UK, and for flatland to be in the mix in such a prominent spot just feels amazing. Throughout the day, pro street riders joined in the flatland practise and skateboarders stopped to watch and take it all in. 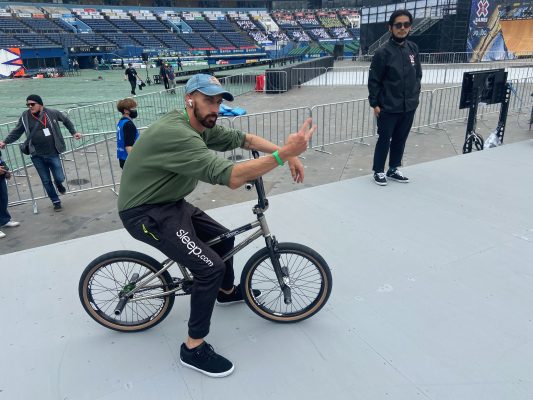 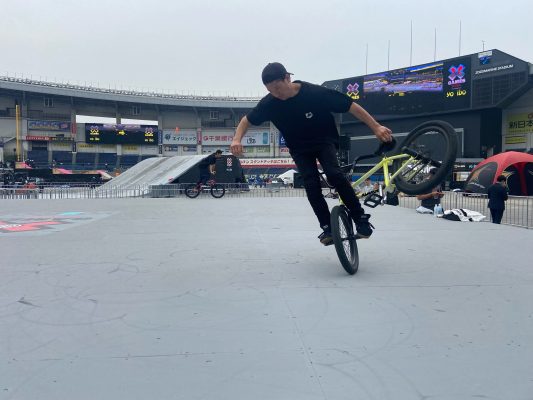 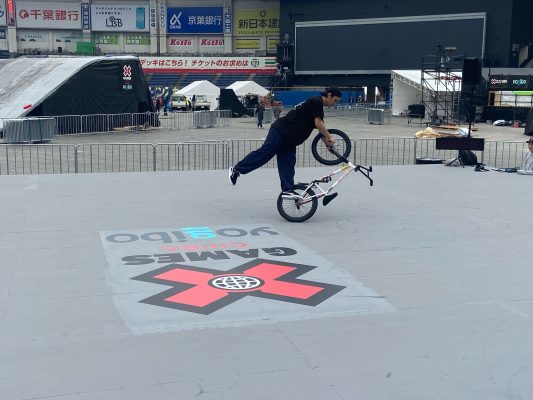 Practise was as you can imagine pretty crazy once the riders had got warmed up and used to the floor. With the judging format heavily weighted towards progression and originality the riders were really going for their hardest tricks, which is absolutely what you want to see at the X Games as the best in the world hunt down the gold medal. 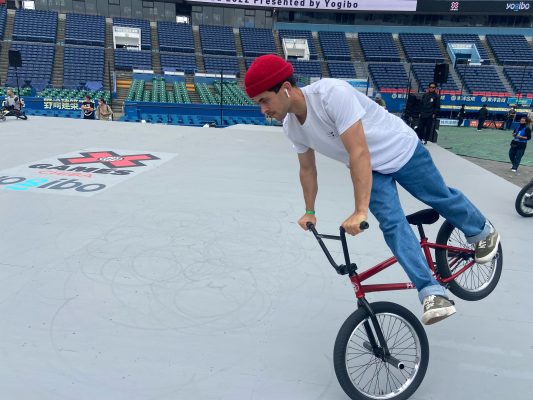 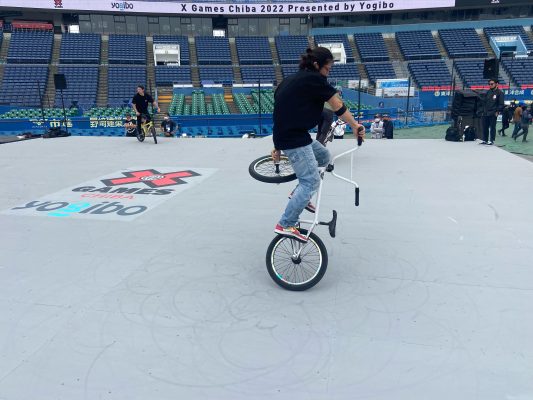 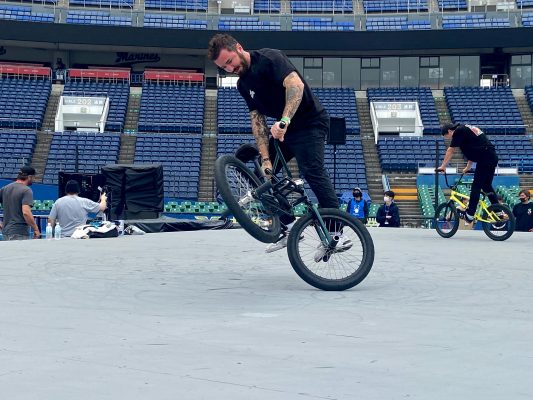 The final battles will go down tomorrow night at 7pm Japanese time, I’m not to sure yet if it’s a live stream I can show here on Flatmattersonline or you have to pay via ESPN. But, be sure to know. If I can get it on the site, it will be up for sure. The photo of Varo Hernandez just reminded me, there was a nice moment in the practise where Varo who is riding Devon Smilie’s signature Fy Bikes frame gave his bike to Devon and he started busting out a few basic rolling tricks and even started to try Matthias’ backwards spinning manual on the pedals. Lewis Mills also joined in on the session, and their appreciation for flatland was so good to see. As Lewis commented “it’s so much more impressive in real life”… 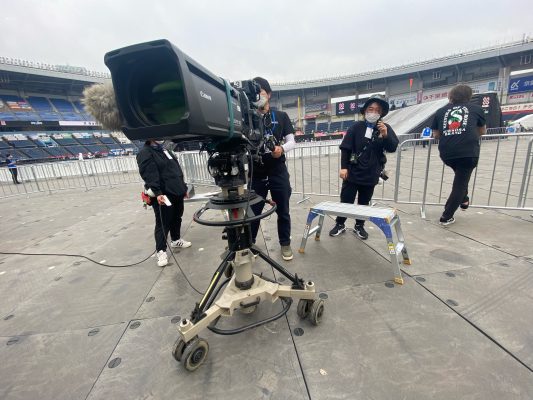 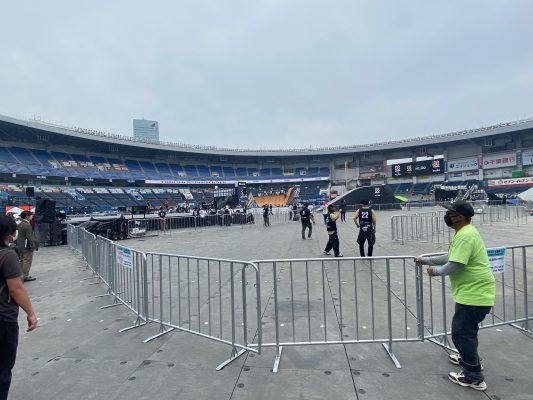 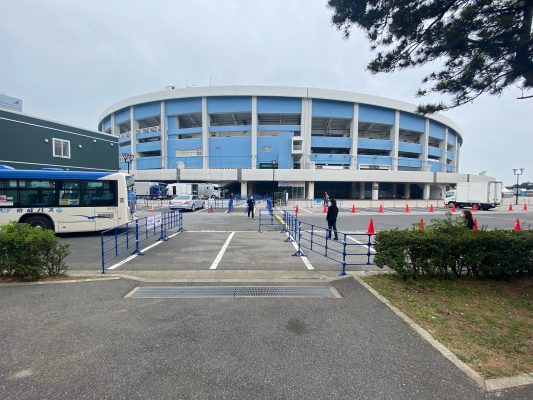 X Games runs differently than most events, and judging will be no different. As many of you will know, I have judged a lot of events. Tomorrow is a new experience for me, judging through a monitor high up in stadium. Tomorrow morning we testing the camera angles for the best possible viewing point for the judges, which are myself, Simon O’Brien and York Uno. 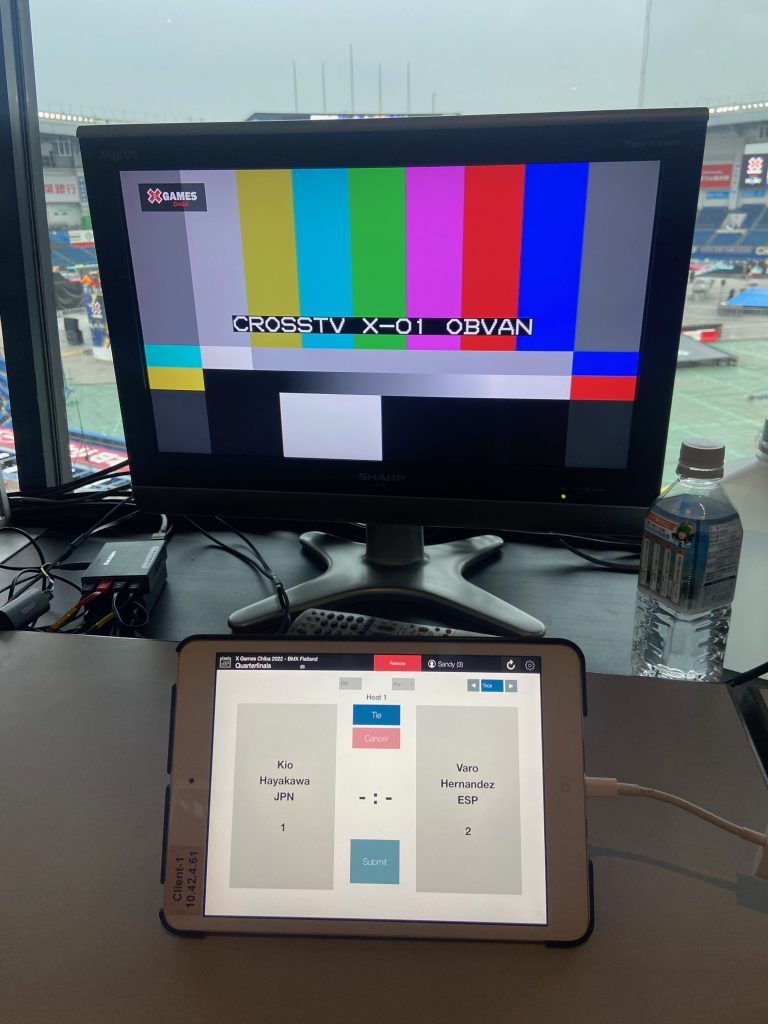 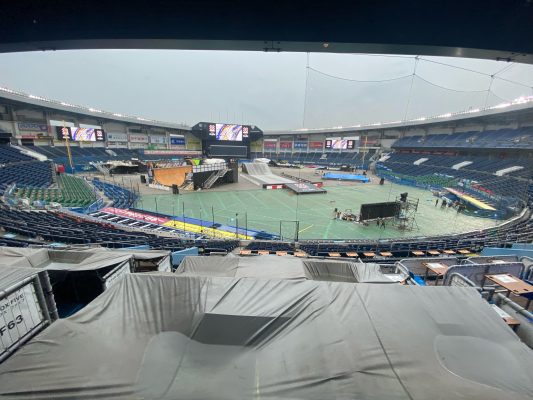 Practise finished around 5pm, and the rain came in once again. Hopefully its cleared by tomorrow. I had a great catch up with York Uno whilst we had dinner, talking all things Ares Bikes, Japanese riders, X games history (we competed together back in the day), me giving York his first BMX magazine coverage for the Ares brand 22 years ago in Ride UK. So crazy to hear that. Its been a great day here in Japan, and we are all set for tomorrows showdown. Practise starts at 10am, it issure to be a banger!!! I Hope you enjoyed the update from my day, it was fun writing this all out! 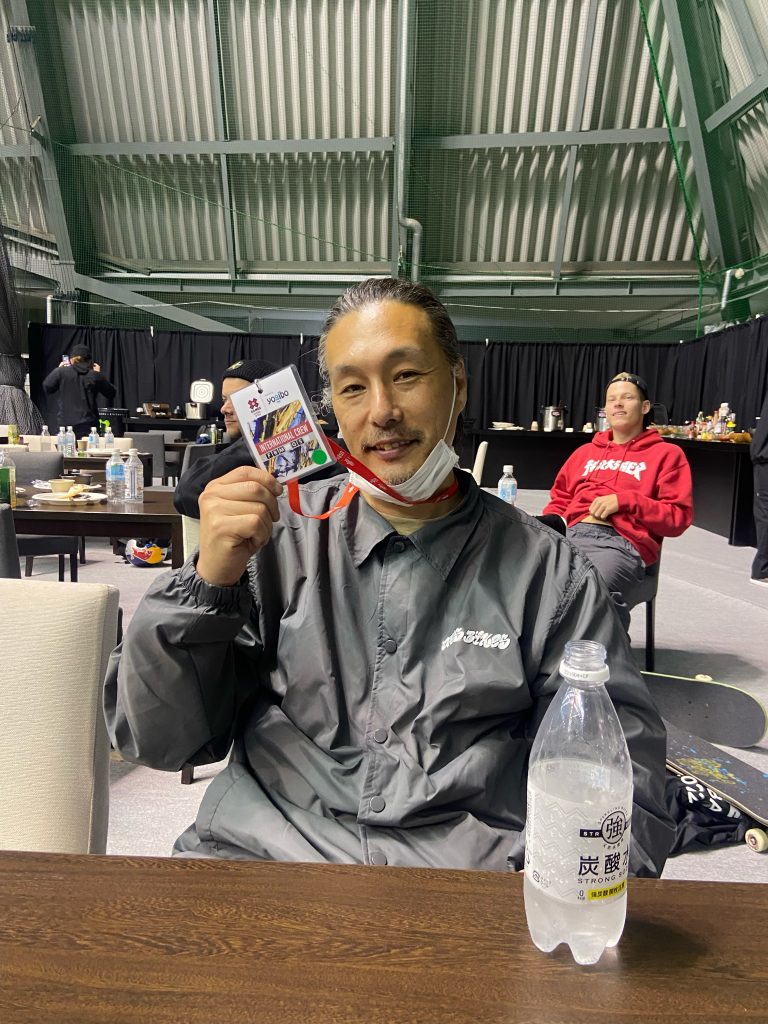