Yesterday we had a pre-jam at the Pit here in York to warm up for the 4th stop of the Am Flat Series. A lot of riders were out there killing it. In that field we had top leader of the expert class Joe Cicman, we had the edit king, Frank Macchio, and even Kevin Jones was out there busting out. A lot of older guys were out there and some young dudes as well. This contest is going to be interesting and I’m excited to see what’s going to happen. Tomorrow we will have the beginners, veterans, and expert classes. It should be a good time. 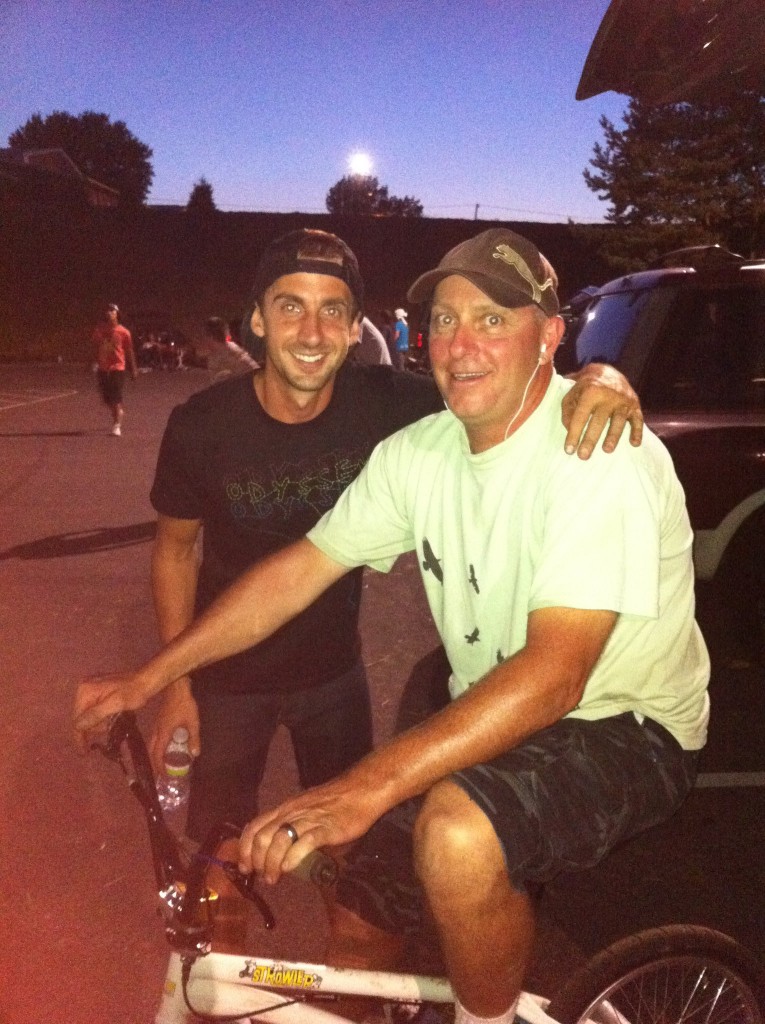 Who’s more stoked here, Terry or the one and only Kevin Jones?

Today, we had three different classes competing against each other. We had Jay-Rod from the Freestyle BMX Shows announcing the event. For the beginners there only four guys in their class, but every single one of them killed it, all rode without any brakes. The next class was the vet class and they all did really good and they were only four guys in that class as well. Their bikes were setup completely opposite from the beginners. They all had front and back brakes.
After the vets had finished everyone had assumed that the expert class would begin. We found out that they got pushed back to 3 PM. I don’t think many people were happy about that. After two and a half hours of practice the expert class finally got underway. There were 15 riders in this class and only 8 would qualify. Somehow, I qualified with seven other riders. During the finals, everyone went off throwing their best stuff down. Joe Cicman again had a flawless run.
After the finals we all headed to the infamous Pit. Terry Adams, Matt Wilhelm, Stephan Cerra, the Gangi dudes, and even a true underground rider Mark Harris were there ripping it up. Even Kevin Jones was riding and talking with everyone. Definitely something you did not want to miss.
Today is going to be the masters and pro contest. It is going to be completely wild.