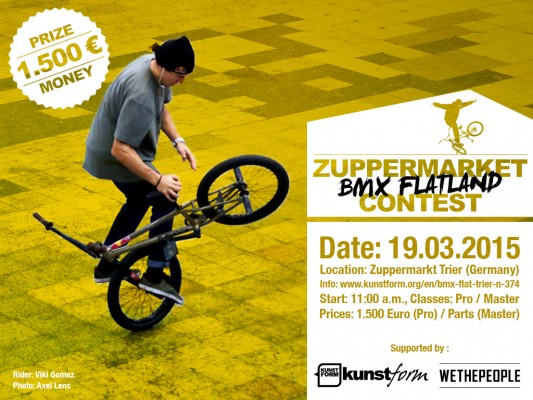 Some new exciting contest news for 2016! Daniel Fuhrmann and Axel Reichertz are running a BMX Flatland Contest in Trier (Germany). Here’s what Daniel had to say:

“It is a skatehall with a nice floor and enough space to run a good session.
You can see sometimes some practice videos of Vikis from there.
Trier is very close to France, Luxembourg, Belgien, Netherlands so i hope there will be some rider from there as well.

Here are the infos: