Thunderstorms and controversy put a bad light over this years Flatland contest at Fise 2011, a heated fight about the battle format riding order between Alex Jumelin and Alain Massabova ruined the weekend for me, theres no place for fighting in such a small sport or any sport for that matter, props to Martti and Viki breaking up the fight,and Viki taking a blow to the face.Who knows what would have happened if they didn’t break it up. There were further arguments about the qualifying result, which was changed from our original decision. Messy!
Not a good weekend at Fise, this will be my last trip to a French contest. Pretty bummed about this! Over it! 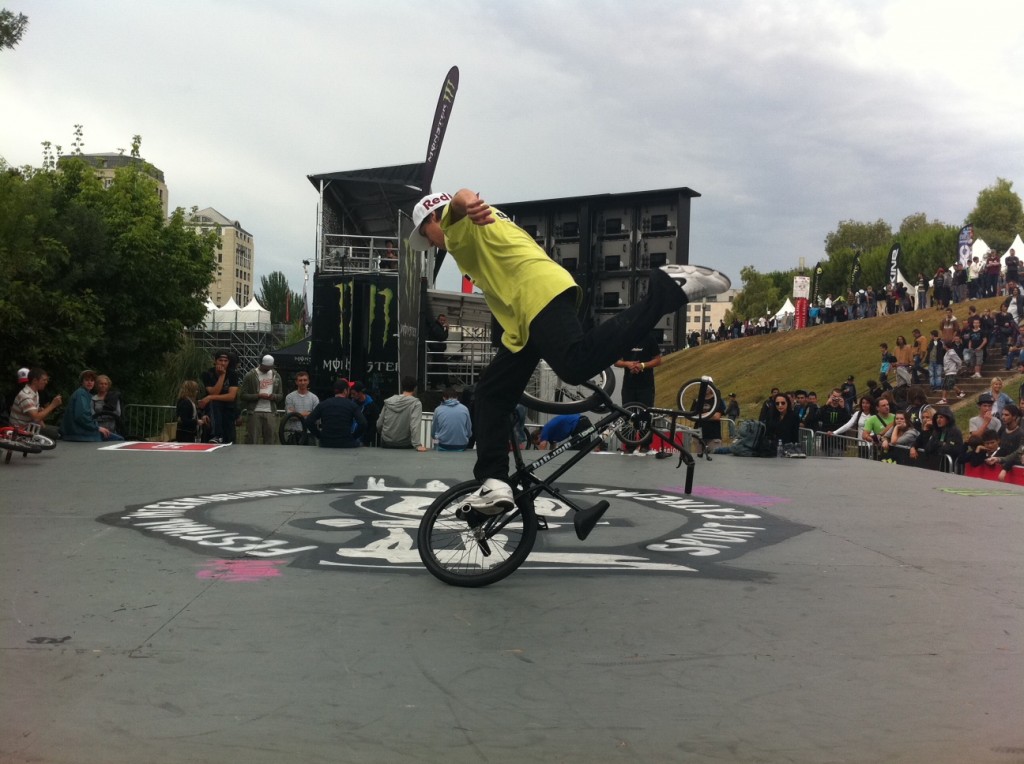 The Final result now is…

40 thoughts on “Viki Gomez wins a rained out Fise!”