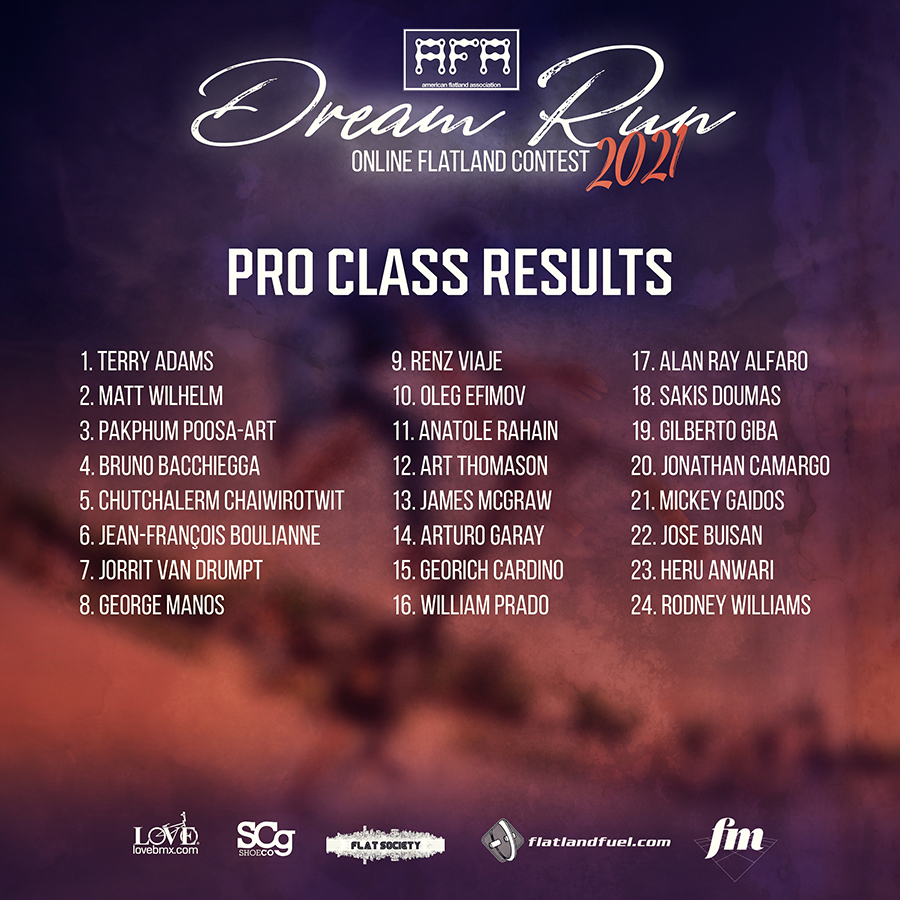 I’m a little late posting the Pro Class results, congratulations to Terry Adams who took the win in the Pro Class with an amazing run packed with progression, originality, and difficulty to boot. Terry was followed on the podium by a man on a comeback, Matt Wilhelm who showed he’s back on a mission. In the third place podium Toon Pakphum threw down a three minute combo that just knocked Bruno Zebu out of the top three, that’s how high level this contest was. Congratulations to everyone throwing down during difficult times, I had a lot of fun judging this event along with Joe Cicman and Austin Luberda.

Thanks Todd Carter and James McGraw for putting this on, and helping keep the flatland community together.

There’s talk of another event later in the year, so stay tuned!